What’s to follow, I’m thinking, will be a slightly wearing slog along the excellent but samey Spanish motorway network, and a similarly lengthy dose in France before we make the Eurotunnel. That said, the scenery through Spain can be pretty diverting, from the combine-harvester-combed fields and reddish earth in the deep south through to the often more rugged, verdant terrain as we head north. It’s amazing how empty much of the countryside looks. Empty enough that our sighting of a sizeable, brand-new and rather beautiful concrete bridge across a valley prompts us to leave the motorway in an effort to get the Dacia close to it. It’ll make a good photo, reckons Papior, and it dawns on me that this massive edifice is a fine example of no-nonsense engineering with a distinct purpose, just like this Dacia is. Not that we know what the bridge’s purpose actually is.

There’s plenty of time to muse on that as we try to get closer along a promising dirt track that turns out to be a dead end. Papior tries Google Maps, which sends us away from the bridge (by now, we’re thinking it could be a huge irrigation viaduct) and away from the motorway too. But not for long. We swing left at a small roundabout and within a couple of hundred metres come upon what appears to be a semi-abandoned village. There are boarded-up houses, crumbling houses, a rather fine old brick and plaster warehouse and, at the end of the road, a lone and rather appealing old crane. It sits on a cobbled platform beside a railway line. This is presumably the one-time goods station of Cañaveral. 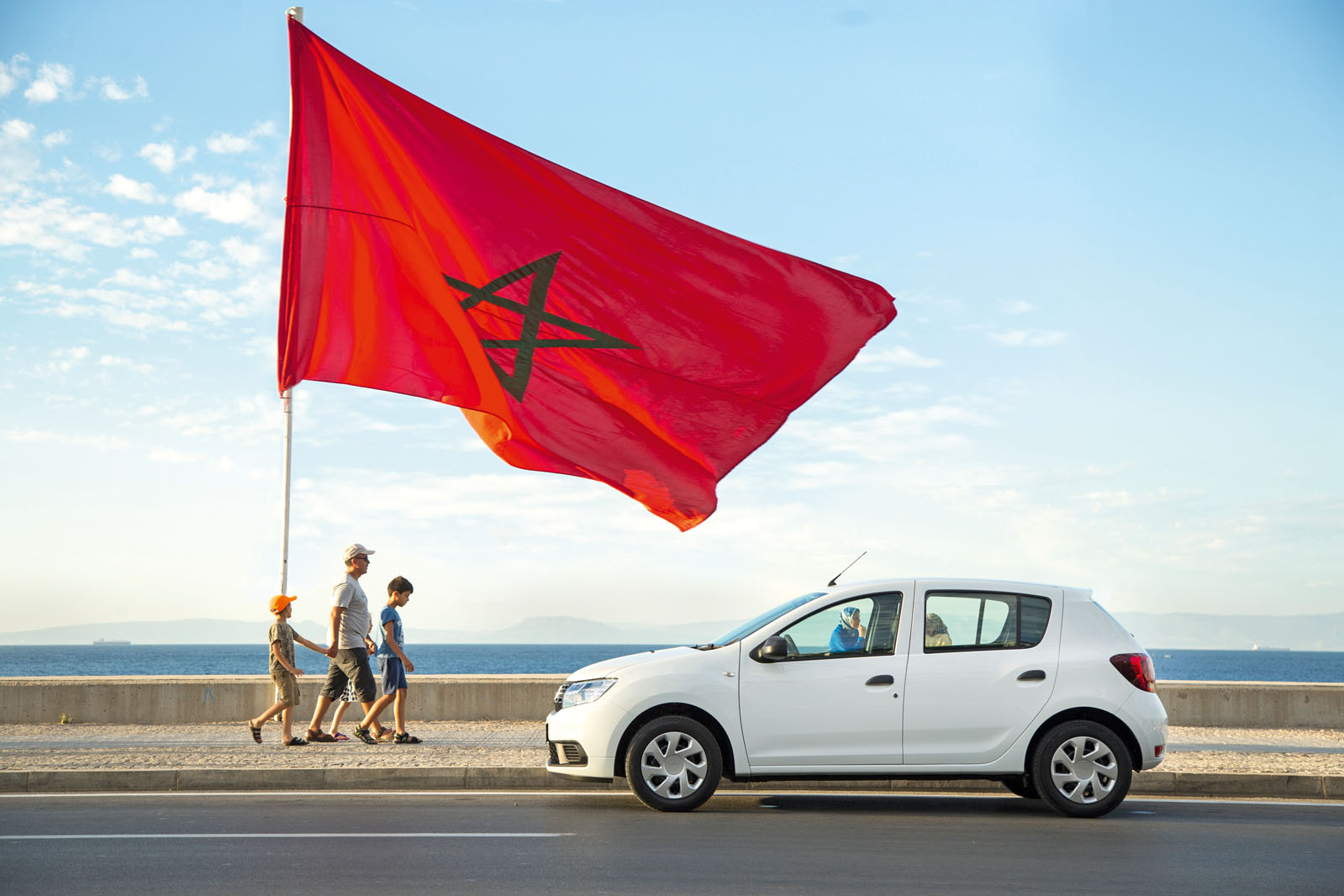 It’s an intriguingly spooky place, although not entirely unoccupied, the heart of the town some distance from this active but still rather forlorn section of railway. Which has a dirt track running beside it. We head down this, back under the motorway on another false trail before finally getting onto a dirt road taking us to the very foot of the bridge’s fat pillars. The Sandero has the traction and ground clearance for this excursion (the Stepway would presumably be even better) besides feeling robustly rattle-free. Only a section of washboard has the dashboard quivering on its mounts. In Morocco, this is the kind of terrain that many a Sandero will deal with daily, and although it could use a more cushioned ride, it’s undoubtedly a high-mileage survivor, as reliability surveys attest. It feels happier on motorways, though, as all cars do.

Where we’re surprised to be doing a lot of overtaking. That’s partly because we’re behind schedule, but also because the Sandero turns out to be rather good at cruising. It has five speeds, as you’d expect given its price and the diminutive engine, but that means you’re usually running close to peak puff, making a 120-140km/h pace pretty effortless. It’ll run faster too, but we don’t need a fat euro-denominated speeding fine. Keeping in this speed band could be easier, though, because the speedo’s km/h markings are unreadable.

Tirupati; Autos back on track after two-month lockdown – The Hans India