In addition to this incriminating image, Geoff Keighley, host of the Game Awards, has announced a new update coming tomorrow at 11:00 a.m. ET from “one of our favorite indie studios.” We’ll be sure to cover the announcement, which seems likely to be the surprise reveal that the DLC is now available.

The Delicious Last Course is described as adding an additional island for players to explore with all-new bosses to fight as well as new weapons and charms to acquire. It also adds the ability to play as a third character, Ms. Chalice.

Don’t deal with the devil 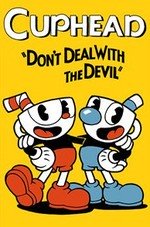 Cuphead is a run and run sidescrolling game focused on unique boss battles in the style of older cartoons, with incredible graphics and sounds that reflect the 1930s.

How to unlock and use Windows 10 20H2 features without upgrading

Xbox Design Lab is temporarily shutting down soon on October 13