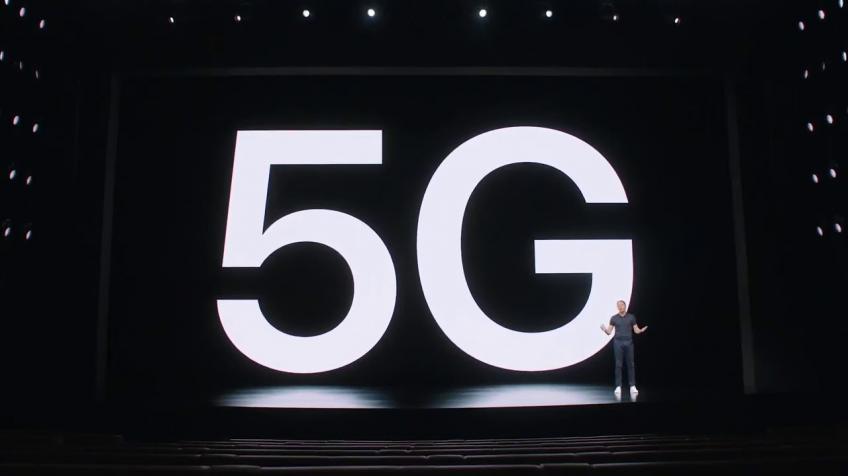 Later this week, the Cupertino, California-based iPhone maker Apple Inc. and the United States’ second largest data carrier Verizon Communications had issued a joint statement saying that the companied had rubber stamped an accord according to which Verizon would be promoting the replacement of its corporate clients’ entire smartphone fleet with Apple Inc.’s newly launched fifth-gen iPhone 12, cementing the way for Apple Inc.

to swamp a large slice of US corporate workforces in a US market which had already been turned into a non-competitive landscape following Trump Administration’s intransigent ban on China’s Huawei Technologies, the frontrunner in fifth-generation race.

In point of fact, latest move from Apple Inc. to partner up with Verizon that would offer its fifth-generation networks to a gauge of US corporate giants with zero upfront costs alongside a zero to low maintenance charge per month in exchange for swapping out their entire fleet of smartphones with Apple Inc.’s newly launched iPhone 12 came forth as the United States’ largest taxpayer had been struggling to stretch out its market share amid a fiercely competitive fifth-generation smartphone market.


On top of that, Apple Inc. had also been more than 12 months behind to rollout its 5G enabled iPhones compared to rival smartphone vendors likes of S.

Korea’s Samsung Electronics, China’s Huawei Technologies and Xiaomi Corp., while Apple’s iPhone sales in China had been terribly slumped over the second and third quarter of the year following an escalation of Sino-US trade row.

Verizon, Apple partner up to swamp corporate workforces with iPhone 12

Nonetheless, while industry experts were contemplating the deal as a sigh of relief for Apple Inc., global sales of which had tumbled horrendously over the recent past, largely in part due to an “America First” policy of the departing Trump Administration that had made enemies with almost all of its trade partners and allies over the past four years, the “Fleet Swap” deal would enable American businesses to exchange their corporate-owned devices with Apple’s iPhone 12 and the New York-headquartered data carrier would provide 5G network connectivity at zero upfront cost alongside a near-zero monthly subscription fees, the companies said in a joint statement. Though, the companies had declined to reveal the financial terms of the deal.

Use Your Smartphone to Take Amazing Astronomy Images – WIVT – NewsChannel 34

Can't get enough Age of Empires? Load up on merch from...