The dramatic fall in the value of cryptocurrencies over the last 48 hours is being driven by global fears surrounding the Omicron variant, industry observers say.

Liquidations and open interest issues may be stabbing at market prices across the board, but it is financial uncertainty over the new Covid-19 strain which is twisting the knife, insist the experts.

Bitcoin – the flagship cryptocurrency – had been looking steady around the $57,000 mark for several days. A shallow decline began to roll on Friday but, suddenly, shortly after 3am on Saturday, the floor gave way and it landed hard on $45k. Other assets followed suit as the trapdoor they had been dancing on since the recent highs jerked violently and gaped open. As Saturday changed into its Sunday best, the price had heaved its way back towards $49,000, but alarm bells were still ringing.

However, looking beyond the initial doom and gloom, there is plenty of cause for optimism on both the near and far horizons, according to the reassuring tones of industry experts.

“The sentiment on the market has decisively soured as a result of deepening concerns regarding the Omicron variant and its effect on the economy,” says Anto Paroian, COO at cryptocurrency hedge fund ARK36.

“The current situation resembles closely what happened in March 2020 as we’re seeing equities plunge five per cent off recent highs and the negativity is spreading to other markets as well including the digital asset markets.

“On the other hand, the current price levels aren’t unexpected after the bulls failed to flip the $60K resistance multiple times in the past few weeks.”

Violent swings topping 20 per cent have been commonplace during previous Bitcoin bull markets and, stresses Paroian, the events of July this year and the following rebound must not be forgotton.

“It must be noted, though, that one of the key Bitcoin bull market indicators – the 20-week simple moving average – has now been decisively breached so the outlook is currently bearish in the short to medium term,” he added.

“What’s more, since there are widespread expectations that interest rates will rise as central banks are signalling a more aggressive stance on inflation, the violent price move in the digital asset market may also suggest that some investors are preparing to go into a risk-off mode for the time being.

“What’s potentially worrying in the short term is that the market still seems oversaturated with leverage which creates conditions where the corrections we’ve just seen are likely to repeat.”

Meanwhile, BEQUANT‘s head of research – Martha Reyes – agreed most of crypto’s current troubles could be traced back to Omicron, but pointed out a major ‘leverage unwind’ was on the cards before Omicron was even identified.

“Digital assets got pushed around by the broader risk of conditions related to Omicron and expectations of a more aggressive Fed but didn’t properly sell off until Friday, on contagion from equities,” she said.

“Hedge funds had been feeling the pain from their exposure to expensive tech names that have been performing poorly (note ARKK innovation fund’s performance). A third of their assets were in this segment and they de-grossed last week to levels not seen since March 2020 according to Goldman Sachs’ prime brokerage.”

Reyes added that Bitcoin had been stuck in a narrow range since late November with stubbornly high open interest – around $22bn – for both perps and options.

“It wasn’t all that clear from funding rates which way this was going. This time it was one for the bears as open interest fell by $4bn, with aggregate funding rates now in negative territory,” she said.

“Bitcoin short term holders’ cost basis was sitting at 53k, and once we broke through that level there was another big leg down. Ethereum open interest at $12 bn had exceeded May’s highs but is now at $9bn, with funding rate also negative.

“It is rare for the VIX to have such big spikes, and usually the market goes on to have positive returns over one to six month periods, as the panic and forced selling from OmniFed subsides, as we saw last January.”

“The crypto markets have become very volatile – the Omicron variant and pressure on the TradFi markets also seem to affect Bitcoin,” he said.

“In contrast, in the bull market of 2017, you also saw several crashes of sometimes up to 38% of its value. There is often a lot of emotion involved with trading. Often, the more afraid you are to step in, the better. And when you’re feeling too confident, it’s often a good moment to step out.” 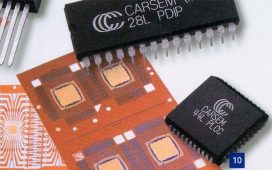 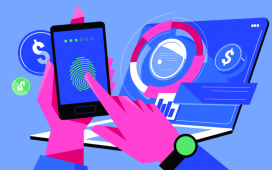 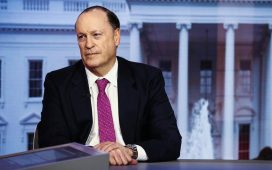 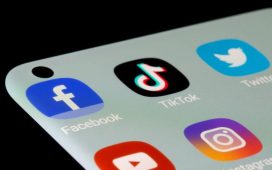