Home Science Creator of one of world's first global computer viruses has regrets after...


Creator of the ‘Love Bug’, one of the world’s first global computer viruses that affected 45 million, now works in a phone repair shop in the Philippines and says he regrets unleashing the malignant files in 2000

The creator of one of the world’s first global computer viruses says he regrets his creation.

Called the Love Bug, or ILOVEYOU, the virus initially spread through email in May 2000, and went on to affect more than 45 million computers worldwide.

It even caused England’s Parliament to disconnect its official email network for several hours to protect sensitive data after an account was exposed. 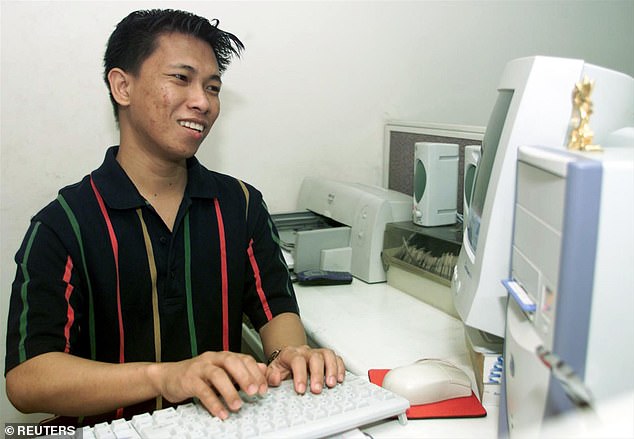 Onel de Guzman created one of the world’s first global viruses, called Love Bug or ILOVEYOU, in 2000, which masqueraded as a love letter sent though email.

The virus was developed by Onel de Guzman, a 24 year-old computer science student at AMA Computer College, and member of a local hacking group called Grammersoft.

Initially, he just used the virus in local chatrooms used by other Filipinos, but when he sent a revised version of the virus out over email, things quickly got out of hand.

‘I didn’t expect it would get to the US and Europe,’ de Guzman said in a BBC report. ‘I was surprised.’

The virus arrived in people’s inboxes with the subject ‘ILOVEYOU’ and a message containing a Visual Basic script file that would automatically upload the virus to anyone who clicked on it.

‘kindly check the attached LOVELETTER coming from me,’ the message said.

The virus would overwrite random files and send a copy of itself to every other address in a person’s email address book, which helped it spread so quickly.

“I figured out that many people want a boyfriend, they want each other, they want love, so I called it that,” de Guzman said. 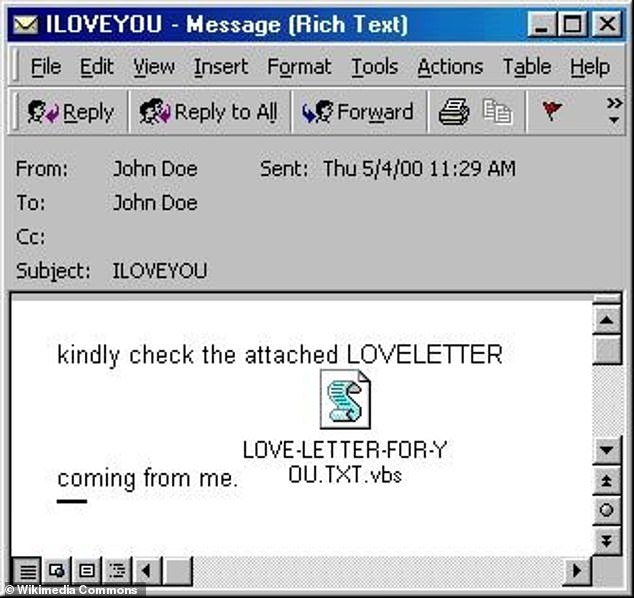 de Guzman says he created the virus because he couldn’t afford regular internet access and wanted to steal other people’s login information for their dial-up accounts. Today he works as a smartphone repair person and says he regrets having spread the virus

According to de Guzman, he’d gone out drinking with a friend after sending the first email, and by the time he returned home, the police were looking for him.

The Philippines’ National Bureau of Investigation tried to charge him with a number of different felony counts, but none were successful as the laws at the time hadn’t been written to account for computer viruses.

‘Sometimes I get my picture on the internet,’ he said.

Salmon skin bags and a seal intestine raincoat: How 19th century Arctic treasures are being brought back to life

Chris Hoy: 'I had no natural ability as a cyclist!'