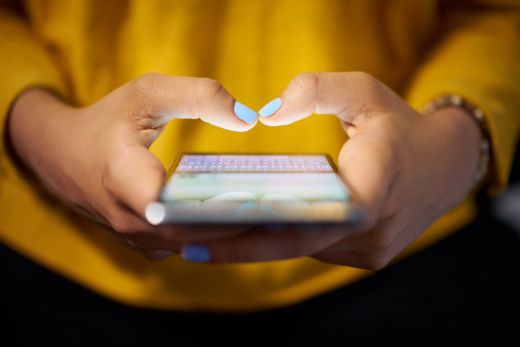 Old mobile phones and a lack of trust in government are the main reasons Tasmanian residents say they cannot or will not download the COVIDSafe app.

A University of Tasmania research project seeking to understand how Tasmanians are experiencing and adjusting to life in the time of COVID-19 is finding that almost 25 per cent of 652 survey respondents say they will not download the app, while another 28 per cent are still unsure. Nearly 40 per cent say they have downloaded COVIDSafe.

To date, more than 850 Tasmanian residents have signed up to participate in The Tasmania Project research, completing the survey and/or participating in one-on-one interviews.

While 38 per cent of those who say they will not download the app cite privacy reasons and lack of trust in how the Federal Government will use the data, 15 per cent say they cannot comply with the initiative because their phones are out of date, incompatible or have no space for the app.

Other reasons Tasmanian residents say they will not download the app include security concerns, Amazon’s involvement, and the fact that they are not going out and even if they did, they would rarely take a phone with them.

Professor Libby Lester, Director of the Institute for Social Change, which is conducting the survey, said that many respondents to the survey cited examples of government data privacy and security breaches as justification for continuing to use Google while refusing to download the COVIDSafe. People in Tasmania also wanted more certainty and clarity about source codes and legislative protection.

However, she said the early suggestions in the survey that a lack of devices was a factor reinforced the need to know more about digital access and equity in the State.

“While the age range of respondents saying they will not download the app is between 25 and 84 years, it is largely older people who say they cannot because of their phones,” she said.

“We do need to understand this better, particularly if it is those in the community most vulnerable to COVID-19 who are not able to access the app.”

The current survey, which is designed to support community and government responses to COVID-19 impacts and recovery, is open until midnight, Sunday 10 May.

All Tasmanian residents are invited to share their opinions and experiences by completing the survey at www.utas.edu.au/tasmania-project.

With your smartphone, you can capture great photographs of fireworks. Here’s how. – MSN Money

Be safe with your smartphone – News – Beauregard Daily News

These smartphones have the best cameras as per DxOMark – Moneycontrol.com

Much of US scales back on holiday, but Trump plans to...