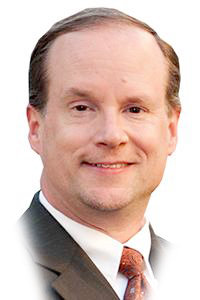 Dobson’s opponent is Democrat Jessica Holmes, a member and former chair of the Wake County Board of Commissioners. The two disagree about a range of policy issues. But as I watched their recent televised debate — part of the Hometown Debate series hosted by the North Carolina Institute of Political Leadership and Spectrum News — I was most struck by what they had in common.

It’s a stylistic commonality, admittedly. Still, I found it notable in this age of partisan polarization, overheated rhetoric and insult comedy masquerading as political discourse.

“Ensuring safe and healthy working environments is not a partisan issue,” said Holmes, who practices labor and employment law in Raleigh. She argued that employees and employers have a “mutual interest” in promoting safe workplaces and should be “at the table making decisions together to ensure the safety and health of all of our workers.”

Dobson made a similar point. “I think now more than ever, we need leaders who will bring people together and focus more on solving problems that North Carolinians face and less on ideology,” he said, referring to his own eight-year record in the General Assembly of recruiting Republican and Democratic sponsors for the bills he filed.

Before becoming a legislator, Dobson was a county commissioner in his home county of McDowell. “Governing is an art,” he explained. “You have to listen to both sides and you have to be more like an umpire. You have to be fair. That’s the approach I’ll take.”

READ  2nd person charged in connection to arson of Enterprise in St. Paul amid riots - FOX 9

Of course, the two candidates for labor commissioner have contrasting ideologies that clashed repeatedly during the debate. The Democrat, Holmes, talked up Medicaid expansion and advocated a large increase in North Carolina’s minimum wage. The Republican, Dobson, championed the state legislature’s efforts to boost job creation through regulatory relief and warned that a higher minimum wage would displace some low-skilled workers from their jobs.

Nevertheless, the debate was civil and substantive. I think both campaigns recognize that many North Carolina voters are exhausted by smashmouth politics. While policy disagreements need airing, they need not be converted into weapons of mass political destruction.

The other theme of the Holmes-Dobson debate was unsurprising: the central role that COVID-19 is playing in the 2020 elections.

Again, both Dobson and Holmes stressed that the state had to find a balance between reopening businesses quickly and reopening them safely. Holmes defended Gov. Roy Cooper’s go-slow approach in large measure while Dobson argued that certain regulations the governor had proposed — such as maintaining 6 feet of separation while workers were harvesting crops or traveling to and from job sites — were “unrealistic” and unlikely to be enforceable.

Dobson argued that the state labor commissioner should examine each proposed rule carefully, weighing the costs and benefits. He said he supported some of Cooper’s proposals when they reflected “common sense,” regulations such as requiring workers to wear masks indoors or within 6 feet of another person.

As long as North Carolinians elect their state labor commissioner — and they have shown little interest in giving up their role in selecting Council of State members — candidates will struggle to get noticed in the midst of higher-profile contests for president, governor and U.S. Senate.

Judging from their recent debate, Josh Dobson and Jessica Holmes have chosen to elevate their discussion above the usual muck to focus on their philosophical disagreements about salient issues. Good for them.

John Hood (@JohnHoodNC) is chairman of the John Locke Foundation and currently chairs the board of the nonprofit North Carolina Institute of Political Leadership, which co-hosted the Dobson-Holmes debate.