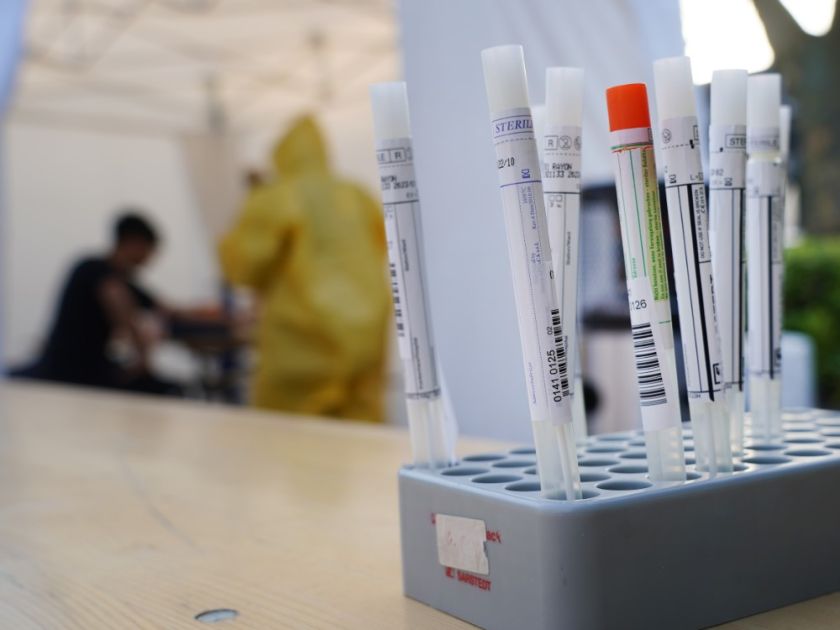 Vials of throat mucous swabs taken from visitors with symptoms to test them for Covid-19 infection stand outside a tent set up next to a medical practice on March 27, 2020 in Berlin, Germany.

OTTAWA — The Ontario government is readying a purchase of one million COVID-19 testing kits from Ottawa-based Spartan Bioscience, pending emergency regulatory approval from Health Canada, a source familiar with the situation says.

The purchase could mark the first public foray into new COVID-19 testing methods in Canada, amid growing concern that could be facing a chronic backlog in identifying new cases of the virus. Spartan CEO Paul Lem declined to confirm the order.

Unlike existing technologies, the Spartan’s devices are portable, and use could be used in airports, cruise ships, makeshift medical clinics to test for potential new cases more efficiently. The company has said it can possibly confirm test results for the virus in less than one hour, compared to a days-long delay required for other methods.

Government leaders around the world have expressed worries over a shortage of testing equipment amid the pandemic, which experts say has provided an incomplete picture of the virus’s spread. Canada has confirmed at least 3,890 COVID-19 cases as of Thursday, which have resulted in a total of 37 deaths.

Spartan’s technology needed special approval from Health Canada before it could be distributed by various orders of governments.

One source, who spoke on the condition of anonymity due to the commercial sensitivity of the issue, confirmed the order of one million units from Spartan, and said Health Canada had granted regulatory approval as of Thursday morning. However, officials at Ontario Health said federal approval was still pending. Health Canada officials did not respond to questions from the National Post.

In an interview with the National Post last week, Lem said it would take the company roughly two weeks to prove its devices can detect COVID-19 and secure emergency regulatory approval for their use.

The company uses a unique “Spartan Cube” technology in which patients can take their own DNA swab and place it in a cartridge, where it then provides nearly instantaneous test results. The Ottawa-based company has been receiving calls from around the U.S. in recent weeks from governments interested in purchasing the equipment.

Fish farm no longer permitted to take water from lake to...