The Nikkei Asian Review is tracking the spread of the new coronavirus that originated in the central Chinese city of Wuhan.

China’s National Health Commission on Monday raised the total number of cases to 70,548, as of the end of the previous day, an increase of 2,048. The official mainland death toll is 1,770.

For more on the spread of the virus and measures being taken to prevent further infections, see our list of the six things you must know about the coronavirus.

To see how the disease has spread, click this interactive virus tracker: 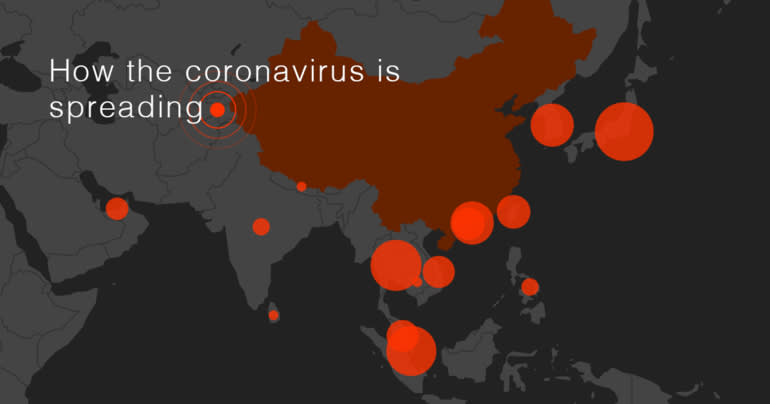 6 p.m. Japan’s health ministry confirmed that an additional 99 people aboard the Diamond Princess, moored off Yokohama, have the virus, bringing the total number of infected people on the cruise ship to 454. Of the 99, 70 show no symptoms.

5 p.m. China’s annual parliamentary gathering of 3,000 delegates on Feb. 24, when the body’s top committee will meet to discuss a delay, the official Xinhua News Agency reported on Monday, blaming the battle against the coronavirus.

3:30 p.m. Japan’s Imperial Household Agency said it has canceled a birthday event for Emperor Naruhito at the Imperial Palace scheduled for Feb. 23 over concern of spreading the coronavirus.

3:15 p.m. Tokyo Marathon organizers are in the final stages of discussions to limit Asia’s largest marathon to 200 elite athletes. The Olympic-qualifier event, set to take place on March 1, had accepted about 38,000 runners.

11:45 a.m. Thailand reported its slowest annual GDP growth in five years, and is predicting a further slump due to the effects of the coronavirus on tourism and trade.

9:09 a.m. Singapore downgraded its growth forecast over fears the coronavirus will further weigh on already sluggish local businesses. Meanwhile, Japan’s GDP plunged in the final quarter of 2019, hammered by a sales tax hike and destructive typhoon, and will likely be hit further from the coronavirus.

READ  ‘Night on Earth’ Review: Netflix’s Nocturnal Nature Doc Is Built Like a Dispatch from Another Planet - IndieWire

7 a.m. Americans from the Diamond Princess cruise ship left Japan for the U.S. on chartered planes Monday morning, after being quarantined for two weeks on the ship, which remains docked in Yokohama.

6:36 a.m. American evacuees from the Diamond Princess cruise ship arrived at Haneda International Airport early Monday to board chartered planes that will take them back to the U.S., while Canada, Hong Kong, Taiwan and Italy also are sending planes to take their citizens home. Two planes chartered by the U.S. government arrived at the airport in Tokyo on Sunday night to evacuate the roughly 400 Americans aboard the ship. 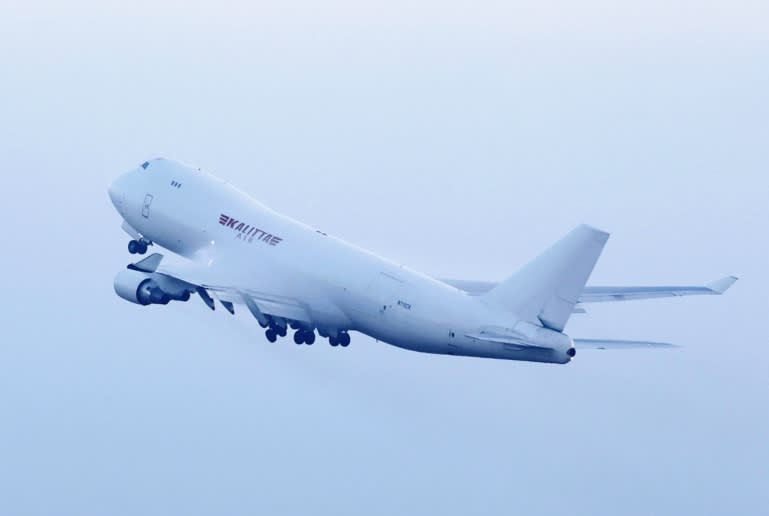 5:21 a.m. The coronavirus outbreak remains at an initial stage in Japan, an expert panel under the health ministry said Sunday, choosing not to raise the country’s alert level to allow for a more aggressive response.

4:13 a.m. Nippon Telegraph & Telephone is telling its 200,000 employees to avoid commuting during rush hour or to work from home starting Monday, as the telecom giant tries to protect staffers from the growing coronavirus outbreak in Japan. The company issued the notice on Friday to mobile service provider NTT Docomo and regional arms.

2:01 a.m. Venture capital companies in Silicon Valley are not taking any chances when it comes to the coronavirus outbreak. “We have pushed the pause button on every deal in China and even some in other Asian countries,” a venture capitalist in the consumer tech sector told the Nikkei Asian Review, asking not to be named.

1:59 a.m. China’s President Xi Jinping is aggressively pushing a narrative that the leadership was taking action weeks before previously reported. The latest edition of the official party magazine Qiushi published Sunday suggests Xi was concerned about the situation from the beginning. In a speech to the Chinese Communist Party Politburo on Feb. 3, Xi said he “demanded measures to curb the outbreak” on Jan. 7, according to an online transcript. Party- and state-run media had previously reported that Xi first gave orders to control the outbreak on Jan. 20.

8:32 p.m. Taiwan’s health ministry confirms the first coronavirus death on the island, which has registered 20 confirmed cases to date.

8:12 p.m. Italy’s Foreign Minister Luigi Di Maio said on Twitter on Sunday that it would send a flight and evacuate 35 Italian nationals from a coronavirus-stricken cruise ship being held under quarantine in the Japanese port of Yokohama, Reuters reported.

7:06 p.m. Hundreds of demonstrators rallied for a second day in Hong Kong on Sunday to protest plans to turn some buildings into coronavirus quarantine centers, reviving anti-government protests in the city, Reuters reported.

6:15 p.m. South Korea’s Minister of Health and Welfare Park Neung-hoo told in a briefing on Sunday that it would evacuate Koreans from a coronavirus-stricken cruise ship being held under quarantine in the Japanese port of Yokohama, Reuters reported.

5:52 p.m. The government of China’s Hubei Province said a ban will be imposed on vehicle traffic across the province to curb the spread of the virus. Police cars, ambulances, vehicles carrying essential goods, or other vehicles related to public service would be exempted, according to a published document.

3:12 p.m. Another 70 people on board a quarantined cruise ship in Japan have tested positive for the coronavirus, bringing the total number of cases from the vessel to 355, Japanese health minister Katsunobu Kato said on Sunday.

12:45 p.m. Canada said in a statement late on Saturday that it has chartered a plane to evacuate its citizens onboard the Diamond Princess cruise liner docked in Yokohama, Japan.

11:35 a.m. The Hong Kong government said it would send aircraft to Japan to bring back passengers from the quarantined cruise ship Diamond Princess.

10:01 a.m. The death toll from the coronavirus outbreak in mainland China has reached 1,665 as of the end of Saturday, an increase of 142 from the previous day, the country’s National Health Commission said Sunday morning. In mainland China, there were 2,009 new confirmed infections on Saturday. The total number of cases so far has reached 68,500.

11:21 p.m. Malaysia’s Health Ministry said in a statement on Saturday that an 83-year-old American passenger on the cruise ship Westerdam that docked in the port of Sihanoukville, Cambodia has tested positive for the new coronavirus. The American woman flew to Malaysia on Friday from Cambodia, where the cruise ship docked on Thursday after being denied entry by several countries.

11:18 p.m. Tedros Adhanom Ghebreyesus, director general of the World Health Organization, said that the coronavirus outbreak is still an emergency for China and that it is impossible to tell where the epidemic will spread. The WHO chief was speaking at the Munich Security Conference in Germany.

5:38 p.m. China is confident that the coronavirus epidemic will be over soon, that the impact on its economy will be temporary and that it will rebound strongly, Qin Gang, China’s vice minister of foreign affairs said at the Munich Security Conference on Saturday, Reuters reported.

5:17 p.m. The U.S. will send an aircraft to Japan to bring back American passengers on the Diamond Princess, a cruise ship under quarantine in Yokohama, the U.S. Embassy said.

9:30 a.m. China’s National Health Commission confirmed 2,641 new coronavirus cases on the mainland, bringing the total to 66,492, as of the end of Friday. The death toll reached 1,523, up by 143 from the previous day, with Hubei Province alone reporting 139.

7:33 a.m. Now that several cases of coronavirus infections have been confirmed in Japan, fears are rising about a homegrown outbreak there. But the nation may not be fully prepared.

Facebook's Oversight Board open but unlikely to play role before U.S. election – The Hindu