Home Commerce Coronavirus: Half a million construction jobs could be lost if Boris Johnson... 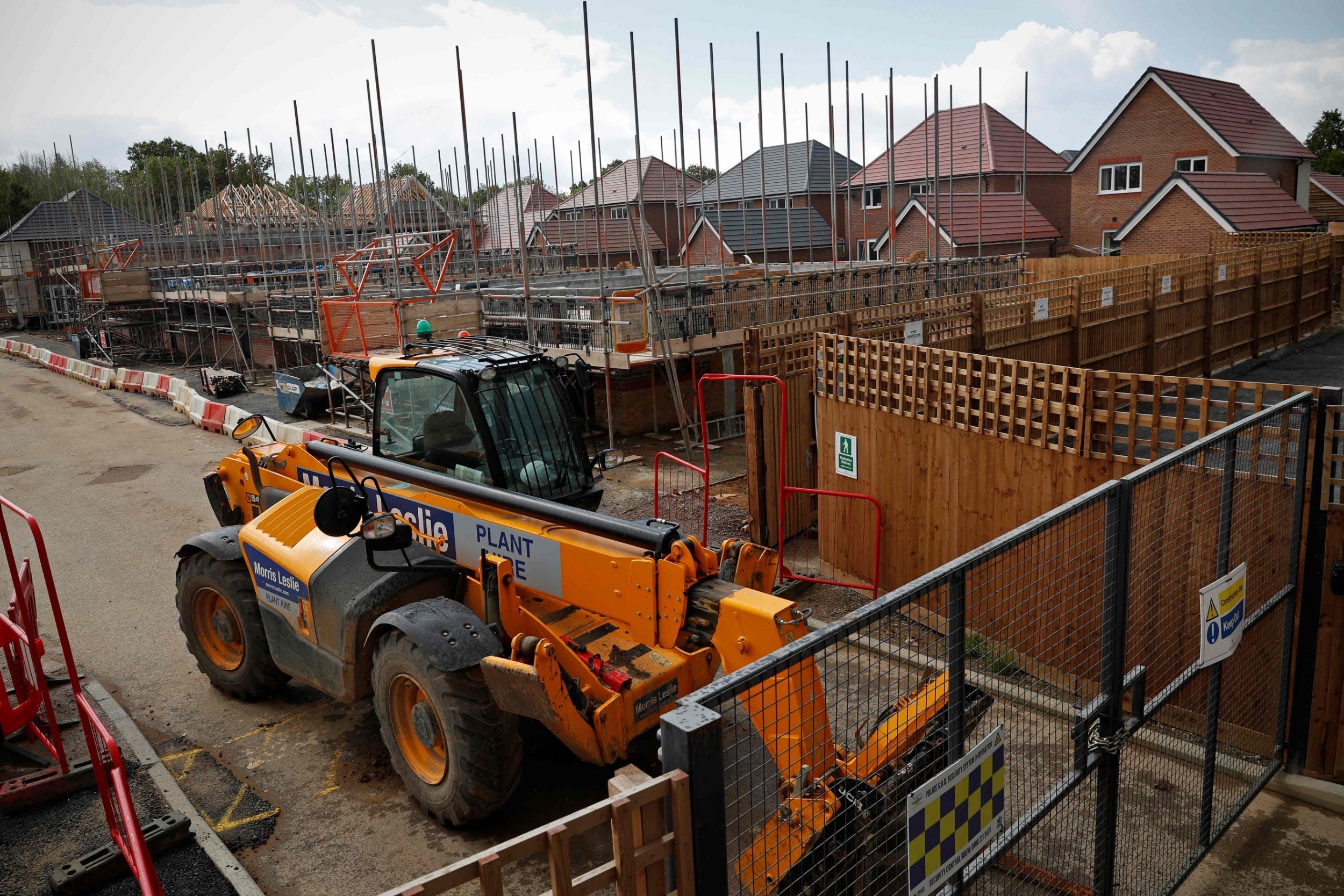 Half a million jobs in the construction industry could be at risk if Boris Johnson gets his exit strategy from lockdown wrong, a trade body has warned.

With the prime minister promising to set out a “roadmap” for restarting the economy on Thursday, builders are one of many sectors urging government to keep support going for long enough to allow businesses to get back off their knees – and then to open the spending taps to spark the economy back to growth.

Representatives of the brewing industry told The Independent that an abrupt end to state support could be fatal to pubs across the country. And retailers said that financial assistance will be needed for months after the exit from lockdown begins, as shopping gradually returns to normal levels.

It comes after Rolls Royce became the latest firm said to be considering redundancies – with the BBC reporting the aircraft engine producer could cut 8,000 UK jobs due to strain in the aviation sector.

In a letter to the prime minister, the British Chambers of Commerce called for a “carefully phased approach to lifting lockdown”, with the extension of loan, grant and furlough schemes for the immediate future, followed by an “expansionary” fiscal policy to stimulate the economy through investment funded by borrowing on a massive scale.

“This is a time to be bold,” wrote BCC president Ruby McGregor-Smith. “Government should not shy away from sustaining high levels of public spending in order to restart and renew our communities and the economy in the short and medium term, while not tying the hands of future generations.

“An expansionary fiscal policy, including a commitment to transformative infrastructure investment, will be needed in order to generate the returns that will help to pay down the national debt in the longer term.”

Federation of Master Builders chief executive Brian Berry told The Independent that the construction industry looks set to be reliant on government investment projects for its return to profitability. With householders battered financially by the coronavirus lockdown and wary of allowing tradespeople into their homes for social-distancing reasons, it will take time for the renovation market to revive, he said.

“In the financial crash we lost 400,000 jobs and in the early 1990s it was 500,000,” said Mr Berry. “We will be looking at similar numbers to that unless the government pump-primes construction.

“That means the government making sure that infrastructure projects are being delivered and homes are being built.”

Mr Berry called for a government-backed national retrofit programme to improve millions of homes across the country with green features to reduce carbon emissions.

“The positive side to this crisis is that it gives us the opportunity to do again what we did in 1945,” he said. “We are clapping our NHS and care home workers now. This is an opportunity to ensure they have decent homes to live in.”

The FMB chief said he hoped Mr Johnson’s disavowal of austerity in Thursday’s Downing Street press conference indicated the prime minister will stick to the Keynesian investment-driven approach set out in Rishi Sunak’s March budget, rather than pulling in his horns and slashing spending to pay off the vast debts caused by Covid-19.

Many small builders are already being forced to return to work because of financial worries caused by the “unfair” decision to offer them loans rather than the grants which went to businesses in the leisure sector, said Mr Berry.

While 75 per cent ceased all work and a further 21 per cent scaled back activities in March, a recent survey showed 24 per cent reopening sites last week and another 27 per cent expecting to do so over the next fortnight.

“Businesses have held on because government has provided some financial support, but it can’t go on indefinitely and a lot are now voting with their feet because money is running out,” he said.

Construction work is permitted so long as social-distancing rules are observed. To make this possible, builders want Mr Johnson to ensure they have access to personal protective equipment to protect themselves and their clients, and they want measures to make public transport use less risky – perhaps by staggering commuting times for different professions – he said.

Retailers too are expecting a very different working environment when shops beyond the essentials of food and pharmacies are finally allowed to reopen their doors, said the British Retail Consortium’s director of business and regulation Tom Ironside.

Guidance issued by the BRC to members proposes methods to keep staff and customers safe including one-way aisles, tight limits on numbers allowed inside stores at any time, two-metre pavement markings to control queues outside and staff surveillance of changing rooms to enforce social distancing.

Mr Ironside said retailers accept that the timing of any reopening is a decision for government, but urged ministers to allow shops of all kinds to resume trading together, so long as they can do so safely, rather than phasing them in according to size or type.

“The key thing for us is that we will need as much notice as possible to prepare,” he said. “A lot of things will have to be different. It isn’t something we can do in just a couple of days.

“And as we emerge from lockdown, it is essential that the support we’ve been offered isn’t just withdrawn in a cliff-edge, but is tapered off gradually. There will be a continued requirement for some form of furloughing of staff and we are going to need to keep access to loan facilities and measures relating to debt enforcement. These will need to be smoothed out over a number of months.”

Evidence from countries which have already emerged from lockdown suggest an early peak in demand as consumers relieve their pent-up desire to hit the stores, followed by a decline below pre-crisis activity levels as they come to terms with the frustrations of post-corona retail, where browsing may be banned and shoppers allowed in only one or two at a time.

“It won’t be a question of just turning on a tap,” said Mr Ironside. “It will be something that takes some time. There will be companies experiencing real challenges in terms of finance and liquidity. But I’m sure that there is a significant pent-up demand for people to go back to doing the things they enjoyed before.”

One of the treats which Britons may have to wait longest for is a pint of beer in a pub, with no expectation that Mr Johnson will declare reopening time on Thursday.

Emma McClarkin, chief executive of the British Beer and Pub Association, said that pubs were first to close and expected to be among the last to reopen.

“We would love to be able to say we can reopen at the end of the summer,” she told The Independent. “But we want to get reopening right, because when we do it we want to reopen for good. The worst-case scenario for us would be a second shutdown, which could be fatal for some of our pubs.”

While proposals to allow drinking in beer gardens have been discussed during the April heatwave, Ms McClarkin said it was unlikely to be the answer for many – not least because of the need for trips to the bathroom.

Instead, talks with government are focusing on how to get the balance right between social distancing and running a viable business. The current two-metre rule would be inoperable in many traditional pubs with crowded snugs and narrow doorways, which could lose 70 per cent of their capacity at a stroke.

The BBPA is developing safe socialising guidelines to make the restrictions work and Ms McClarkin said landlords would love to hear from the prime minister an outline of how and when he envisages them returning so they can make preparations for the very different establishments they will have to run.

“Socialising is what we do, so any kind of restriction is going to be an extreme challenge for our pubs to implement,” she said. “If it is based on the two-metre rule, it would be almost impossible for anyone to do that.”

Most urgent for publicans is confirmation that the support they are currently receiving in furloughed staff wages and grants will be extended beyond the current cut-off point next month, she said.

“If that support is withdrawn at the end of June, there will be mass redundancies,” said Ms McClarkin. “The sector employs 900,000 people – that’s the volume of jobs we have got at risk.”

And she urged Mr Johnson to take steps to provide financial support for 11,000 pubs employing 160,000 staff which currently have no access to state-backed grants or loans at all, either because they are based in premises with a rateable value over £51,000 – including many of the historic buildings in town centres where they are housed – or because they fall foul of an EU ban on state aid.

“Some of our members are just burning through cash right now,” she said. “One very successful medium-sized brewer with an estate of pubs is burning through £1m a month, even with the business in a freezer. We need to understand the period of time we are going to be closed for so we know whether that is sustainable.”

What's in the latest Firefox upgrade? UI and auto-fill fresheners

JNUC 2020 opens with big news for Apple and Azure

Microsoft pushes Edge as 'best for business' in battle with Chrome