What is Corel VideoStudio X7?

VideoStudio X7 is the latest in the long line of Corel’s consumer-grade video editing software. Back when it was under the Ulead brand, VideoStudio used to be the main software bundled with video editing hardware. The advent of file-based camcorders has spelled the end of the bundle deal on that scale, but VideoStudio is still one of the most popular applications of its genre, competing directly with Adobe Premiere Elements and the increasingly powerful CyberLink PowerDirector. The latest version focuses on a key architectural enhancement to bring it up with these two alternatives.

Where CyberLink’s PowerDirector has had a 64-bit version since version 9, which arrived in the first half of 2011, and Adobe Premiere Elements later in the same year, this is the first version of Adobe VideoStudio with a 64-bit engine, although the other main consumer video editing competitor, Pinnacle Studio, remains 32-bit only. Video editing has always been a good candidate to benefit from 64-bit, as effects must be applied to uncompressed frames, necessitating large amounts of memory. So this is a welcome improvement. 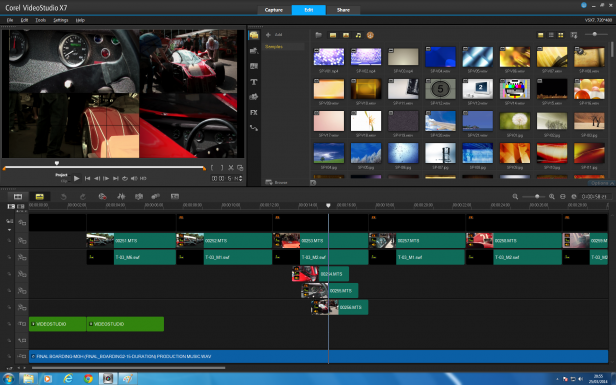 Corel is quoting a 21 per cent performance increase with multi-track HD from its new 64-bit engine compared to the 32-bit version, and a whopping 132 per cent boost to multi-track 4K. Rendering 4K can be up to eight times faster. These are amazing headline figures, but 4K is still a technology very much in its infancy. It does appear to be the new technology focus for TV manufacturers, now that 3D has clearly failed to live up to expectations.

But there are precious few affordable camcorders that will shoot 4K yet. In fact, only the GoPro HERO3 has the facility for under £1,000, although Panasonic’s HX-A500 is just around the corner. So this is a feature that looks great on the specification sheet, but in reality won’t be one many people will be making extensive use of initially. Support for 4K was also already available in the previous version.

So the enhanced HD performance will be the main beneficiary of the new 64-bit engine, where speed improvements are not quite so gob-smacking, but still welcome. We managed to blend four streams of AVCHD on our quad-core test rig with smooth playback, which is decent. There’s an HD Preview available for a higher-quality view of your edit, too, although this reduces the frame rate noticeably.

If you are still using a 32-bit version of Windows, a 32-bit version of VideoStudio X7 remains available, which has all the same editing features. But it won’t offer the performance enhancements of 64-bit. There is no Mac version planned, either. We found we could only run three simultaneous streams of AVCHD on 32-bit VideoStudio X6, so the 64-bit engine is worthwhile. 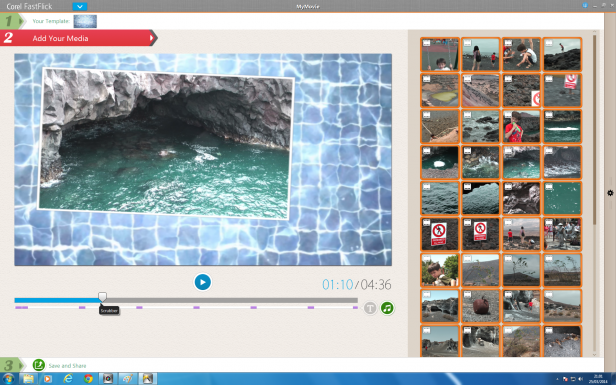 At the other end of the scale, Corel has focused some attention on getting the new user started with the complicated activity that is video editing. A new easy editing tool called FastFlick has been introduced, which Corel claims can be used to put your movies together in three clicks. This actually exists as a separate application, with a completely new interface, although the underlying engine is still VideoStudio X7.

The process is template-based, so you start by choosing one of the 15 different options. You then load in your video content. At this point, there are a few settings you can use to alter the music soundtrack, change text fonts, add Smart Pan & Zoom to photos (the infamous Ken Burns effect), and change how the music fits with the video. Then it’s onto the third sharing and saving phase, or you can load the edit into the full VideoStudio.

What is Google Duplex, where is it available, and how does it work?

You won't be able to buy Xiaomi's new cheap fitness tracker – or at least, not yet

Best laptop 2020: our pick of the 13 best laptops you can buy this year

Alcatel 3X smartphone review – a device that punches way above...