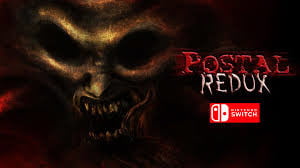 Postal, a top-down shooter where the main objective is murdering people, will come to the Nintendo Switch on October 16 as a remake called Postal Redux.

The game, originally released for PC in 1997, features new levels and gameplay. The franchise is well known as a magnet for controversy due to its content, and Postal 2 was banned in several countries, including New Zealand.

“Over 20 years ago, we had no clue the impact Postal would have had on society and gaming history,” Vince Desi, founder of Running With Scissors, said in a release. “Postal coming out on Switch is our dream come true. On behalf of everyone at RWS, we give thanks to our fans for the many years of support. We’re just getting started.”

In the 80s and 90s, Nintendo was mostly known as a family-friendly video game company and stayed away from games deemed too gory or violent. The company built its brand with friendly characters like Mario, Kirby, and Yoshi.

Nintendo edited out blood and fatalities from 90s hit Mortal Kombat on the Super Nintendo. However, once the Entertainment Software Rating Board was established, Nintendo allowed some gore for games like Doom.

Postal was described by Senator Joe Lieberman at the time as one of the “three worst things in American society,” along with rock act Marilyn Manson and Calvin Klein underwear ads. The game follows a protagonist who gets evicted from his home and believes that the United States Air Force is attacking his town with poison gas, and he’s the only one who doesn’t feel the effects. He then goes on a killing spree.

Postal Redux is a single-player game where players get a multiplier for consecutive kills. At the end of the level, players get a letter grade depending on how they performed.

The Nintendo Switch has a fairly robust selection of indie games for its platform, and some can be considered scary or gory. The company generally steers away from violence and gore when releasing first-party titles like Zelda and Smash Bros.

Nintendo did not immediately respond to a request for comment from Digital Trends.

5 Most Memorable Viral Video Games Of All Time (& 5 That Were Really Stupid, Now That We Think About It) – Screen Rant

The best Black Friday PS4 deal is the gift that keeps on giving: 25% off PS Plus

Animal Crossing New Horizons: How to transfer save data

HBO’s The Last of Us TV show is actually happening