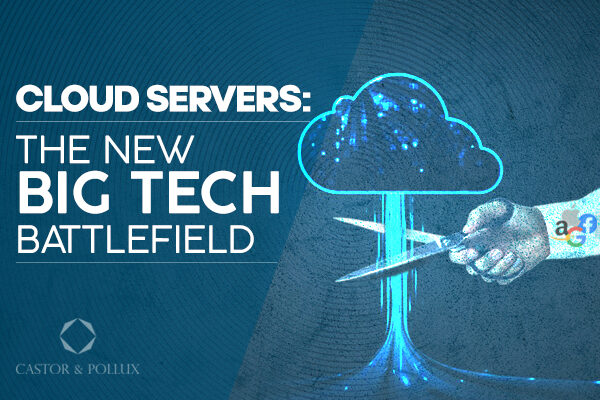 Is big tech too powerful?

Anyone watching the news during the last few years could anticipate that a tech war was brooding. Youtube and Google have long been trying to kill off every initiative that would put their hegemonic efforts in jeopardy.

On their part, social media platforms have been waging a war against their own users and even politicians and governments. One might think they’re acting like De Facto states as they seem to punish people for what they say or do even more effectively than institutionalized executive branches.

For example, after the totally regrettable political events from last week, the whole big tech conglomerate acted swiftly, banning more than 15 accounts belonging to the President of the US. The backlash was swift as stocks went down, and millions of social media platforms and chat app users started migrating away from Facebook, Twitter, WhatsApp, and other popular services.

But people do not seem to realize that this is a lot more complicated than just changing one app for another. Most companies make their money by selling or processing user data. It means that every app on the face of the earth has the potential to extract info from their customers and use it as they see fit. Basically, they´re all in on it.

So, it is actually up to business owners to commit to doing no evil. Unfortunately, big corp seems to have become a truly unholy alliance among tech giants who can force anyone, even elected officials, to bend to their will. They have twisted platforms, such as Kickstarter or Patreon, arms to stop receiving payments for certain internet celebrities without them breaking any law whatsoever. Many alternative news media platforms have been shadowbanned, even when accurately reporting real news. Even artists have been “canceled” for not using their politically correct pronouns in their Twitter bios.

Don´t get me wrong, every company can enforce their terms of service as they see fit. However, there seems to be a pronounced slant lately towards one side.

Parler experienced this vulgar display of power first hand. It was a popular platform and was seen as a viable alternative to Twitter for conservative voices. They actually had a solid following and were deemed the next best thing. They did not violate any written law, which should be a standard for deciding if a company should be allowed to exist or not. However, Apple and Google tried to push the platform into a moderation frenzy that is now commonplace in most social media apps. Parler thought they would be held to the same standards as Twitter. Oh boy, were they wrong.

Suddenly, it was kicked out from both app stores. One might think it should not be a problem for a big company, since they can just offer their services from a regular website. However, Amazon took it a step further: they kicked them out of their cloud servers as well.

I´m no legal expert, but I think that’s grounds for a big litigation case for breach of contract. I say this taking into account that the standards for taking their service down are not being applied to one other company hosted in their cloud servers: Twitter. But, as I said, I´m no legal expert, so we’ll just have to wait and see.

In the meanwhile, tech startups who would want to cater to that seemingly immense niche of users who put their first amendment rights above everything else, including safety, might want to look into more agnostic alternatives such as Kamatera cloud servers or simply fork out the money for private clusters.

READ  Microsoft for Startups launches in Ottawa - IT World Canada

The people at Gab, another social media platform that is seen as a bastion for freedom of speech, were smart enough to never trust politically slanted cloud server providers if they want to make sure they preserve their Pro-First-Amendment stance. However, they had a first-hand experience with the problems of not securing enough overhead in case of a massive traffic spike. Following the Twitter purge, they had a 700% traffic uptick in less than 24 hours. They reported more than 600.000 thousand new users right after the Parler shut down.

Needless to say, the service collapsed, and surfing your feed was excruciatingly painful, to put it mildly. This inability to offer a seamless user experience could ruin any tech initiative from the get-go. It also proves that popular cloud servers, even with draconic rules, are still preferable to death.

Unfortunately, hosting companies are doubling down. They´re devising ever more ambiguous ToS that could put any startup into trouble just because they rub big tech the wrong way. Just this month there have been massive migrations from chat services like WhatsApp to Telegram or Signal as people realize their new Terms of Service are kind of spooky, to say the least.

Yes, private companies should be able to manage their own affairs as they please. But constant goalpost shifting and uneven treatment of their customers are never a good sign if you are looking for cloud hosting on a long term basis.

This is a problem that many companies and startups will be facing in the future. Remember that, in general, most groundbreaking ideas are initially frowned upon. So, if your company is planning to deploy an algorithm or platform that could disrupt the current big tech status quo, you better do it from way out of their reach.

Cloud servers are the new battlefield and you better not get caught unprepared.

Content creator and strategist. I started a career as a freelancer and academic writer, but found my passion in the marketing world. I have worked for a multinational SEO agency for 5 years now developing content strategies for companies from around the world, functioning as head of the content department… View full profile ›

Agents of Change: Three startups that are helping build a sustainable future – Moneycontrol.com

Save big on these refurbished ASUS routers and adapters