The Black Friday sales season is coming! Our product recommendations are based on average retail prices, but the prices above show the best deals currently available from trustworthy online stores.

Google is back with a new version of its Chromecast media streamer and it’s got two things I’ve been wanting for ages: A remote control and a user interface.

This, along with the affordable price, puts the Chromecast with Google TV in a great place to take on the likes of Roku, Amazon and Apple.

The improvements here really bring the Chromecast more in-line with rivals and adds extra things too. There are some niggles but nothing Google can’t fix with updates and users are going to really benefit from browsing content across a wide range of services and using the Assistant.

After a circular puck-like design, Google has moved to a more oval pebble style for the dongle. It’s a bit bigger and there’s still a flexible cable leading to the HDMI port, although minus magnets to hold the two together.

None of this should matter anyway since the Chromecast will sit hidden behind your TV. It’s available in Snow, Sunrise and Sky. I’m not a huge fan of the colours and while the main device is hidden, the remote is a lighter shade of the main dongle. 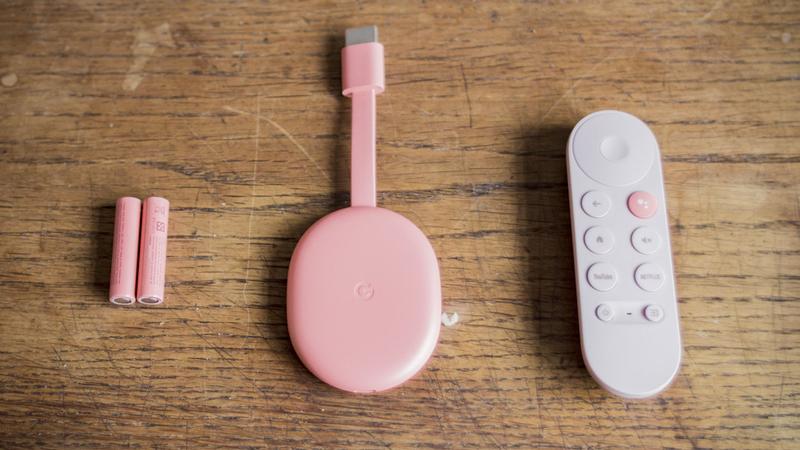 The remote is the most important design element here since you’ll be using it a lot, although you can still cast from various devices if you like. As you can see, Google even supplies colour-matching batteries in the box which is a nice, yet unnecessary, touch.

So, the remote is compact without being awkward to hold and once the batteries are in, has a nicely balanced weight.

It’s as if Google has taken the Daydream VR headset’s remote and made it a lot better. You get dedicated buttons for Netflix, YouTube and the Google Assistant along with the usual navigation buttons you’d expect.

A circular pad at the top is used to move around the interface and there’s an ok button in the middle. The one thing I’d change is that button as it’s slightly on the small and awkward side of things.

What is does that a lot of remotes can’t is control your TV with dedicated power and source buttons. It connects to the Chromecast via Bluetooth but also has infrared to enable this feature.

There are also small volume buttons on the side which can control your TV or soundbar. This makes it a lot easier to get going and might mean it’s the only remote you need to pick up most of the time. 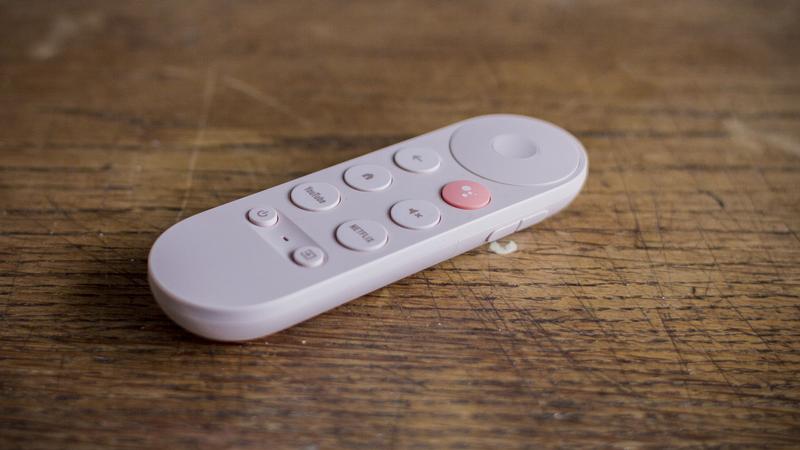 I found it easy to set up for my Philips TV and Sonos soundbar, although the source button doesn’t do anything. However, I never use that feature anyway and can likely try further IR codes until it does.

The remote doesn’t have a headphone jack like some older Roku ones, but you can connect Bluetooth headphones if you want to listen privately. An excellent feature that Google doesn’t advertise at all.

Apart from getting the remote to work with your TV, getting the Chromecast with TV up and running is simple.

Google has cleverly given the option to do it all via the Home app, which means you can quickly do it from your phone rather than slowly type passwords on your TV screen.

Unlike some previous Chromecasts, the USB port on my TV wasn’t able to provide enough power so the supplied adapter was necessary. 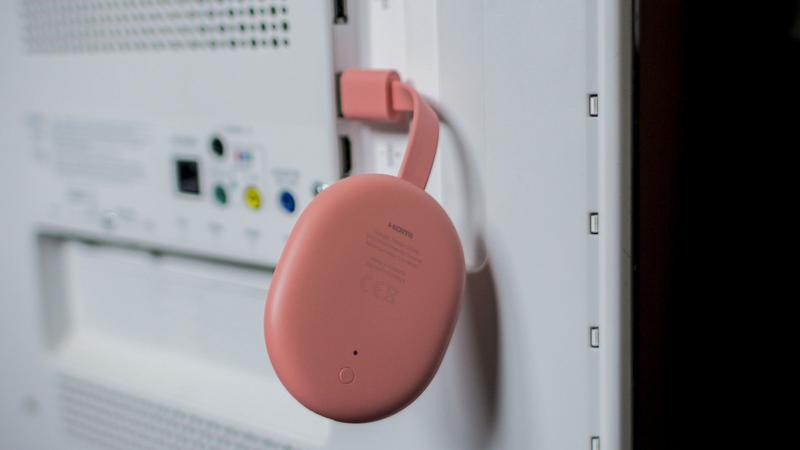 You might also need to be careful which HDMI port you use. The Chromecast with Google TV supports 4K HDR (Dolby Vision, HDR10, HDR10+) output but even my high-end Philips needs it to be plugged to HDMI 1 or 2. Your TV might not be the same, but a handy message pops up to say.

Depending on your TV, plugging into the wrong port could result in a washed-out and much poorer image.

As mentioned earlier, you can still use the Chromecast with Google TV like previous models. Find content via apps on your phone or other device and hit the Cast button when you’re ready to send it to the Chromecast.

It works but I’ve always preferred using a Roku due to its remote and user interface. Browsing content on the big screen is just so much easier and other people in the room can see it if you’re making a joint decision on what to watch.

So it’s great to see Google go down this route, even if the Google TV branding is slightly confusing since this is based on the Android TV operating system which many of you will be familiar with via TVs.

It will become the norm as it’s not exclusive to this Chromecast and will be coming to future smart TVs, including Sony. Some existing devices may well be updated, too.

The new interface looks great and is far more than just a grid of app icons so you can choose which of your streaming services to launch. 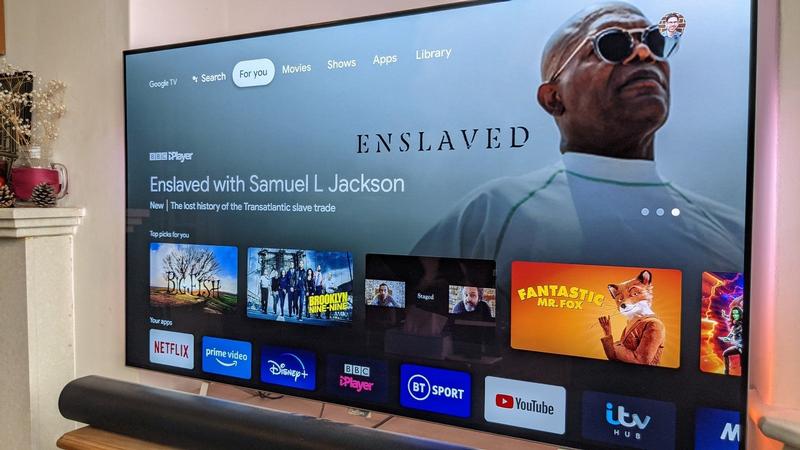 Once you’re logged into everything, the main ‘For you’ brings content from all the different services so you can browse in one place. Below a carousel of featured items, there are many rails of content to flick through.

Most of the time it’s easy to see which streaming services each show or movie is available on. It says underneath, but not all the time. You still have a rial of app icons which you can rearrange and there are other interface tabs for Movies, Shows, Apps and Library.

The interface is snappy and intuitive as to where everything is. Even if you don’t want to browse the rails of content and you can switch to an App only view if you like. The Google Assistant is only a button press away meaning you can simply ask for things.

It’s not perfect and has more trouble hearing than other Google devices, but generally brings up decent results as long as you’re not asking for an overly complicated request. It’s often the fastest way to do things as you can simply say “Play Our Planet” and the Chromecast will know it’s on Netflix.

Oddly, I have an intermittent issue with crackly audio when the Assistant speaks but other reviews don’t mention this, so it doesn’t appear to be a widespread issue.

As well as asking for content – eg “Show me Emma Stone films” – you can use the Google Assistant like you would on other devices. Ask for the weather forecast, control smart devices around your home and much more.

When not in use, the Chromecast with Google TV works like the Nest Hub smart displays, able to display a cycle of images – either a curated set of images or it can display content from your Google Photos library turning your TV into a giant digital photo frame.

As it stands, the Chromecast with Google TV doesn’t have apps for everything. There are a couple of notable services missing and they are Sky Now TV and, more surprising, All 4. So for now, you’ll have to cast these from a mobile device.

An even more surprising thing to be missing is Google’s own Stadia gaming service. I fully expected this to be part of the system considering the Chromecast Ultra has been on the market for a long time. 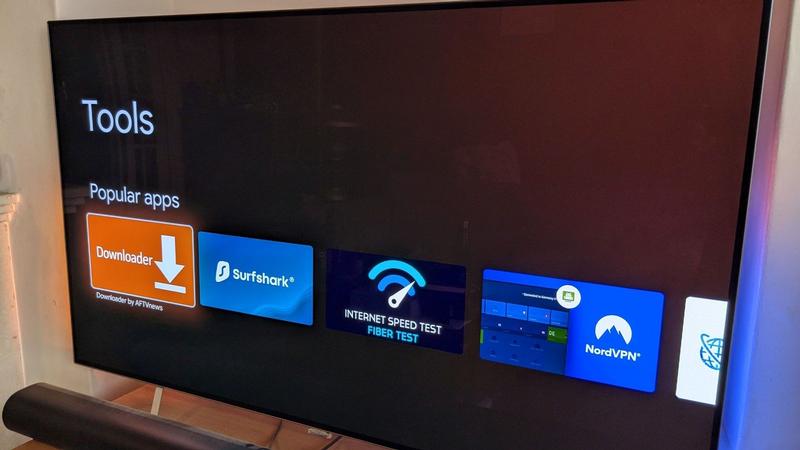 Google is bringing Stadia support in the first half of 2021 though, so it’s just a case of waiting a while. It’s worth noting that the power adapter doesn’t have an Ethernet port like the Ultra’s so you’ll have to use Wi-Fi or get a third-party one if you really need a cable.

It’s not just about streaming, as there are plenty of apps available due to this being Android TV. There are loads of games, tools such as VPNs, education, lifestyle and more.

One thing that some users may dislike is using multiple accounts. Like the Fire TV devices, this is really all about the main account. You can add a secondary one for apps like YouTube but the home screen recommendations are all based on the main user.

This is a problem if you want to have lots of different people use the device. However, you can still make use of the profiles within apps like Netflix so it’s not the end of the world. 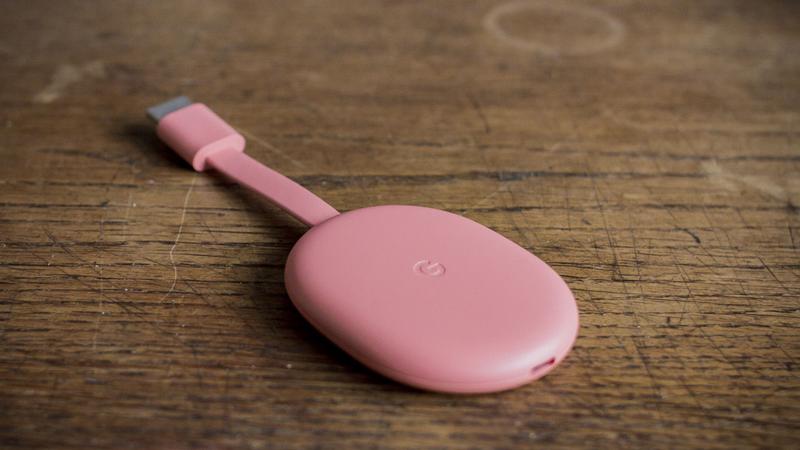 The Chromecast with Google TV is now the most premium model from Google, although you can find the Chromecast Ultra at some retailers still if you can’t wait for Stadia support to arrive.

You can buy it from Google as well as Currys, Argos and John Lewis. Note that the regular Chromecast is still available for £30 but you’ll be much better off spending the extra on the Google TV model.

Check our best media streamer chart if you’re not sure which to buy.

Apart from the odd niggle here and there, the Chromecast with Google TV is an excellent streaming device.

The addition of a remote control and interface are a real boon and, of course, you can still cast like normal if you want to. You can even connect Bluetooth headphones for private listening.

Missing Stadia support is a shame, but it is coming next year and no doubt Google will improve other areas with software updates anyway. That might not include multiple users though, but it’s a similar story elsewhere so hardly unusual.

Whether you have an old Chromecast or looking for your first media streamer, the Chromecast with Google TV is an excellent choice.

For Big Tech, Biden brings a new era but no ease in scrutiny – The Spokesman-Review

Samsung PRO Plus for Professionals review: A decent SDXC card for photographers – Techaeris

Is Samsung teasing what its next folding phones will look like?

Google Pixel 5 slashed down to $649 in Black Friday smartphone...