Google’s Chromecast is a handy little device that allows you to stream apps from your phone, tablet or laptop directly to your TV screen. With the previous iteration arriving way back in 2018, we’re long overdue an updated version. But what could the Chromecast 4 offer that the current version doesn’t?

The latest leaks reveal it’s codenamed ‘Sabrina’ and will come with a remote control and Android TV interface when it launches later this month. It looks like it will be simply called ‘Chromecast with Google TV’.

When will the Chromecast with Google TV be released?

The normal for Google to update its Chromecast line-up would have been at the company’s annual Google I/O conference held in May when we were also expecting the Pixel 4a.

Instead though, it’s coming at a new Launch Night In event on 30 September at 7pm BST, where Google has already confirmed we’ll “learn more about our new Chromecast, latest smart speaker and new Pixel phones.”

That means it will launch alongside the Pixel 4a (5G), Pixel 5 and new Nest Audio speaker.

These leaked photos (via Reddit) show the retail packaging and the ‘Chromecast with Google TV’ name.

How much will the Chromecast with Google TV cost?

You can buy the current Chromecast 3 for £30/$35, which is the same price as the previous model.

There are actually two models available in the range, with the Chromecast Ultra offering 4K streaming but upping the price to £69/$69.

Protocol says that unnamed “industry insiders” expect Google’s Android TV dongle to be priced around or below $80.

We now have a trio of leaked prices with 9to5Google noting a price of $49.99 via Home Depot. However, listings at Walmart and Target suggest a price of $59 via Droid-Life and Android Police. 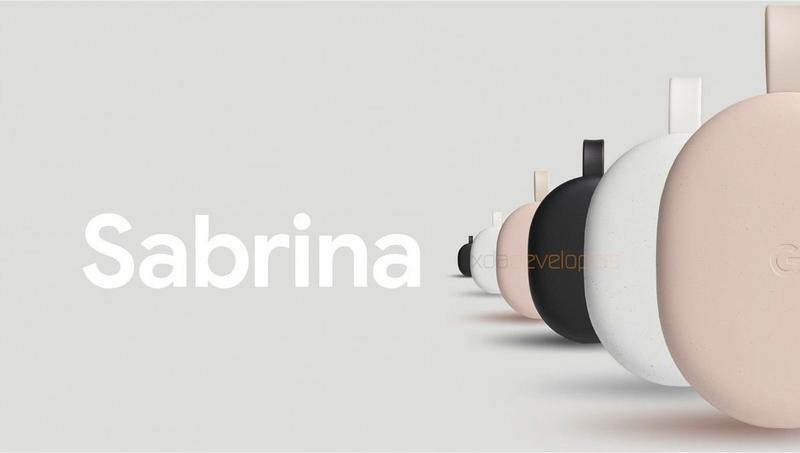 Of course, it’s not only Google that sells streaming devices and you can see what the rivals have to offer in our roundup of the best streaming boxes.

What features will the Chromecast with Google TV have?

By its very nature, a Chromecast is a simple device. There are no controls or other interface elements, instead, everything is sent from your smartphone, tablet or laptop. This could change if the rumours on 9to5 Google are accurate.

These state that the next Chromecast could come with a physical remote control that frees users from having to use their personal devices. Obviously, for this to work, it would also require an on-screen interface, which is something else included in the report.

It suggests that Google will employ its Android TV software, giving the Chromecast a much closer feel to the likes of Roku, Apple TV, and Amazon’s hugely popular Fire TV.

It’s rumoured that the branding will switch from Android TV to Google TV, although the system will still run on the Android TV operating system.

The leaked details via XDA give us a good look at how the new Chromecast will work, starting with its oblong shape, moving on from the round design used previously. It looks like it will come in a choice of black, white and peach colours with a matt finish (see above). 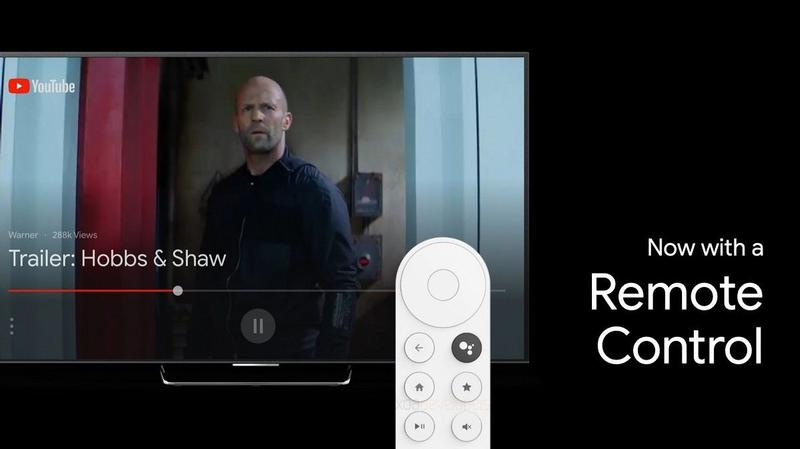 Importantly, we now have a good look at the remote control which has a round dial at the top with at least six buttons below for things like back, home and the Google Assistant. It’s reminiscent of the one supplied with the Google Daydream View VR headset.

This further image of the dongle and remote via WinFuture shows the entire remote, which will feature dedicated buttons for YouTube and Netflix. There’s also a power button and source button which may be for your TV. 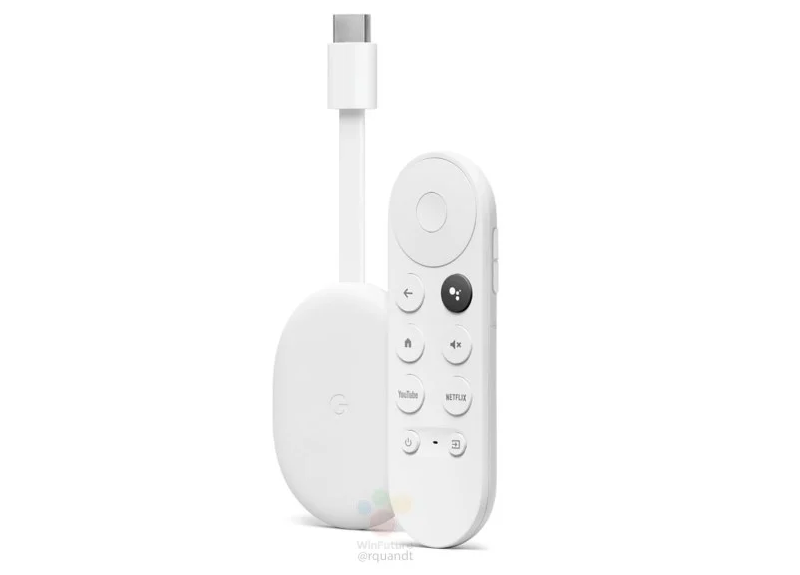 Running on Android TV means that Sabrina will have an interface to interact with rather than simply casting content from devices like your smartphone.

It will show lists of TV and movies, results from the Google Assistant, integration with products such as Nest doorbells and YouTube TV complete with a Live tab to show what’s on the likes of Fox and NBC (for US users). 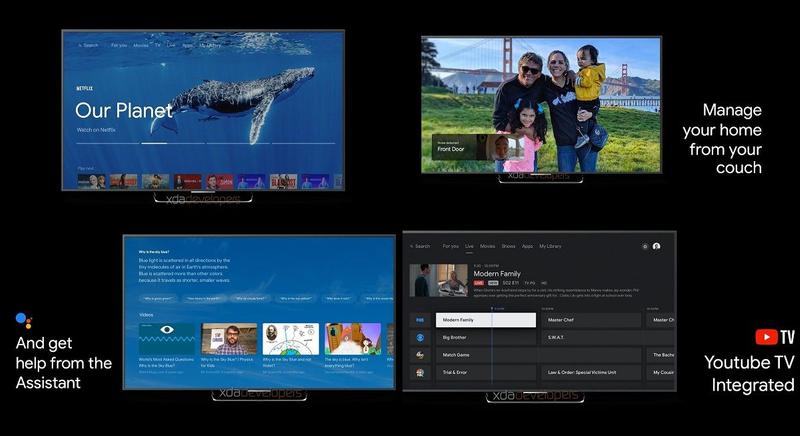 These details come from a pre-release firmware build which included a marketing video for Sabrina. It’s dated 10 October 2019 so it’s worth noting that much of this could have changed by now.

In fact, this look from Roland Quandt shows the remote control (sitting next to the Pixel 5 and Nest Audio) along with the Google TV interface on a TV. 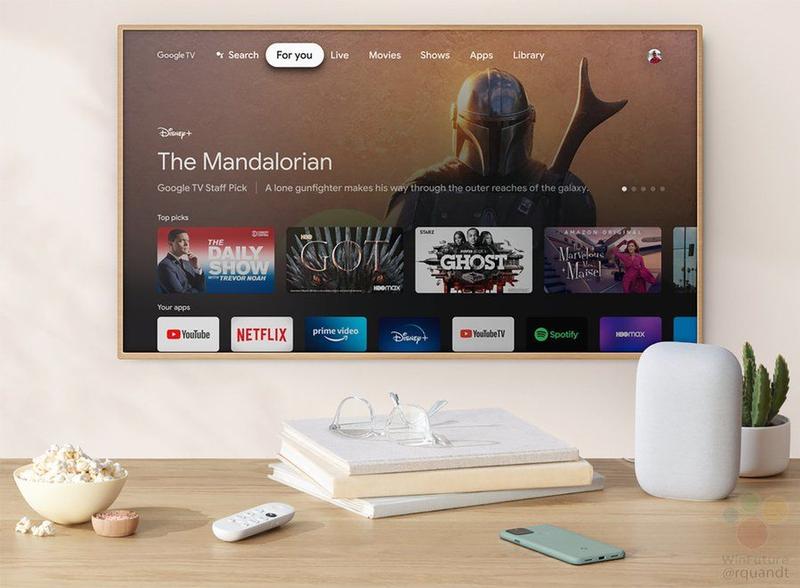 We also have further details from XDA including that the Android TV dongle will run on an Amlogic S905X2 chipset and 2GB of RAM. That processor is popular for Android TV devices and can handle 4K at 60fps over HDMI 2.1, HDR video playback with HDR10, HLG, and Dolby Vision support.

The leak also reveals that the star button on the remote (above) will be customisable, so users can likely set it to launch their favourite streaming services with one press. Google also seems to be working on an ‘Auto Low Latency Mode’ which TVs may label as a game mode and could mean it’s pitched as a device for Google Stadia.

Another obvious area where the Chromecast could be brought up to date is with Wi-Fi connectivity. The Chromecast 3 currently has 802.11ac (Wi-Fi 5) capabilities, so it shouldn’t be beyond the realms of fantasy to see this stepped up to the newer and more powerful 802.11ax or Wi-Fi 6.

The XDA details gained via the firmware doesn’t confirm this, only that it will use an Amlogic SoC and support Dolby Vision.

For more details on why this would be a good thing, read our guide to Wi-Fi 6. 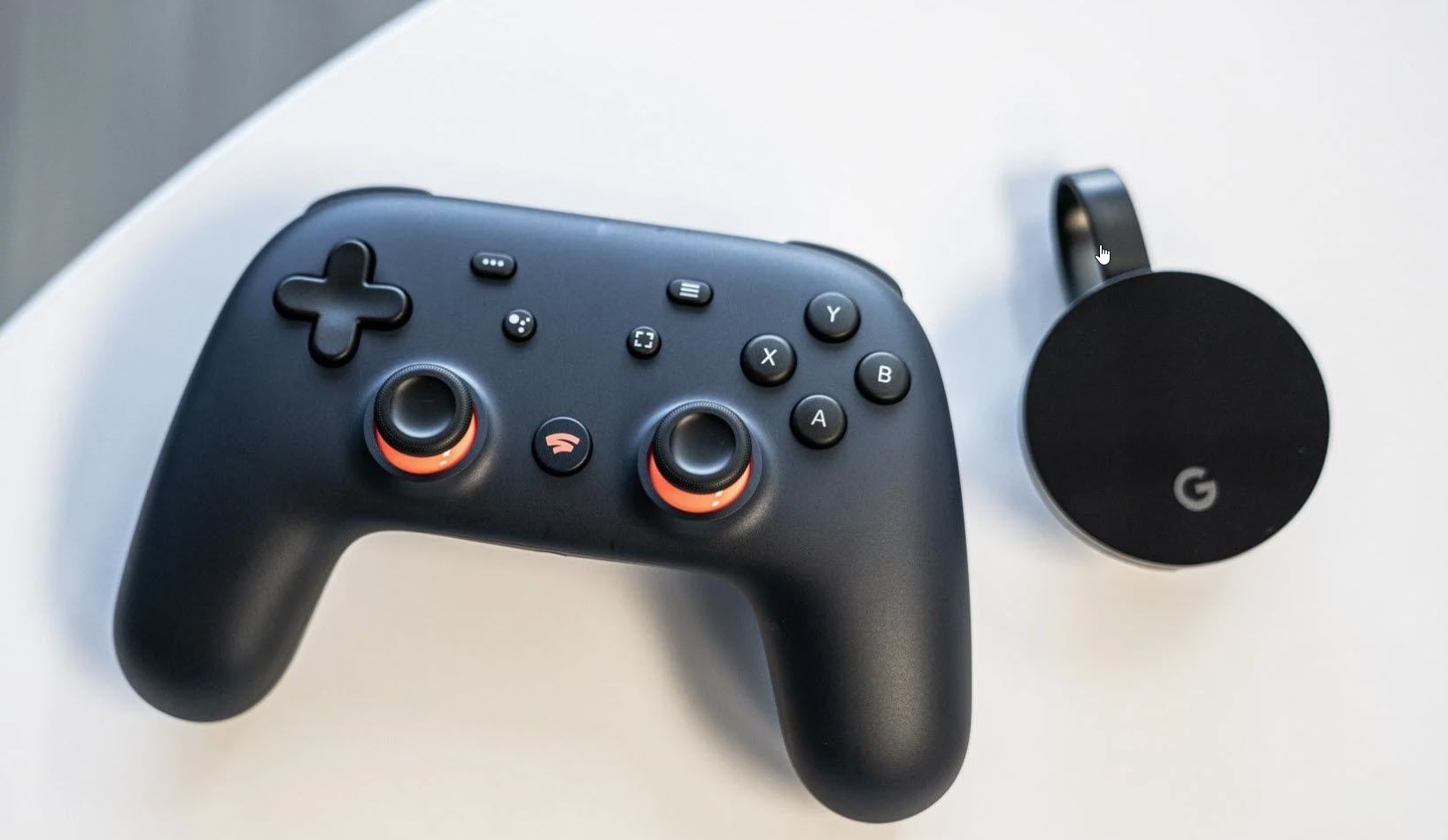 This is more something we’d like to see than any rumour that is currently doing the rounds. At the time of writing, only the Chromecast Ultra is compatible with Google’s game streaming service.

Presumably, this is due to the company wanted everyone to have the best visuals available for the relatively new platform. Checking the Stadia FAQ page reveals the following statement:

“Currently, any Google Chromecast Ultra is compatible with Stadia. You will also need a Stadia Controller and access to Stadia in order to play with Chromecast Ultra. Stay tuned for future announcements regarding additional device compatibility.”

Hopefully, this last line opens the door for a new Chromecast with Stadia capabilities. You won’t be able to play 4K HDR @ 60fps like on the Ultra, but the reduced 1080p or 720p settings available in Stadia could be an option.

To find out more about playing streamed games, find out how to get Google Stadia for free or check out our guide to the best game streaming services.

New versions of GarageBand and iMovie for iOS