China legislature recently started reviewing the controversial national security bill for Hong Kong. Critics all over the world say it will severely violate human rights in the semi-autonomous Chinese region.

Reviewing The Legislature And US’ Opinion

The National People’s Congress Standing Committee took up the issue at the start of a three-day session. China has expressed its determination to enact the law, and it expects the passage by Tuesday.

The U.S. stated it would respond by ending favourable trading terms granted to the former British colony after it passed to Chinese control. Also, the Senate recently, unanimously approved a bill to impose sanctions. These sanctions refer to businesses and individuals, including the police. Addressing those that put in danger Hong Kong’s autonomy or deny freedom promised to the civilians.

The Senate bill addresses police units that have attacked Hong Kong protesters. Additionally, these involve Chinese Communist Party officials for imposing the national security law. The measure introduced also would put sanctions on banks that do business with entities found to violate the law. 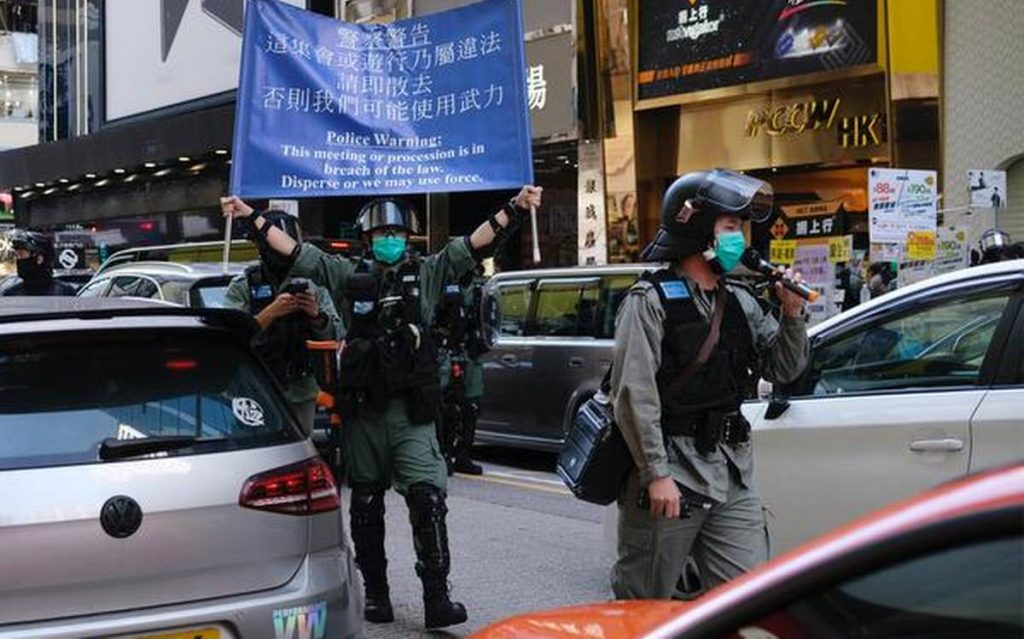 The law would criminalize secession, subversion of state power, terrorist activities and colluding with foreign forces to endanger national security. Critics say Hong Kong’s legal statutes already account for such matters and that Beijing aims to use the law to pursue political opponents.

How The Civilians See It

Further, people see the measures widely as the most significant erosion to date of Hong Kong’s British-style rule of law. Also, the high degree of autonomy that China promised Hong Kong would have under one country, two systems principle. The country has long demanded such a law for Hong Kong. But, efforts were halted in the face of massive protests in 2003. Beijing seems to have lost its patience in the face of widespread.