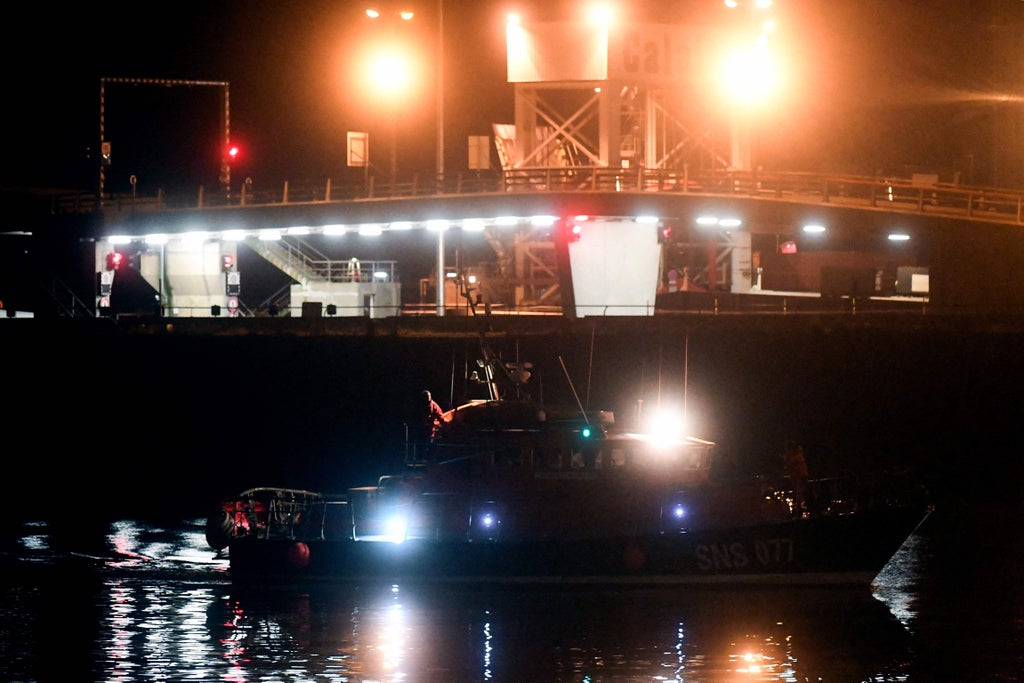 The English Channel suffered its worst-ever migrant tragedy on Wednesday after a packed inflatable dinghy sank with the loss of at least 31 lives.

Among those drowned were five women and a young girl, according to French interior minister Gerald Darmanin. He said that two survivors were fighting for their lives while another person appeared to still be missing.

After chairing a meeting of the government’s Cobra emergency committee to discuss the disaster, Boris Johnson declared himself “shocked, appalled and deeply saddened” and offered additional help to Paris to “demolish” people-smuggling gangs which he said were “getting away with murder”.

But he gave no indication of stepping back from hardline immigration policies that some observers blame for pushing ever more desperate refugees into risking their lives crossing one of the world’s busiest shipping lanes.

The British Red Cross and Refugee Council joined calls for the creation of safe routes for those seeking asylum in the UK, warning that “cruel and ineffective” tactics will not prevent lives from being put at risk.

But home secretary Priti Patel indicated that the government will press ahead with its approach of attempting to reduce so-called “pull factors” – like access to benefits or work – which she believes is driving migrants to the UK.

Mr Johnson also said that, despite receiving £54m from the UK to help clamp down on human trafficking, France had not dealt with the issue “in a way that we think the situation deserves”. He renewed the offer of British police patrols on the beaches used as launch sites for small boat crossings, previously rejected by Paris.

Admitting that efforts to stem the flow of small boats “haven’t been enough”, the PM sent a message to Paris: “I say to our partners across the Channel, now is the time for us all to step up, to work together, to do everything we can to break these gangs who are literally getting away with murder.”

At least three rescue vessels and one helicopter were sent to the scene when a fishing boat sounded the alarm after spotting several people at sea off the coast of France.

A French naval boat spotted several bodies in the water around 2pm, retrieving an unknown number of dead and injured, including some who were unconscious, a maritime authority spokesperson said.

A joint French-British search operation for survivors was still under way late Wednesday.

Mr Darmanin told reporters in Calais that four suspected traffickers had been arrested on suspicion of being linked to the sunken boat.

Two of the suspects were said to have appeared in court, as the regional prosecutor opened an investigation into aggravated manslaughter, organised illegal migration and other charges.

Lille prosecutor Carole Etienne said officials were still working to identify the victims and determine their ages and nationalities.

“It’s a day of great mourning for France, for Europe, for humanity to see these people die at sea,” Mr Darmanin said.

He called for coordination with the UK, saying “the response must also come from Great Britain”.

“My thoughts are with the many missing and injured, victims of criminal smugglers who exploit their distress and injury,” he said.

“Everyone deserves to live in safety and it should be unacceptable to us that people have no choice but to make dangerous crossings in their search for this,” said Mr Adamson.

Liberal Democrat home affairs spokesperson Alistair Carmichael said that people were dying in the Channel “because of the government’s total failure to get a grip on this crisis”, calling on Ms Patel to “stop her pointless posturing” and provide safe and legal routes for refugees to find sanctuary.

And Labour peer Lord Dubs, a former refugee who won a commitment from the government for safe routes to the UK for child migrants, told The Independent: “This is a terrible tragedy and what makes it worse is that many of us predicted that this would happen sooner or later.

“We need to ensure those refugees – particularly children – who have family links or other connections with Britain are allowed to come here in a legal and orderly manner.”

Labour’s shadow home secretary Nick Thomas-Symonds called for the “urgent reinstatement” of the Dubs scheme – which was meant to offer safe routes over the Channel for 3,000 unaccompanied children but was closed down by the government after helping only 480.

Mr Thomas-Symonds said that the disaster should act as “the most tragic of wake-up calls to redouble our efforts to make sure that people are not on the water in these terrible makeshift boats, risking their lives”.

The latest fatalities follow a string of other migrant deaths in the Channel in recent weeks, amid a record number of people attempting the dangerous crossing. On 11 November, a total of 1,185 people arrived in England by boat, the most in a single day.

The deaths have fuelled concern about mooted Home Office plans to “push-back” migrant boats in the Channel.

Lawyers warn that the tactic, referred to several times by Ms Patel but not yet official policy, would breach international law and put lives at risk.

Migrant safety organisation Channel Rescue has launched a legal case over the “life-threatening, inhumane and unlawful” proposals on the basis of British and international maritime law, which state that no one can endanger other vessels at sea.