Abrar Anjum was arrested by FBI agents in February while trying to board a New York to India flight.

Who is Abrar Anjum, and why should you care? Anjum is one of three people, all operators of call centers in India, charged in a large-scale tech support scam that has bilked millions from victims in the US. Anjum’s two accomplices are still at large in India.

The scheme they were perpetrating used tech-support pages inserted into emails as Microsoft security alert pop-ups. The alerts claimed victims’ computers had been infected with malware, and they should call a phone number for further assistance from a Microsoft employee. The scam preyed mostly on elderly victims who lacked the technical knowledge to realize the security alert was bogus.

Once a victim made contact with a “technician,” they were convinced they needed to install remote control software on their computers so the technician could diagnose “the problem.”

Typically, after performing the “diagnosis” and correcting “the problem,” victims were asked to pay for the service work on their computers. Payment was to be sent via gift cards from local stores or by wire transfer.

With that account information, scammers could surreptitiously drain victims’ bank accounts by performing wire transfers to intermediary accounts controlled by their “money mules,” who would then launder the money and transfer it to the scammers’ overseas accounts.

As I said, there are still two suspects still at large. You can be sure they, along with other scammers, are still involved in fraudulent “tech support” schemes such as this. So how can you protect yourself from being a victim?

Here’s what to do when you get a pop-up alert claiming to be Microsoft or some other legitimate support service:

• If you get an unfamiliar pop-up window, close it.

• Remember, legitimate technical support services never contact you without you contacting them first or ask for credit card or other financial information.

• Do not purchase any software or services from sources you are unfamiliar with.

• Ask if there is a fee for the service. If there is, simply hang up.

• Never, ever allow access to your computer unless you absolutely know it is a legitimate representative of a computer support team with whom you are already a customer.

• Record the “technician’s” information and immediately report it to us at the BBB and local authorities.

If you are a victim of a tech support scam:

• Take your laptop, tablet or a computer that was infected to a local business that you trust and have it checked out.

• Remove any software that authorizes remote access to your device.

• Change all your passwords used to access bank accounts and other websites that contain personal information.

• File a report at www.BBB.org/scamtracker as well as with law enforcement authorities, such as the FTC.

As for Abrar Anjum, he pleaded guilty, according to an Aug. 24th DOJ press release. He is scheduled to be sentenced this month and faces a maximum prison sentence of up to 20 years. 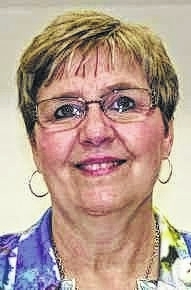 Cheryl Parson is president of the Better Business bureau serving West Central Ohio. The BBB may be found on the Internet at www.lima.bbb.org.

READ  Are microservices right for your business? - TechHQ

Tech-Start-ups: Why new entrepreneurs fail to get early funding – Vanguard

Buy them before we do: second-hand picks for 7 May