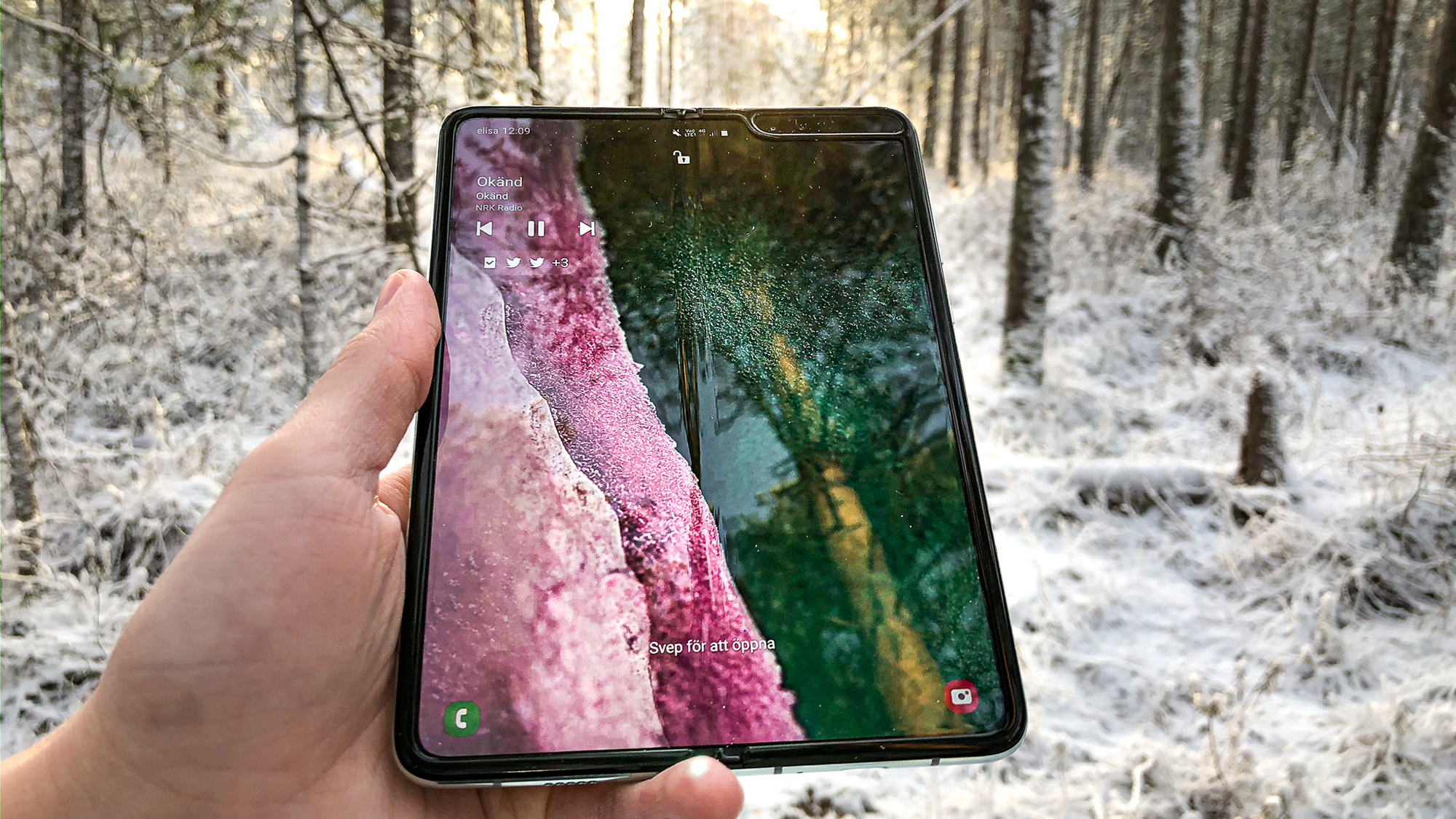 The details come courtesy of noted leaker Max Weinbach, who had supplied the initial rumor of a $1,100 (roughly £890 / AU$1,690) Samsung foldable, called the ‘Galaxy Fold e.’ The follow-up info he tweeted out has predicted a different name – the Samsung Galaxy Fold Lite – and revealed a few more potential details.

First and biggest: it may be powered by a Snapdragon 865 chipset, but won’t support 5G. That’s a big change from the original Galaxy Fold and, well, any phone packing the 865, which has a built-in 5G modem. While Weinbach is less confident about the Galaxy Fold Lite’s chipset, other details included 256GB of storage, international availability, and a smaller external display that looks more like the outside screen on the Galaxy Z Flip.

I have some info on the Galaxy Fold Lite. -Galaxy Fold Lite 4G-256GB storage-Mirror Black, Mirror Purple-Display has no UTG-Will be equipped with a mix of 2018/19/20 parts-outside will probably have a smaller display (not like on Fold, but more like the Z Flip)May 12, 2020

He also noted that the internal display won’t have the ultra-thin glass in the Galaxy Z Flip; instead, if likely has the same flexible plastic as on the Galaxy Fold, which was reportedly less durable and more prone to damage. Per these details, the Galaxy Fold Lite will have an aluminum frame and glass on the outside, however – and will be built from ‘a mix of 2018/19/20 parts,’ presumably from Galaxy Fold models of those years.

He claims it will be called ‘Galaxy Fold Special Edition’ instead of ‘Galaxy Fold Lite’ – and it’ll be announced in July.

The only difference between the original and the cheaper Galaxy Fold Special Edition…is just the lower price, Young stated in a tweet reply. We’ll have to wait for more info before we see which leak wins out.

As Facebook Boycott Grows, Advertisers Grapple With Race – The New...