Cars seem to be an emerging front in the American culture wars. Consider the reaction to an essay by Carlton Reid, written for the website Works in Progress, arguing that ubiquitous driving does not necessarily create happy, healthy communities. “Cars may seem dominant in many towns and cities right now, but that’s because choices were made to allow such dominance,” Reid noted. “Choices can be remade; minds can be changed.” That quote generated a backlash among conservative critics, who argued that the worldview it represented would “force serfdom on America” and coerce people into “a pod in some blue cesspool.” Any revision to our existing land-use and street-design regimes, the thinking implied, would make the American way of life impossible.

The opposite side of this cultural coin came in response to a recent New York Times column on family road trips and the spiritual benefits of driving. Columnist Ross Douthat contended that driving could both instill “adult mastery and knowledge” and deliver “a nonvirtual experience of the America beyond your class and tribe and bubble.” Though Douthat observed that walking or taking the subway in a city can engender similar personal growth, many urbanist advocates interpreted the article as an attack not only on livable cities but also on liberal values. One Minnesota critic, for example, described the columnist’s vacation as an exercise in “burning buckets of fossil fuels and torturing his children with boredom punctuated with visits probably not to the newly hallowed civil rights monument known as George Floyd Square in Minneapolis, but to the nearby suburban, Canadian-developed megamall-adjacent water park.”

Internet backlash is Internet backlash, but these particular outrage cycles provide a window into how discussions of urban space are politically coded in the United States. Challenges to the car-centric status quo in this country are often perceived as left-wing. Meantime, progressive urbanists sometimes strike an antagonistic posture toward rural and suburban America and demonize its car-centric way of life. Cars and the question of how to use public space aggravate geographic, personal, and political divides—an unfortunate dynamic that crowds out alternative perspectives.

How should market-friendly advocates for efficient, safe urban life navigate this terrain? As Darrell Owens of the California YIMBY advocacy group has written, “conservative YIMBYs”—advocates of new housing construction on the right of the political spectrum—constitute the smallest subset of housing advocates and usually reside in San Francisco and New York. The statement applies to conservative urbanists more generally. A perception that activists from these coastal, progressive cities are parachuting into heartland America risks polarizing conservatives against different planning models.

In truth, the insights of Reid’s car-skeptical essay apply just as much to American suburbs and small towns as they do to Reid’s native Newcastle—or to Manhattan. Driving imposes consequences; American municipalities usually allocate too much prime real estate to parking; highway construction isn’t always the healthiest thing for a neighborhood. But translating these propositions to good policy outside our densest metros requires accommodation. Appeals to the core commitments of family, neighborhood, and community are more likely to resonate for conservatives than are rants against McMansions, climate change, or big trucks.

From Harlem to Plano, Texas, people want safe public places for children to play, neighbors to connect, and friendships to blossom. Creating them does not require a “war on cars.” Too often, advocates of livable spaces veer into hard-core leftism, complete with calls to “direct action.” A U.K. trend is to “disarm” cars by deflating their tires in the dark of night. One band of vandals in England claims to have “disarmed” more than a thousand vehicles in a two-week stretch in July. A more broad-based urbanism would treat public space as a public good, a place that helps families and communities thrive, rather than indulging in progressive intolerance.

With Americans bracing for the next Supreme Court ruling, House committee hearing, or executive order, something as bland as recommending traffic-calming or congestion pricing risks being interpreted as part of a wider campaign. The challenge for market-friendly urbanists will be to convince Americans living outside urban cores that allocating a bit less space for cars is not a trojan horse for the transformative progressive project. Fortunately, evidence suggests that localities are more open to concrete agreement than the latest Fox News or MSNBC segment would indicate. Families tend to value safe places to ride, walk, and gather regardless of the political team they root for.

Jordan McGillis is a policy analyst at the Manhattan Institute.

City Journal is a publication of the Manhattan Institute for Policy Research (MI), a leading free-market think tank. Are you interested in supporting the magazine? As a 501(c)(3) nonprofit, donations in support of MI and City Journal are fully tax-deductible as provided by law (EIN #13-2912529). DONATE 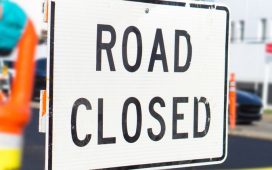