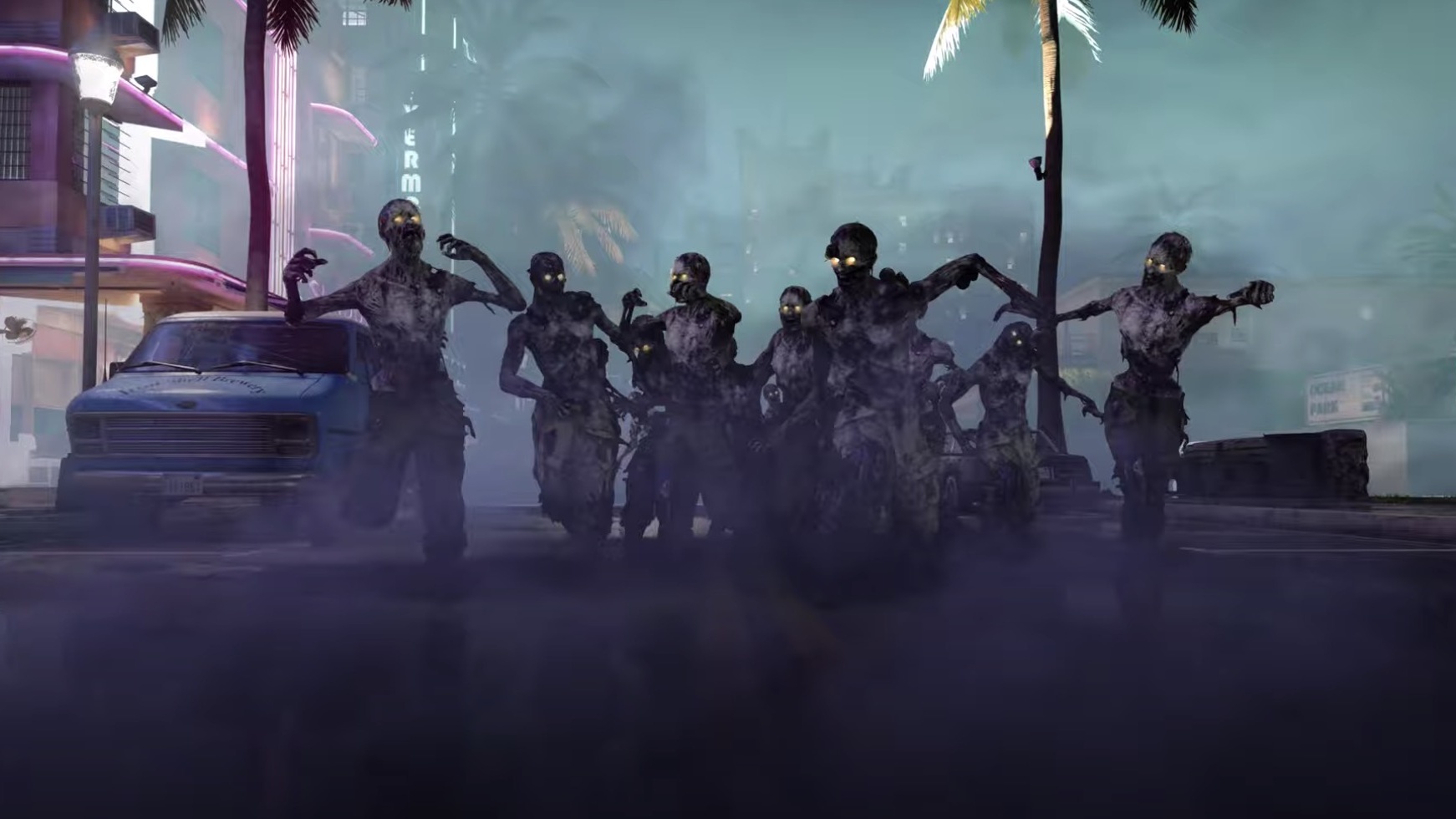 Activision has announced a new Zombies co-op mode for Call of Duty: Black Ops Cold War that will be exclusive to PlayStation 4 and PlayStation 5 players for almost a full year from release.

Called Zombies Onslaught, the new mode is described as “a two-person, fast-paced Zombies experience” which will drop players, armed with their custom loadouts, into “one of several locations derived from various Multiplayer maps”. Here, they’ll be confined by the Dark Aether Orb to a specific area and the zombie hordes will start their attack.

Players will have to stay inside the area protected by the orb or they’ll take Dark Aether damage, but as they kill more zombies, the orb will gain power and they’ll have to move with it around the map. Staying alive and racking up points is the aim of the game.

Get the best PlayStation 5 deals before anyone else!

We’ll send you pre-order details and the best PlayStation 5 deals as soon as they’re available.

Of course, staying alive won’t be easy as each fresh wave of zombies will be “more resilient, faster and deadlier” than the last. Reaching Bronze, Silver, or Gold ranking in this mode will unlock rewards to use across Zombies and Multiplayer, with new maps and rewards to be expected in each new season.

READ  The DeanBeat: The Call of Duty League delivers a throne and a $4.6 million prize pool this weekend

Zombies Onslaught mode will be available to PlayStation players from the game’s launch on November 13 2020 but, unfortunately for those playing on Xbox and PC, it’s a timed exclusive until November 1 2021.

Timed exclusives are a contentious topic and the Call of Duty franchise has received criticism for them before. Given Activision has gone all-in on cross-generation, cross-platform play for Black Ops Cold War and its main Zombies mode this year, the decision to have an exclusive mode might surprise some. Onslaught will, at least, sit separately from the game’s traditional main Zombies narrative, Die Maschine, which will still be available on all platforms from launch along with multiplayer and the main campaign.

Call of Duty: Black Ops Cold War will launch on PS4, PS5, Xbox One, Xbox Series S, Xbox Series X and PC on November 13 2020, with and without Zombies Onslaught mode.

5 Most Memorable Viral Video Games Of All Time (& 5 That Were Really Stupid, Now That We Think About It) – Screen Rant

The best Black Friday PS4 deal is the gift that keeps on giving: 25% off PS Plus

Animal Crossing New Horizons: How to transfer save data

The Internet Archive will stop all your favorite Flash games and...