Home Autos Buy them before we do: second-hand picks for 10 July

Family duties needn’t stand in the way of hot hatch larks – ever considered a souped-up MPV?

It would be fair to say that nobody has a burning desire to buy an MPV these days. It is a car you don’t want but might very well need. There is, however, a way to make the ordeal a lot more palatable if you’re an enthusiast: buy one that’s been fitted with the engine for the hot hatch you’d rather have bought. Enter the ultimate fast MPV, the Zafira VXR.

Critics will be quick to point out that it doesn’t drive like a sports car, and that’s a fair point. Then again, what vehicle from this period (2005- 10) with a roofline this high ever does? The Zafira VXR is still a laugh to drive, dealing with the torque steer that its turbocharged 237bhp and 236lb ft 2.0-litre engine generates or, indeed, watching that plume of smoke you leave behind every time you accelerate hard out of a corner. Aside from a very firm ride that will have delicate stomachs churning in no time, the Zafira VXR is quite a performer that will roast most sports cars at the traffic light grand prix.

So, the hot topic now is what you need to know when buying one. Well, as with most family-oriented cars, you’ll need to make sure the interior hasn’t been trashed, particularly those figure-hugging Recaro seats up front. Next, ensure the front tyres have a decent amount of tread because the VXR will eat through them if you drive it hard all the time.

You should also check that the recall regarding the heating and ventilation system has been carried out. There have been two issued for this generation of Zafira and the one relating to cars with climate control applies to the well-specced VXR. This involves some modification to ensure water doesn’t get into the system and replacing the blower fan motor, regulator and wiring harness. Make sure this has all been done or things might get toasty. 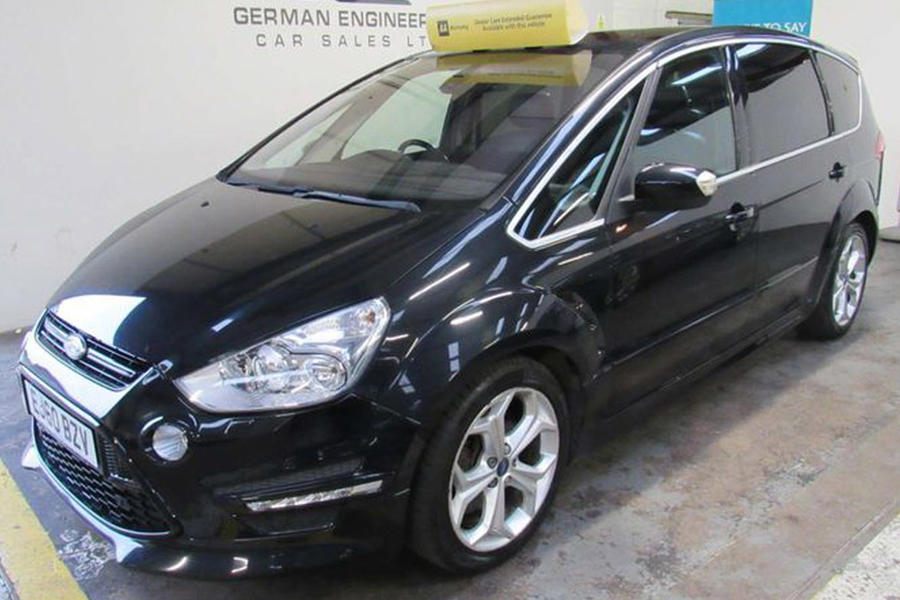 Ford S-Max 2.0 Ecoboost Titanium X Sport, £8999: It would have been nice to find a five-cylinder S-Max with the same engine as the contemporary Focus ST, but those are rare. A better compromise is this later, 2010 example with a 236bhp 2.0-litre turbo. It’s more powerful and far cheaper to run. 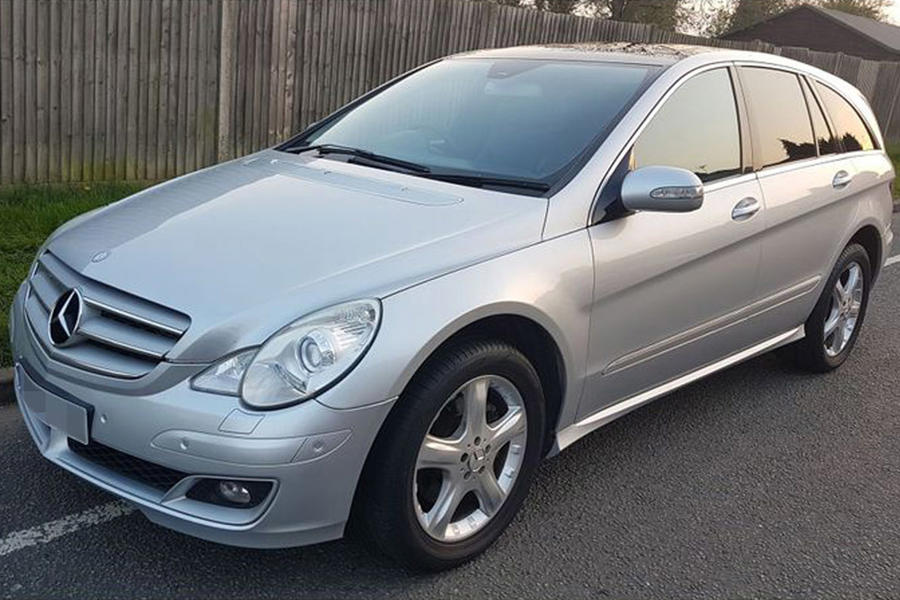 Mercedes-Benz R500, £8975: True, this is one odd-looking people mover from the outside. However, its 306bhp 5.0-litre V8 means it won’t be visible to bystanders for very long. Inside, you’ll find seating for six, and the middle-row captain’s chairs each has access to a TV screen. 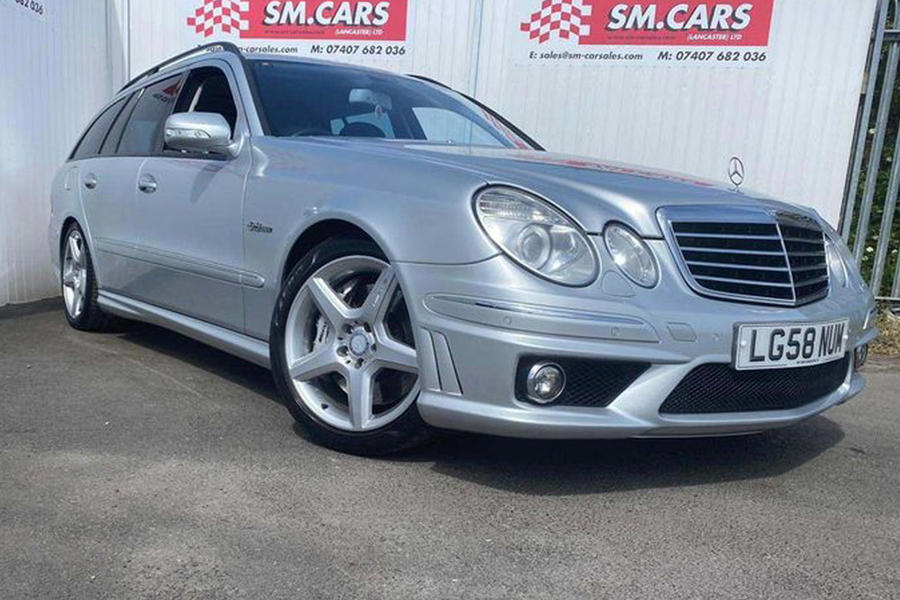 Mercedes-AMG E63 Estate, £14,295: There’s been a spike of buyer interest in new E-Class estates. But why buy new when you could have this 6.2-litre V8 monster? This seven-seat example from 2008 is half the price of the cheapest new petrol alternative and has a full service history. 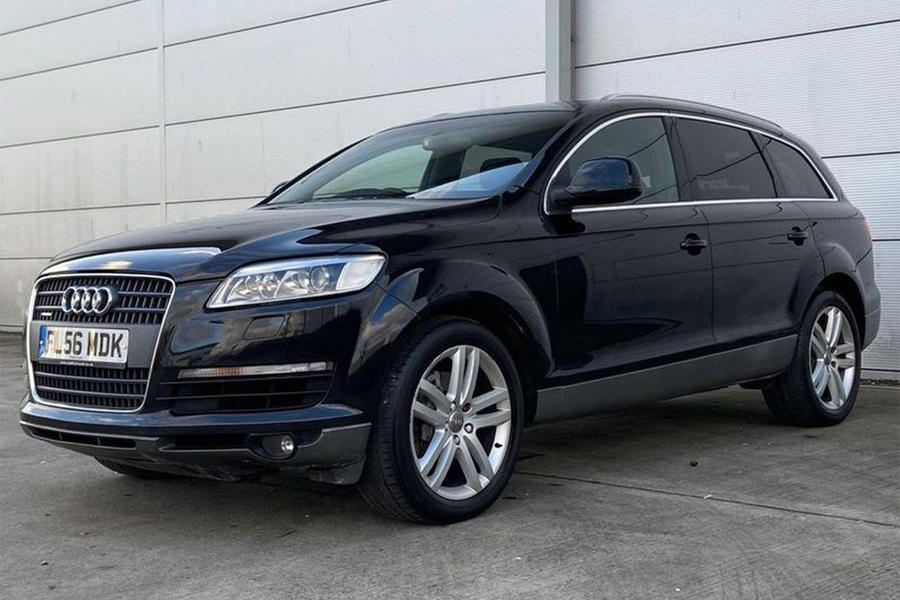 Audi Q7 4.2 FSI SE, £7990: Under the bonnet of this SUV hides the not so distant relation of an engine that powered the early R8. Okay, it isn’t as powerful and is ultimately slower, but this has to haul around up to seven people rather than just two and it has a TV weighing it down, too. 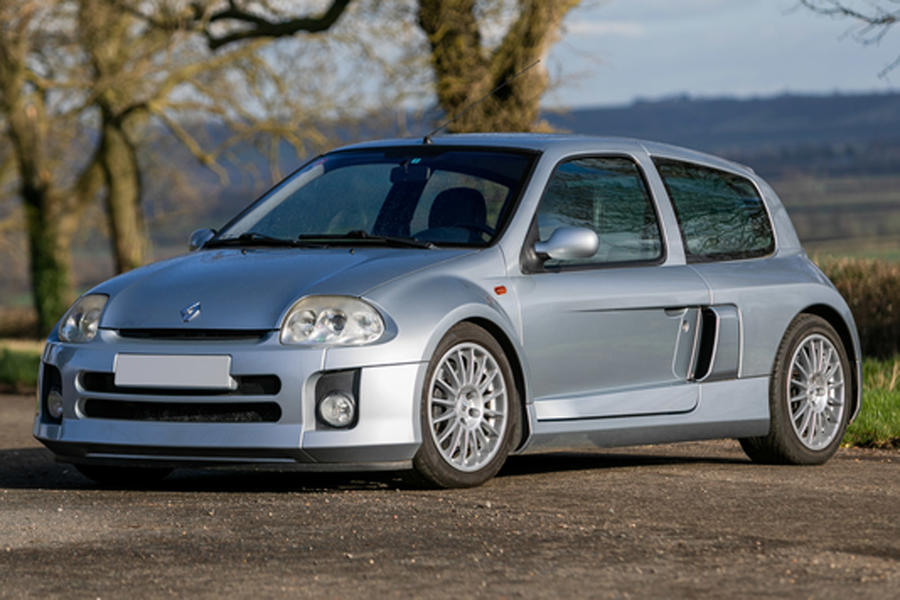 Renault Clio V6 Renault Sport: The story goes that when the boss of VW got wind that Renault was making a ‘three-litre’ Clio, he assumed it was an economy model (three litres of fuel per 100km). But Renault was actually planning was a road-going, fuel-guzzling 3.0-litre V6 Clio – a gloriously mad mid-engined pocket rocket with blistered composite wheel arches more flared than a Bee Gee’s trousers. This particular one is a left-hand-drive import, but that still didn’t stop it making a strong £21,870. Condition is often key with these because, if any of those bespoke exterior panels is damaged, the repair bills will be huge. 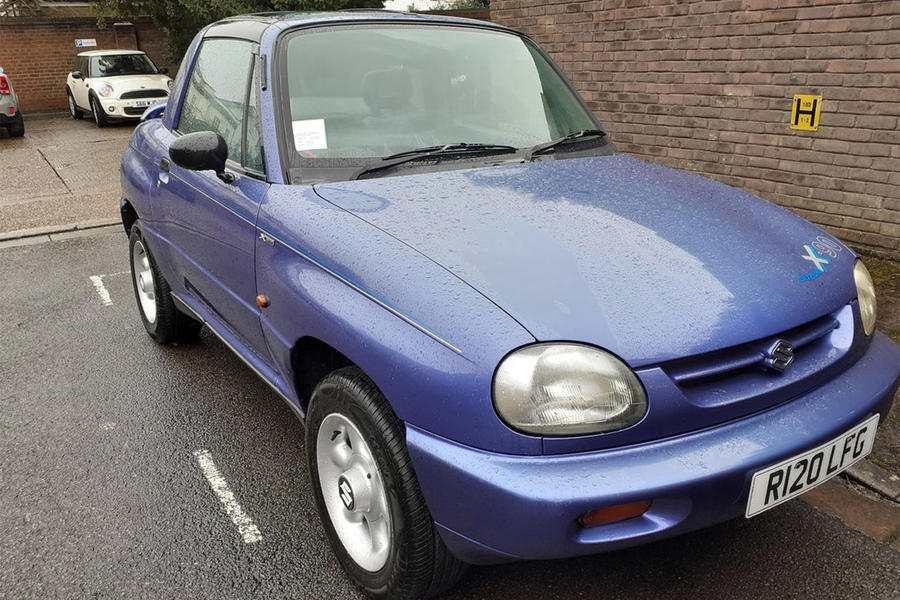 Suzuki X-90, £2795: If anyone moans about the number of niche SUVs and wishes we’d go back to a time when 4×4 meant mud-plugger, point them in the direction of this. On the one hand, it was a four-wheel-drive off-roader (yes, there was a 2WD version, too), and on the other, it was a two-seater with removable roof panels. It was so out there that Suzuki withdrew it from sale after 18 months because few were willing to be seen in it. But the X-90’s time may yet finally come, in this SUV-obsessed world, and it could suddenly be seen as a trendsetter, decades ahead of its time.

Clash of the classifieds 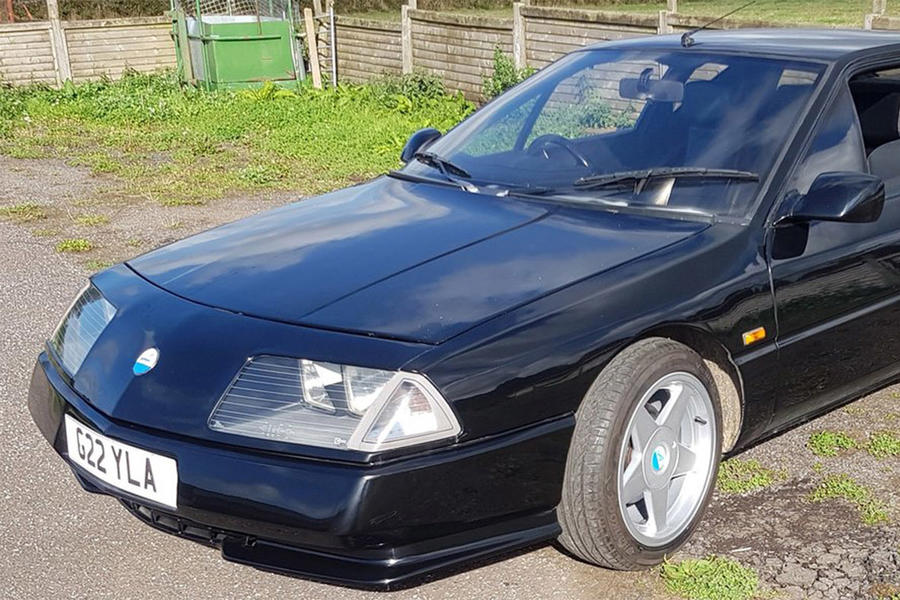 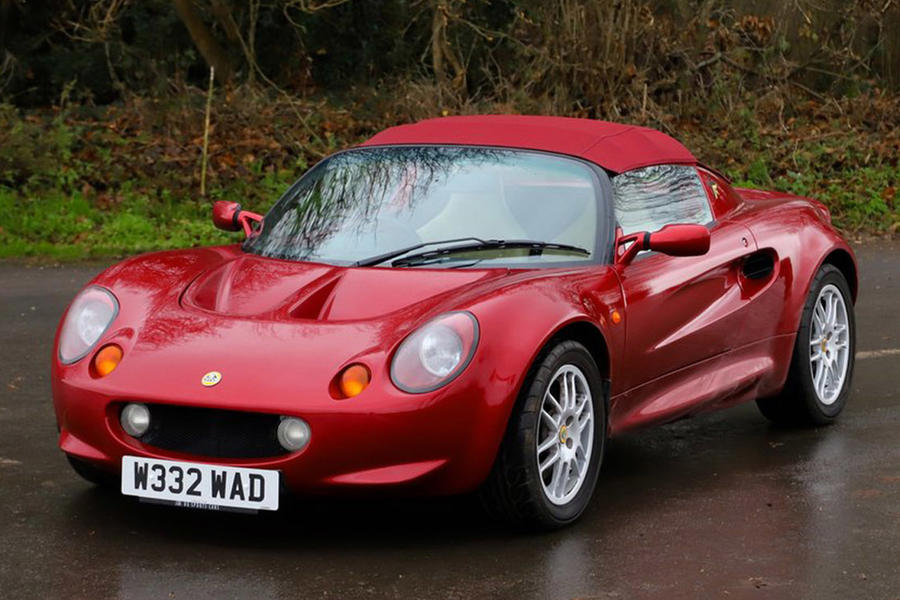 Mark Pearson: OMG, Max, look at my Alpine. Have you ever seen anything more desirable for this money than this wonderful low-drag GTA? It’s 200bhp turbo fast, fun, lively and wonderfully sleek. It’s a thing of beauty and, yes, it has a glassfibre body, and my low-mileage 1989 car was formerly the property of the chef Michel Roux Jr, so it’s bound to be a pleasing confection. What dog’s dinner have you gone for?

Max Adams: I’ll admit that the hood arrangement is a mess, but the Mk1 Elise is a gorgeous little sports car that offers a peerless driving experience. Plus, once that Geely money kicks in and Lotus replaces the present Elise with some weighty, electrified successor, we’ll look back at this 700kg featherweight as an icon. One to tuck away for the future, I would suggest.

MP: Not for my future, thanks. Too small. Tiny. Hardly a car at all, really, whereas my Alpine is class and something that would give you immense sensual gratification.

MA: That comeback seems a little forced, much like the forced induction that pathetic PRV V6 needs to produce a decent amount of horsepower.

MP: And what borrowed pile of old iron propels your toy car?

MA: The K-series was a rather advanced engine – on paper. It wasn’t the engineer’s fault that penny-pinching ruined it. Anyway, mine has had lots of work done to eradicate these foibles.

Verdict: Alpine all the way for me, please…

Vauxhall not ready to kill off VXR just yet

6 Laws Of Zero Will Shape Our Future. For The Better Or Worse Is Up To Us. – Forbes

Microcages stack up for regrowth of tissues

6 Laws Of Zero Will Shape Our Future. For The Better...