Wi-Fi enabled, with four tuners that let you record three shows at once whilst watching another, the BT TV Box Pro’s 1TB storage space is good for holding on to around 600 hours of (standard definition) recordings depending on their resolution quality.

With access to premium TV channels from the likes of Sky, and with BT’s own sizeable sports offering in the form of BT Sport Ultimate, you’ll be hard pressed to find something you can’t watch on the BT TV Box Pro – especially considering major internet TV providers like Netflix and Amazon are built in. Even better, a universal search option lets you hunt for whatever show or movie you’re after from one centralised place, letting you search through all the providers at once rather than having to dive in and out of each individual app.

Fast, stable, and featuring a sleek industrial design that you won’t have to hide away, the BT TV Box Pro is a top-notch option for BT customers looking to expand their TV viewing options.

The BT TV Box Pro is sold as part of a 24 month contract through BT. An activation fee of £20 is required, alongside a postage cost of £9.99. Those fees aside, there’s no upfront charge for the box itself, with the hardware subsidised by the monthly fees. They vary depending on the breadth of the package you sign up for, with an entry package starting at £12, and a VIP package, including access to the premium sports and Sky TV packages, costing £65 a month:

It’s a pricing tier that scales well to your finances and viewing habits then, but note that the BT TV Box Pro really comes into its own when you’ve access to the full breadth of its content offerings. It’s the VIP package that we’ve been testing the box alongside for review, for reference.

The BT TV Box Pro is about as attractive in design as a set top box gets. Low profile with curving edges, it’s a simple matte black box with gloss trim, with an inoffensive BT logo on the front that glows to show the box’s status.

Spin the box around and alongside a power input you’ve got aerial in, aerial out, USB (for firmware updates), Ethernet and an optical sound port, as well as a 4K HDR capable HDMI port. Note that there’s no SCART input here, so if you’re still on a much older TV set, it’s time to upgrade.

As well as Ethernet, the box supports Wi-Fi connectivity, and comes with 1TB of built in storage space for recordings. That’s the equivalent of around 600 hours of recordings, though that figure will be significantly less if you load up on 4K footage, dropping down to just 60 hours. Four onboard tuners allow for three channels to be recorded simultaneously whilst watching a fourth live program, too, meaning there’s little chance you’ll have to suffer missing something if there’s a clash.

For the energy-conscious out there, there’s a solid selection of eco settings to tweak, including a ‘Smart’ standby mode that can put the box into a deep-sleep state during the hours you’re least likely to be using it.

A full sized remote comes with the package, and works over a Bluetooth connection to the box, meaning line of sight isn’t needed to communicate with the box, allowing you to pop it out of sight in an AV cabinet. Playback controls, a universal search button and source and volume controls are included (though the big “BT” circular button at the top, which is actually a power button, was a bit confusing at first as I instinctively expected it to bring me to the box’s home screen).

The BT TV Box Pro interface is clear and easy to navigate. It’s split into horizontal panes (Live TV, Featured Apps, Recordings and Watch List, BT Player, TV Shows, Films and Sport) each of which scrolls to show a mixture of featured content and live programming, depending on the pane.

With the YouView interface as its backbone, the BT TV Box Pro’s television guide is excellent. As well as letting you filter between all channels, HD and Ultra HD channels, subscription channels and channels grouped by genre, you can also scroll back in time up to seven days into the past to look up shows you’ve missed. Once you’ve found them you can still press on what you’d like to watch, with the interface smartly finding the corresponding catch up content, where available. There’s less live 4K broadcasting than found on some competing boxes, notably that of Sky Q – but with the built in apps taken into consideration you should have plenty to get the most out of your flashy TV with. Note too that while the guide has a slight transparency so you can vaguely see the show behind it, it doesn’t feature picture-in-picture viewing if you’re trying to keep track of what’s on screen while searching for another show.

Though third party apps like Amazon Prime Video also offer additional one-off purchases for films and TV, the BT TV player is likely where you’ll nab most of your rentals and film purchases on the BT TV Box Pro. It’s split into a Film Store, TV Store, Sport, Kids and a My Zone section to access your purchases. It’s all well editorialised, with trending items featuring prominently based on recent entertainment big hits, and priced in line with other digital store fronts.

There’s a good selection of apps available to watch on demand content, including BBC iPlayer, Britbox, Netflix, Now TV and Amazon Prime Video, giving a wide selection of programming available through a single box. There are a couple of big omissions though. The biggest one is Disney Plus, which isn’t available through the box; neither is YouTube, Spotify, Apple TV or indie-flick library Mubi.

The importance of these will vary depending on the capabilities of your smart TV itself – there’s a good chance those apps will be built in there, anyway. But if you’re looking for a one-stop box, the BT TV Box Pro is missing some big names. Also, frustratingly, Channel 4’s All4 content can be accessed through search, but there’s no way to dive into the All4 app itself to browse its library.

BT TV’s universal search tool is great, though. Hit the magnifying glass on the remote and you can search for shows, movies and actors across all of the integrated services built into the set top box. For instance, a search for “Daniel Craig” will reveal Craig’s Bond movies for purchase on Amazon Prime Video, Knives Out via the Now TV subscription, Sword of Honour on demand with Channel 4’s All4, and Logan Lucky to rent or buy through BT TV’s own store (to name just a few of dozens of results). It also collates upcoming broadcast TV shows in an “On Now & Later” section. It’s a detailed and comprehensive way of finding what you’re after.

The recordings section is particularly good too. Not only does it let you manage your recordings, locking important recordings and showing you remaining space for your hard drive, it also includes a watch list section where you can note and save shows on your hit list across content platforms, be that live TV, or apps like Netflix. It’s a great feature that we’d love to see rivals like Sky Q integrate.

It’s worth noting that the BT TV Box Pro also works alongside the BT TV mobile apps. These let you remotely schedule recordings, let you watch live TV on the go, and access any paid-for film or TV purchases whilst out and about too. It doesn’t however let you access your live recordings remotely.

The overall performance of the BT TV Box Pro is top notch. It’s responsive to remote control inputs, and pulls in metadata and search data quickly. Changing between apps is speedy, and there was no notable lag when moving through the box’s many channels and viewing options. Lots of the box’s visualisations, be that film and TV previews and artwork, or the catch-up streams themselves, will be dependent on the quality and speed of your broadband connection though, so take that into consideration before committing to the contract.

Should I buy the BT TV Box Pro?

You want an intuitive and comprehensive TV search engine
You can find loads of TV shows and films from one smart search bar with the BT TV Box Pro – even if the content itself is housed across lots of individual apps.

You record lots of TV
With multiple tuners, a large and fast hard drive, and a nicely laid out recordings and watch list section, the BT TV Box Pro is great for storing up shows for a binge at a later date.

You look forward to 4K / HDR / Atmos programming
There may be slightly less 4K content on the BT TV Box Pro than what’s offered up by Sky, but there’s still a substantial amount, and what is here is well presented and sharp.

You want all your TV apps in one place
The BT TV Box Pro has lots of viewing options, and big hitters like Netflix and Amazon covered off, but is still missing Disney+, Apple TV+ and a few others. 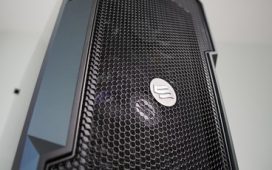 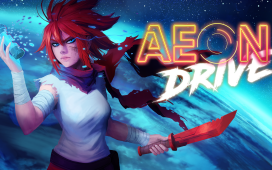 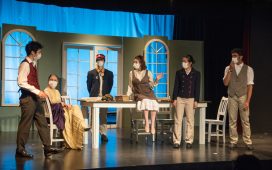 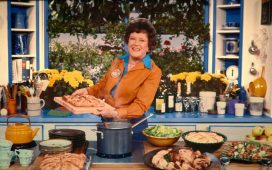 Teaching a nation to cook – The Tech 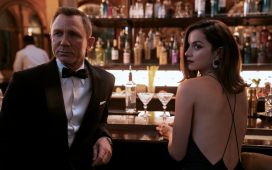 'No Time to Die' had far too much time – The Tech 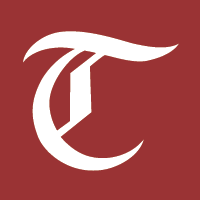 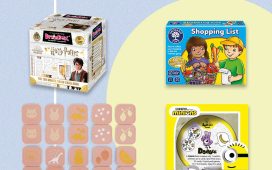 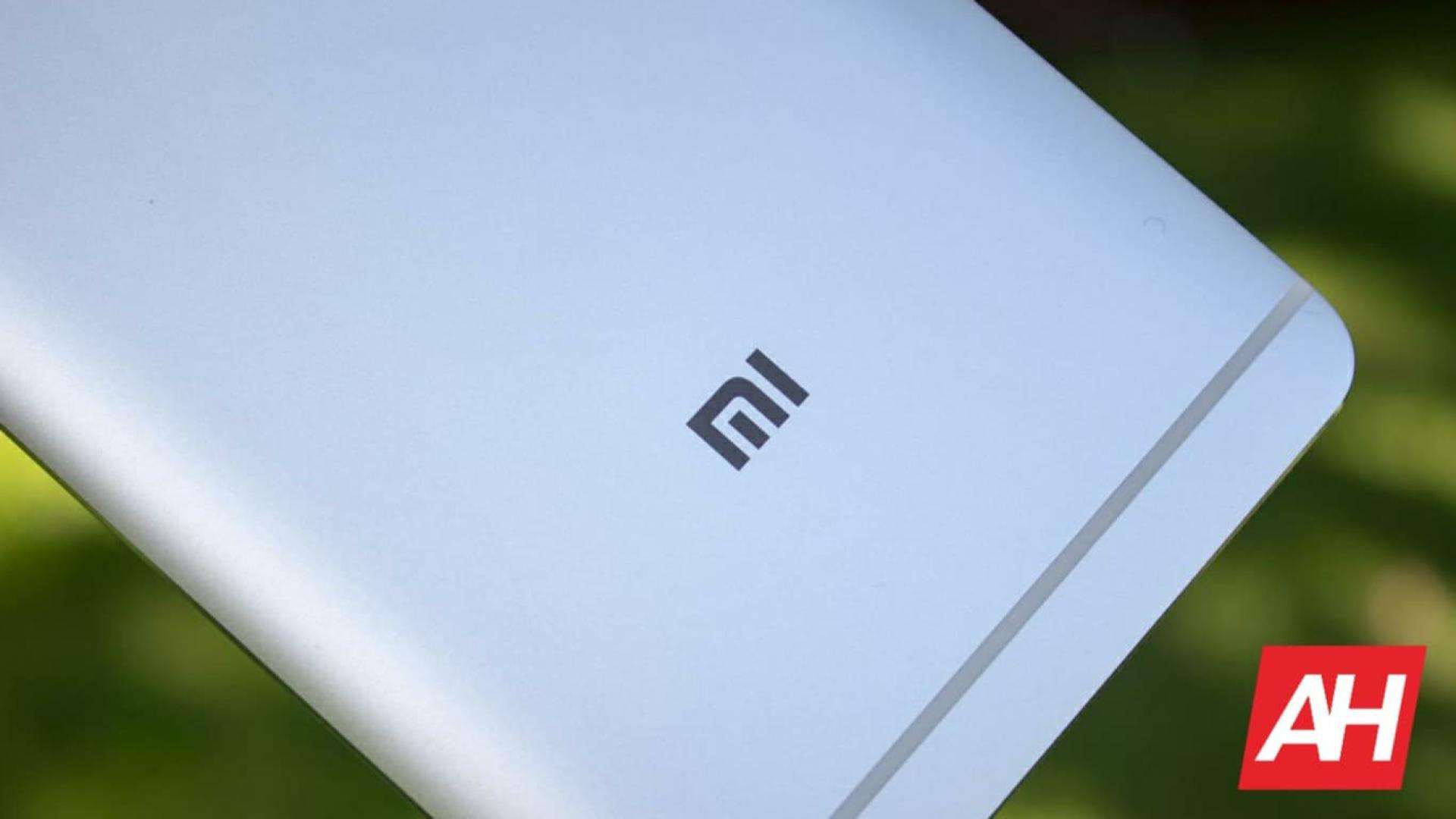 ‘I got out of the car and ran’: Ex-police officer says she was sexually assaulted by senior officer in forest at night