Home Tech Reviews Bose Sleepbuds II review: Worth the price for a better night of...


Sleep, it’s an essential part of life. We all need it, but sometimes we don’t always get enough of it. I’ve suffered from lack of sleep for years, but I’ve found ways to help mitigate it, and things have improved. I could still use more sleep, but really, it is my 10-year old son who suffers from lack of sleep more than I. So when the Bose Sleepbuds II were offered to us for review, I knew I had to try them for his sake.

We have tried many different methods of helping my son sleep, from leg massage and melatonin to warm baths and no screens before bed. He has always struggled to fall asleep and struggled to stay asleep. We’ve used sleep trackers on him and have learned that he was really only getting about 1-hour of deep sleep a night and overall 5-hours of sleep. The Bose Sleepbuds II were a long shot, but a shot we were willing to try.

It’s important to note that the Sleepbuds II are not designed with children in mind. Bose designed these with adults in mind. Read on for the full review of the Bose Sleepbuds II and find out why these little earbuds are a Techaeris EditorsChoice!

The Bose Sleepbuds II has the following features and specifications:

What’s In The Box

I’m going to start with the design of the Bose Sleepbuds II charging case first. The hockey puck-shaped charging case is made of aluminum with a rubber sole that keeps the case firmly planted on whatever surface you put it on.

The Bose branding is in shiny silver, giving it a nice look, and the USB-C port is on the back for charging. What I really love about this case is the way it slides open so effortlessly. The mechanism they use for the sliding action is smooth, and sliding it open and closed has an odd satisfaction.

Once the case is open, you’ll see the Bose Sleepbuds II nestled inside comfortably. There are 5 LED lights indicating the charge left in the case and 2 LED slits under each bud indicating they are charging. The case is most definitely the nicest earbud case I’ve ever used.

The Bose Sleepbuds II themselves are very small. Their size really surprised me because I’m used to much larger earbuds, but there is a purpose for this. The Sleepbuds II are designed smaller, so they fit more comfortably in your ear. The smaller size makes it, so you don’t feel these earbuds nearly as much when sleeping on your side with your ear to the pillow. Brilliant idea, if you ask me.

The buds have silicone ear tips and wings that are nestled on a plastic body. The Bose branding is on each earbud. I did use the Sleepbuds II for several nights before handing them off to my son, and I couldn’t believe how comfortable they are, and they stayed in place the whole time. I’m not saying you can’t feel these in your ears at all because you can. But comparatively, these little guys feel like they’re barely there.

Overall, the design is really well done on both the charging case and the Bose Sleepbuds II.

There’s really nothing to using the Bose Sleepbuds II. You’ll need the Bose Sleep app to pair them to your phone and gain access to sounds. Once you download the app and search for the buds, you’ll connect, and you’re basically ready to go.

We’ll go over the app later, but it’s also super simple to use. Bose made everything streamlined and minimal, and I appreciate that. No one wants to go through a huge amount of rigamarole to get to bed and go to sleep. Overall, these are a breeze to pair and operate.

Since the Bose Sleepbuds II are earbuds, we have a sound section here, but really, it’s not needed. The Sleepbuds II are not designed to play music or stream anything from your phone. These earbuds only work with the Bose Sleep app and only stream the ambient sounds from the app. So don’t expect to hook these up to Spotify or Apple Music. These just aren’t made with that in mind.

Once you have found the right ear tips for your ear, you should be sure to fit the buds in your ear snugly. Once you have them in snugly, you’ll have passive noise isolation, which helps the experience. This will help the noise-masking sounds from the app more immersive.

We’ll go over the sounds and app in the next section but all of the sounds come through clearly and with a nice balanced soundstage.

When I used Sleepbuds II, I found it easier to fall asleep, and I slept longer than normal with less interruption. I only used these for three or four nights, but I could tell they helped with falling asleep for sure.

When trying the Bose Sleepbuds II on my son, we found the buds fit just fine into his ears. They don’t sit inside as deep as mine, simply because I have bigger ears, but they sat in enough where they don’t stick out.

The very first night of using Sleepbuds II, he never got up to complain about not being able to sleep. We made it a point the first few nights to keep an eye and ear open to listen for activity. Every night, within 5-minutes, he fell asleep without any issue. This was astonishing because he has always taken 2 to 3-hours to fall asleep.

We found that he still wakes up at his normal time, but the instances of not being able to sleep and getting up in the middle of the night multiple times stopped altogether.

After a week of using the Bose Sleepbuds II, we checked his sleep tracking. We found he was getting almost 3-hours of deep sleep and 8-hours of overall sleep. This was a huge improvement in sleep for him, and his attitude and energy through the day is noticeably better.

Now, we certain that everyone’s experience will be different, and your mileage will vary. But we’re very pleased with the performance of the Sleepbuds II and have seen first-hand the improvements in sleep they’ve had for our son.

Overall, the performance and sound of these earbuds was nothing short of amazing for our family.

The app is straight-forward and simple. I love this since I do not want to be putzing around with an app before I go to bed.

The app has pre-loaded sounds you can choose from but you can also download more sounds from Bose within the app. There are only a certain amount of sounds that can be downloaded so you may need to remove one sound to make room for another. The sounds included are:

Most of the sounds are ambient nature sounds, but a few of them are musical. Not in the traditional musical sense, but they are more of a droning cluster of notes pulled into a long river of sound. Think of a viola player just pulling the bow across one note for a very long time and slowly moving to another note and doing the same. I thought it was lovely and calming.

When you open the app and take your Bose Sleepbuds II out of the case, they will connect. You can then choose the sound you like and close the app. The buds are not dependent on the app after that, nor is the phone dependent on the buds. You can use your phone and open other apps, and the buds will not be disturbed.

You can also set an alarm if you like. The alarm will gently wake you up at the marked time. You can also set the amount of time you’d like Sleepbuds II to play. They can also play all night until you put them back in the case.

Overall, the app is straightforward and simple. It’s used to pair to the Sleepbuds II, choose sounds, and update firmware.

We were able to get three nights of use from the Bose Sleepbuds II. This is with them playing all night for about 8-hours a night. The battery life is my only (very minor) gripe about these buds. I know the battery on these guys is much smaller than regular earbuds, so the life will be shorter. So while I gripe about the battery life, know that it’s probably the best they could do, and it’s really not bad.

My son uses the Bose Sleepbuds II every night and replaces them in the case each morning. We’ve taught him that he needs to plug the case in the morning after his third use. We leave them to charge, and he retrieves the case and buds that evening and repeats the process.

Overall, the battery life is great, I think it could be better but I know the parameters in which Bose is working and I really do think they did their best. I just had to have one gripe for this review considering the rest of the review is pretty glowing.

The Bose Sleepbuds II aren’t exactly cheap priced at US$249.95. Some may not like that price at all, given that these buds only play sounds from the Bose Sleep app and no other sources. But for those of us who experience trouble sleeping the price is worth it if the value in return is finally being able to rest.

The Bose Sleepbuds II aren’t a guarantee. They may or may not work. They may work great or just okay. These are the risks you’ll have to weigh when considering the purchase of these earbuds. Our review is only one experience among many. Our experience shouldn’t be the only one you turn to. I encourage you to read more reviews online and on Bose’s website to make an educated choice.

In our experience, the Bose Sleepbuds II has helped our son finally sleep well and get the rest his young body and mind needs. 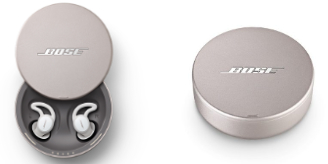 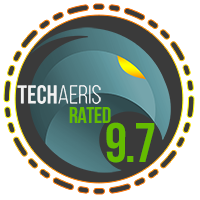 Oppo Enco X Review: One of the best sounding TWS earbuds in India under Rs 10,000 – Firstpost

Tottenham Hotspur vs. Liverpool: Start time, how to watch online in the US, UK and Australia – CNET

The Kibo Code Quantum Price & Review: Is It Worth It or Overrated? – High Tech Deck

Under the skin: Tech firms make a material difference to boost brakes – Autocar