BMW’s e-bike concepts are motorcycles outside the city, bicycles within


BMW recently showed off not one, but two e-bike concepts. The announcements are sprinkled with tons of gee-whiz claims that are easy to make when something only lives on paper, not roads. But one idea stood out to me as a real solution: the use of geofencing to limit fast e-bike speeds inside congested cities. Especially since BMW already has a working geofencing solution deployed around Europe.

In Europe at least, fast e-bikes known as speed-pedelecs (or Class 3 e-bikes in the US) are capable of going 45km/h (28mph), just like BMW’s new concept bikes, the BMW i Vision AMBY and BMW Motorrad Vision AMBY.

BMW sees the i Vision as a pedal-assisted e-bike fitted with a massive 2,000Wh battery that’s “fast charging,” naturally, for a range of up to 300km (186 miles). The Motorrad Vision, meanwhile, would have a throttle and footrests like a traditional motorbike. Both would have three speeds moderated for different types of roads. 25km/h (15.5mph) on bike paths, up to 45km/h (28mph) on roads within cities, and 60km/h (37mph) on multi-lane roads beyond the city limits. The bikes would also be fitted with proximity radar to alert the rider with a visual and acoustic warning that a vehicle was approaching from the rear.

These vehicles only exist as concepts for now. But what’s interesting is BMW’s inclusion of speed enforcement using geofencing. S-pedelecs, like the impressive Stromer ST2 I recently reviewed, are deemed unsafe for protected bike paths in cities like Amsterdam, forcing riders onto busy streets next to aggressive taxis and, let’s face it, entitled BMW drivers who believe nobody but them knows how to drive properly. Although S-pedelec riders are capable of moderating their speeds to ride alongside ordinary bicycles, some choose not to, creating an unsafe disparity. Geofencing could solve that.

BMW has everything needed to make it a reality

BMW already has a solution to this sort of problem that it uses in its cars. The company’s so-called eDrives Zones communicate with its newer plug-in hybrids to automatically switch the cars into all-electric driving mode when entering certain parts of the cities marked as low emission zones. It works in combination with geofencing tech found in BMW’s GPS navigation system. These eDrive Zones were first deployed in the four largest Dutch cities before rolling out to about 80 cities across Europe.

No wonder geofencing plays such a “central role” in these AMBY concepts: BMW already has everything it needs to make it a reality for e-bikes.

A geofencing solution that caps power delivery to S-pedelec pedals within the city limits would put these fast e-bikes back onto the protected bike paths where they belong. It would also help drive the adoption of S-pedelecs as great alternatives to cars for long commutes to and from the city. And that, in turn, would help European cities achieve their environmental goals that led to the creation of these low emission zones in the first place.

A good concept can start a conversation. And if nothing else, BMW has certainly achieved that. Now let’s hope regulators and city planners are paying attention. 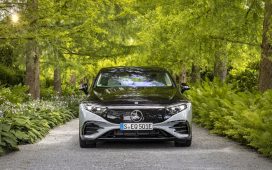 Mercedes-Benz EQS will cost over $100,000 but is still cheaper than an S-Class 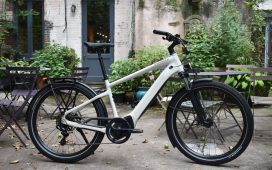 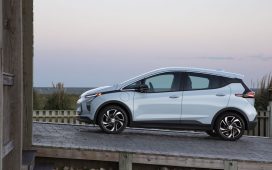 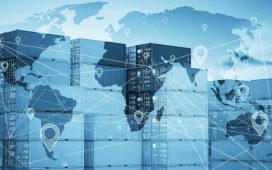 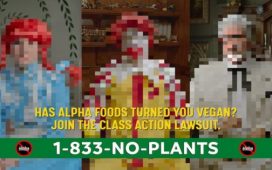