Another big event in 2020 is being canceled. Today, Blizzard Entertainment announced that BlizzCon 2020 is canceled due to the the state of the world and the ongoing pandemic. While this news will certainly be disappointing to Blizzard fans, it certainly isn’t surprising, with other events in 2020 such as GDC, E3 and others all being canceled. Meanwhile, Gamescom 2020 has shifted to an all-digital presentation.

There is still some hope for a Blizzard event though. In the announcement, Blizzard explained that it is discussing some kind of online event that could “channel the BlizzCon spirit” in a safe way. That said, it won’t happen until early 2021 at the earliest.

“We’d want to do this as soon as we could, but given that this is new-ish territory and the different factors involved, it will most likely be sometime early next year,” Saralyn Smith, executive producer of BlizzCon explained.

Last year at BlizzCon 2019, Blizzard announced some major games and expansions such as Diablo IV and Overwatch 2. Neither game has a release date or even a release window at this time, with Blizzard noting that Diablo IV in particular isn’t coming anytime soon. 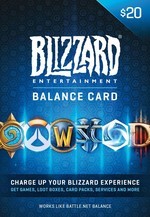 Cash for your favorite games

With a Battle.net gift card, you can grab whatever games you want from Battle.net or re-up your subscription to World of Warcraft. It’s an easy way to handle everything for Blizzard games.

READ  Command and Conquer Remastered: Everything we know

Microsoft Teams appears to be down right now

Celtics Smart ready to rock and roll after beating COVID-19 –...