The Biden administration released a road map Tuesday for eliminating carbon emissions from the transportation sector by the middle of the century, calling for more walkable communities, investments in buses and trains, and the rapid adoption of electric vehicles.

The plan, developed by the departments of Energy, Transportation and Housing and Urban Development, as well as the Environmental Protection Agency, is the first of its kind. It pairs changes to the layout of communities to make Americans less dependent on cars and a switch from gas to batteries to meet a goal scientists say is necessary to avoid the worst effects of climate change.

“We must work together in an integrated way to confront the climate crisis,” Transportation Secretary Pete Buttigieg said in a statement. “Every decision about transportation is also an opportunity to build a cleaner, healthier, more prosperous future.”

Transportation is the biggest source of greenhouse gases in the American economy, accounting for 33 percent of U.S. emissions before the coronavirus pandemic, according to the EPA. Although the power sector has seen significant gains in recent years to reduce emissions, those from transportation have declined slowly as improvements in the fuel economy of cars have been eaten away by more driving.

The release of the plan coincides with a major transportation policy conference in Washington, where industry leaders and federal officials will gather Tuesday to discuss its implications. The blueprint doesn’t set out new, enforceable targets, but serves as a long-term guide for federal agencies tasked with writing climate rules and spending environmental funds.

The next decade will be critical, experts say, as a time to lay the foundations for electric vehicles and shift to denser communities that leave residents less dependent on cars. The 88-page blueprint says the years through 2030 are a time for “turning the tide,” while leaving the biggest emissions reductions to the 2030s and 2040s.

E.J. Klock-McCook, a principal at environmental group RMI, said the biggest gains in emissions reductions across the economy initially will be made by more shifts to renewable sources of electricity.

“The electricity sector has to overachieve or overdeliver in terms of emissions reduction,” he said. “Transportation is the next in line from a technical and economic standpoint.”

With the infrastructure law and the Inflation Reduction Act, climate experts say Congress laid a foundation for the kinds of reductions the Biden administration is seeking, providing tens of billions of dollars for electric-vehicle charging and transit, as well as incentives for battery manufacturing and the purchase of electric vehicles.

“Both of these laws are catalyzing huge differences and are poised to do more,” said Deron Lovaas, a senior policy adviser at the Natural Resources Defense Council.

The Biden administration has also stiffened fuel economy standards, set a national goal that half of new cars sold will be electric by 2030 and targeted a switch by airlines to sustainable aviation fuels by 2050.

The blueprint seeks to shape the expenditure of federal money and the writing of future federal environmental rules. The plan is based on three concepts: “convenient,” which includes promoting more walkable communities; “efficient,” including modes of transportation like buses and trains; and “clean,” for fuels like batteries and hydrogen.

Most of the emissions reductions are likely to come from the adoption of electric vehicles. Such vehicles accounted for about 7 percent of new car sales in the first nine months of 2022, according to research group BloombergNEF.

Although the market is still small in the United States, Corey Cantor, an electric-vehicles analyst at the group, said evidence from Europe suggests that once electric vehicles take hold, they are adopted rapidly. American automakers are touting upcoming electric models while seeking to challenge long-dominant Tesla.

“When this thing takes off, it can take off pretty quickly,” Cantor said.

The infrastructure law included $7.5 billion for charging infrastructure, split between a network along highways that officials hope will give drivers confidence to take electric vehicles on long road trips, and a program designed to ensure that disadvantaged communities have access to chargers. The Inflation Reduction Act provides tax credits up to $7,500 for the purchase of electric vehicles, a step designed to reduce their costs.

Yet, it will take time for sales to translate into emissions reductions because a new gas-powered car sold today is likely to be on the road for more than a decade. A dramatic shift in the new-car market from sedans toward SUVs has also slowed emissions reductions. Electric vehicles accounted for less than 1 percent of miles driven in 2021 in the United States.

To increase the pace of emissions reductions, many environmental advocates have urged state transportation agencies to limit the construction of new highways that tend to encourage driving, and instead invest money in alternative infrastructure, such as bus lanes and bike paths. An analysis by the Georgetown Climate Center concluded that if money from the infrastructure law were invested in such green projects, it could contribute a further percentage point cut to emissions over the course of the decade.

Lovaas said those kinds of investments will be crucial and could help create fairer communities.

“We have a housing crisis as well as a climate crisis in this country,” he said. “There are real chances to link affordable housing development and transit-oriented development.”

Housing and Urban Development Secretary Marcia L. Fudge said the plan would help to ensure investments are made with equity in mind and help communities that have been most harmed by pollution.

“We look forward to working together to better align transportation, housing, and community development investments in these and other communities across the country,” Fudge said in a statement.

Promoting new approaches to planning will rely on the support of local and state governments, many of which do not share the Biden administration’s vision. Any push to increase the density of suburbs — a key step toward enabling people to leave their cars at home — frequently faces resistance from homeowners.

The plan also calls for continued federal research and investment to ensure that sustainable aviation fuels, which are available in limited quantities and rarely used, and hydrogen cells for heavy trucks are adopted in coming decades. 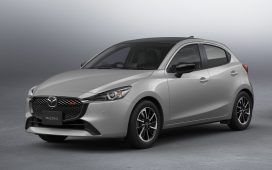 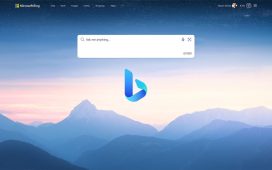