Have you been on the lookout for a way to cast or mirror your phone’s screen to a TV or another display? Worry not, because we have just the right article for you! Read on to discover some of the Best Screen Mirroring Apps for Android and iPhone that you can try out in 2020.

Firstly, let’s address what screen mirroring really is, and why someone would want to make use of it. To answer the first query, screen mirroring is exactly what it sounds like – it replicates the contents on your smartphone to another device with a screen and internet connectivity. Screen Mirroring is slightly different that Casting, and many people confuse one with the other. During Casting, only the video or media that you want streamed to another display will be visible, and all the other contents of your phone’s display don’t show up on the screen. On the contrary, Screen Mirroring simply streams whatever’s on your phone’s screen to an external display. While this makes screen mirroring a more direct process, it also requires your phone’s screen to be on the entire time whilst draining its battery.

Now that you know what screen mirroring exactly is, let’s discover the use case scenarios where you might really need this feature. If you have friends or family over, and do not have a movie ready on disc, you can easily stream a movie locally saved on your phone’s storage to your TV, which is a much bigger screen. Screen Mirroring is also used extensively to guide people online with live tutorials, and making it easy, almost like screen sharing. You can also use screen mirroring to play games on your television. While we do not recommend you play competitive titles such as PUBG Mobile or COD Mobile, causal racing games can be enjoyed far better on a bigger display, while you perform all controls on your phone using it as a wireless game controller. 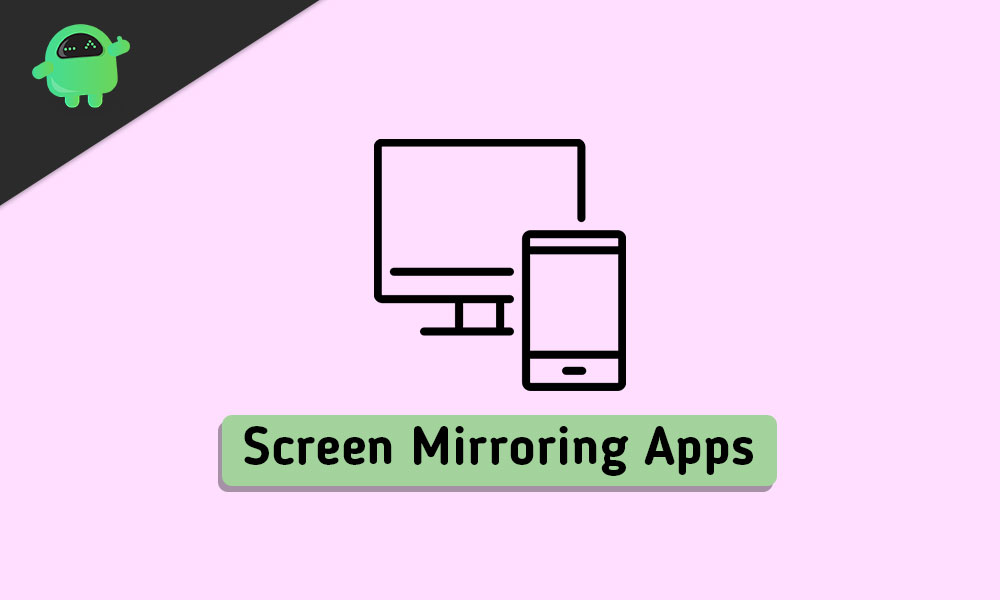 Enough talk about what screen mirroring is and why you would want to have it accessible. Let’s talk about how and where you can find good services. Screen Mirroring is most popular for when you want to stream whatever’s there on your phone’s display. So we will be primarily talking about apps which are compatible with all Android and iOS devices. You might face compatibility issues with a few of the apps, so make sure you try out the others on this list as well. With that out of the way, let’s take a look at some of the Best Screen Mirroring Apps for Windows, Android and iPhone in 2020!

All of the apps mentioned below have been tried and tested by yours truly, and I recommend only those one’s that provide a fulfilling user experience. As far as availability goes, most of the apps we’ve mentioned about below are free, to begin with, but run on a freemium basis which means users can opt into buying the premium versions which unlocks a whole lot of other cool features. Overall, if you don’t plan on spending any money for Screen Mirroring Apps, you can still enjoy most of the listings here too! With that being  said, let’s take a look on our top picks!

First app on our list is AirServer Connect, and is highly recommended for those who like a minimally designed app with an easy to understand interface. There are a lot of features which make this app desirable, and is a must have for those who want to start screen mirroring right away without any complicated steps to follow. It is available for both iOS and Android.  The only big drawback that we faced with this screen mirroring service is the fact that you cannot output audio if streaming from an Android device, due to restrictions within the operating system. Otherwise, this app is well regarded for teachers, developers or for employees to screen mirror their presentations on a larger screen quickly and easily. You can download the latest version of AirServer Connect for Android and iOS by following the links given below :

This one come straight from Google, so you know it is a hundred percent reliable and quick to use. Not only can Google Home control all of the smart appliances in your home such as your television, lights, air conditioner and so on, but with its screen mirroring functionality, you can enjoy content on larger screens as well. What we really like about Google Home is the rich material design that it sports, and the ease at which connectivity takes place. All you need is a Google Account logged into both your TV and phone, and you’re ready to roll! You can download the latest version of Google Home for Android and iOS by following the links given below :

Coming at our third pick, we have VNC Viewer which is yet another great service which allows you to screen mirror your phone’s display to your TV or another external display. However, what caught out attention with this app is the amount of priority VNC Viewer gives to security. All of your screen mirrors are end to end encrypted, meaning no one but you will have data about whatever you stream. This also makes VNC Viewer desirable for confidential meetings. Moreover, this app also adds up as wireless remote to control your Windows, Mac or Linux computers or laptops over the air. Overall, VNC Viewer is a rock solid way to screen mirror your phone’s display. You can download the latest version of VNC Viewer for Android and iOS by following the links given below :

If you wanted a more direct approach to screen mirroring your content between phones, or a phone and a laptop, then you must definitely try our LetsView. To connect between devices and start screen sharing, you need to download LetsView on both the devices, and be connected on the same Wireless network. After that, you’re ready to start screen mirroring! We found this service to be one of the best if you wanted to screen mirror on smaller devices which are connected to the display, such as your other phones, a computer or a laptop. We also really liked the interface and design with this screen mirroring app, both for Android or iOS and the Windows or Mac clients. You can download the latest version of LetsView for Android and iOS by following the links given below :

Much like the other direct screen mirroring apps on this list, AnyDesk is desirable for those who want to quickly view their phone’s content on a much larger screen. While it isn’t as polished as the others in many regards, we found it to be very reliable and quick to connect. AnyDesk is also highly compatible with a variety of operating systems, including Android, iOS, Windows, Mac and even Linux. To connect, simply download the AnyDesk app on your devices and start mirroring away! You can download the latest version of AnyDesk for Android and iOS by following the links given below :

That’s all folks! We hope you enjoyed our roundup of some of the Best Screen Mirroring Apps for Windows, Android and iPhone in 2020. Which one among the list is your favorite, and how many of these Screen Mirroring Apps have you already known or have been using? Know other good Windows, Android or iPhone Apps to screen mirror that you feel people might find interesting? Do let us know in the comments section below, we’d be delighted to hear from you guys!

Burst Mode Missing on Your iPhone SE? Here's Where to Find It in the Camera App

How to use Zoom chat and useful tips

How to record video meetings on Zoom, Google Meet, and Skype

How to Disable Reachability Gesture on iPhone