Anyone who uses a smartphone knows the importance of carrying a backup battery pack. But try searching for one on Amazon, say, and you’re likely to feel overwhelmed by the vast number of options. Besides the various charging specs, ports, and even cables you have to consider, there are a ton of competing brands. How are you supposed to know which ones actually live up to their promise?

We’ve done the legwork for you, evaluating a wide range of power banks from different manufacturers, costing different prices, and some offering unique features. Our testing is extensive, too, subjecting the packs to real-world usage (read about our testing process in detail below). Our picks below reflect a range of needs. (You might also be interested in our our roundup of USB car chargers if you spend a lot of time in transit.)

Updated 10/22/2021 to include our reviews of the Goal Zero Yeti 1000X, a pricey portable power source that earns its keep with sufficient backup power to run appliances, and expansion options that could help the 1000X power an entire house in an emergency. Scroll to the bottom of this article for links to all of our power bank reviews.

Building on the success of the Powerstation Plus XL (our previous pick for best overall power bank), Mophie’s Powerstation XXL matches its predecessor in efficiency, achieving 92.51 percent of its stated maximum current, plus it’s stylish, portable, and affordable price. It’s a no-brainer recommendation if you’re in the market for a dependable power source on-the-go.

The combination wall charger and portable power bank format makes the Powercore Fusion 5000 exceedingly convenient. The bank itself can be recharged via either method—power outlet or MicroUSB port. It’s limited to two USB-A ports for device charging, but that doesn’t dimish its great handiness-to-cost ratio.

Small enough to fit into a coat pocket or the side pocket on a backpack, the Tronsmart Presto is an obvious companion when you’re on-the-go. It’s a 10,000mAh (37Wh) pack, with two USB-A ports, one with QC3.0 for fast charging.

If you spend a lot of time on the road and value device preparedness, the Sherpa 100AC makes a trusty, if pricey, companion. Yes, at $299.95, you’re looking at a big investment. But that buys you two USB-C ports capable of fast-charging speeds, two standard USB ports, a Qi wireless charging pad, a standard U.S. 110V outlet, a full complement of cables, and a nifty status display and buttons for controlling various functions of the pack. The pack itself can be charged in just a couple hours.

Sporting the sort of sleek yet rugged exterior you’d expect from Otterbox, the Fast Charge 20,000mAh is both handsome and utilitarian. Its USB-C port with Power Delivery can be used to charge other devices or the pack itself. Both it and the USB-A port are capable of 18W output. The pack’s 92.55 percent efficiency is among the best of the USB-C battery packs we’ve tested.

There are times when a mere power bank isn’t enough—the circumstances call for a power station. Say you’re spending the weekend off the grid. Or you want to be prepared for a future emergency. The RAVPower Portable Power Station 252.7Wh Power House will get the job done. With a capacity near 252.7Wh, a nice complement of ports, a built-in flashlight, and an included carrying case, this highly portable power station makes a great travel companion for road trips.

Determining whether a power bank lives up to a company’s promise entails more than simply connecting it to a phone and charging. Testing battery packs is done over weeks, not days, and requires extra equipment in order to ensure the batteries work as expected.

2. Then to track efficiency, we use an AVHzY USB Power Meter in tandem with a DROK Micro Load Tester.

As we use the DROK load tester to drain the pack of power, we are able to test against a battery’s stated maximum current, and verify that proper shutdown mechanisms are in place should something go wrong during a charging session (such as a device drawing over the maximum amps).

By using the AVHzY USB Power Meter, we are able to monitor volts and amps, total power throughput, and total amount of time to deplete a battery from full to empty. The meter can create an Excel spreadsheet of the entire process for future reference.

3. Next, we recharged the battery, this time using the AVHzY to track it and chart the amount of time it takes to reach full charge.

The AVHzY meter solves a shortcoming we had with our previous method with the PortaPow. Previously we had to use a GoPro camera to track each battery through its charge cycle, as the PortaPow monitor would continue to collect data after the battery was fully charged (trickle charging is normal, and unfortunately interferes with our testing).

If a battery was capable of charging through USB-C, we use that instead of Micro-USB.

4. The AVHzY also has a feature built in that checks a charging port for all of its supported charging standards. We are able to run that test and get an instant readout to confirm support for QC 3.0, for example, without needing to have compatible phones or devices on hand.

Power source and cables
All of our tests were conducted using the same wall adapter and, when possible, USB-C or Micro-USB cable. This was done to eliminate any discrepancies with wall adapters and cable throughput.

What to look for in a portable power bank

Without fancy testing equipment, you never truly know if you’re getting what you paid for with a battery pack. Vendors, especially in Amazon listings, like to throw around a lot of terms and certifications.

Here are a few tips to help you make a decision:

All of our power bank reviews

Click on the links below to read the full reviews of all the products we tested for this roundup. We will continue to review and update this article as we test more battery packs.

You may also be considering simply buying Amazon’s AmazonBasic charger, as a way of saving money. In this case, be advised: Amazon has voluntarily recalled several models because of potential overheating. Amazon has received 53 reports of the affected models—B00LRK8EVO, B00LRK8HJ8, B00LRK8I7O, B00LRK8IV0, B00LRK8JDC or B00ZQ4JQAA—overheating, and in one case causing chemical burns. You can find more information at the Consumer Products Safety Commission, as well as Amazon’s own recall site.

Based in beautiful Colorado, Jason Cipriani is a freelance writer who contributes to, Greenbot, IGN, TechRadar, ZDNet and CNET. 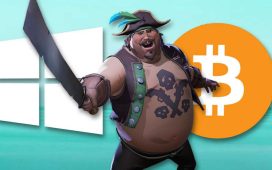 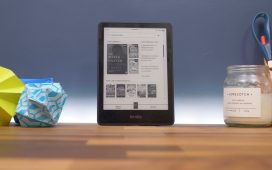 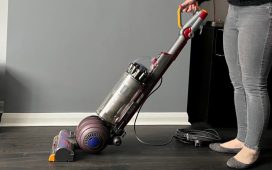 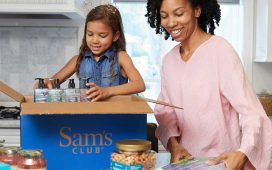 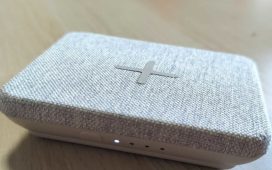 Ikea launches a portable wireless charger, but only in Germany for now 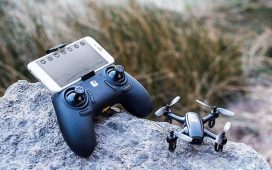 This HD camera-equipped drone is economically priced at just $60