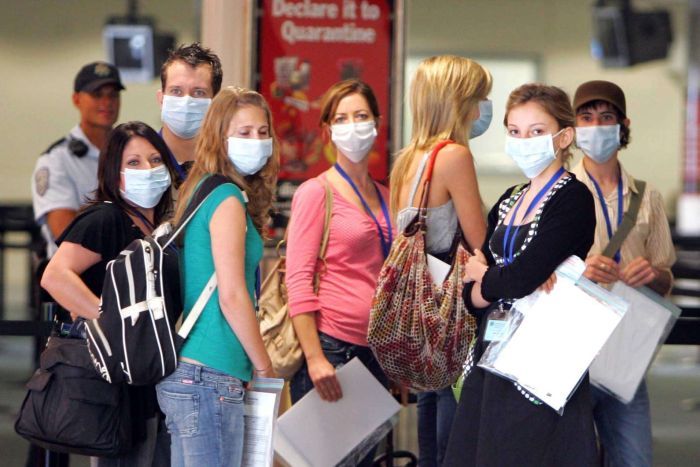 Photo:
“Passengers” wait at Brisbane International Airport in 2006, after exiting a simulated flight as part of an exercise to test Australia’s preparedness for an influenza outbreak. (AAP: Bruce Long)

Some of the early failures in Australia’s management of the novel coronavirus pandemic this year could have been avoided if all levels of Government had been trained using simulated exercises, leading health planners have told the ABC.

Australia has not run a large-scale national pandemic exercise since 2008: Kevin Rudd was serving his first year as prime minister and the first iPhone entered the market and changed the way people communicate.

The experts say failure to continue pandemic practice exercises may have contributed to confusion in the early days of Australia’s response to COVID-19, including contradictory public messaging from national and local leaders and delays in launching communication tools.

“One of the big examples, which would be at the forefront of many people’s minds, [is] the Ruby Princess,” said Sydney University health security expert Adam Kamradt-Scott, who was involved in a 2008 pandemic exercise.

“The fact that there was an element of confusion as to who may have had responsibility for making the final decision, I think sort of points to the lack of preparedness that, in the event we were having these exercises more regularly, some of these errors may not have occurred.”

The remarks by Prime Minister Scott Morrison about going to the football, and about shaking hands by Chief Medical Officer Brendan Murphy, could have also been avoided through more emergency exercising, says associate professor Kamradt-Scott.

“But what you actually also need to do is you need to practice.

“You need to run some exercises where people play themselves … including involving prime ministers, ministers, the bureaucracy, the medical officers.”

Do you know more?

No system is 100 per cent secure, but the Signal app can be used to protect your identity by using end-to-end encryption. Please read the terms and conditions of the app to work out if it is the best method of communication for you.

Pandemic planning went on the ‘backburner’ 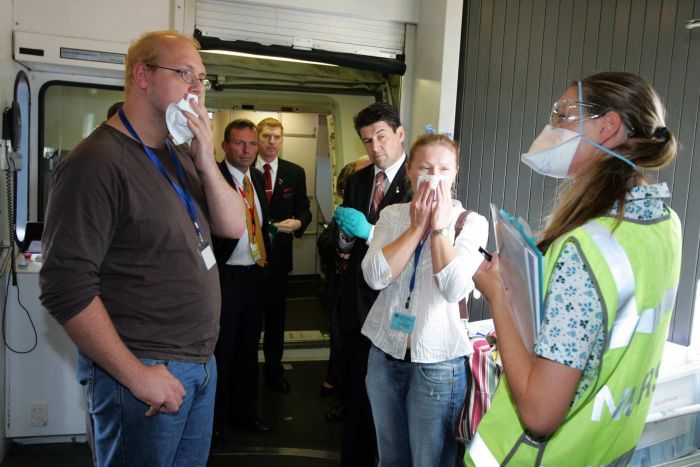 Australia was a world leader in pandemic preparation in the 2000s, and that work culminated in two huge national training programs — Exercise Cumpston in 2006 and Exercise Sustain in 2008.

The national health exercises were designed to help prepare the nation for a crippling global virus.

Exercise Cumpston simulated the arrival of an international flight carrying sick passengers from an Asian country, which led to the spread of a pandemic virus into the community.

Exercise Sustain continued the work of Cumpston and examined whole of government efforts to mitigate the explosion of global pandemic into the Australia community.

Despite universal recommendations that similar exercises be held every few years, to date, another has not been held.

The Federal Government has run smaller workshops and federal-only exercises, but nothing on the level of Cumpston and Sustain.

“Unfortunately, what we’ve seen happen since 2008 has been a series of events which have contributed to those pandemic plans going on the backburner,” said associate professor Adam Kamradt-Scott, who helped run Sustain while a public servant.

That failure was largely a result of governments around the world being distracted by the global financial crisis, as well as a growing view among the bureaucracy that pandemics were not as dangerous as the experts claimed.

That view was particularly strong after what was perceived to be the relative minor impacts of 2009’s swine flu, also known as H1N1.

“I think one of the dynamics which arose at the end of the 2009 H1N1 influenza pandemic was a phenomenon that we saw across the international community and it’s been described as pandemic fatigue, which is shorthand for saying that whenever you mentioned the word pandemic, people’s eyes started to glaze over,” associate professor Kamradt-Scott said.

“They would start shuffling papers [and say], ‘We’ve dealt with that, haven’t we?’

“So, it was very difficult, even internationally, to get people to pay attention to the need to focus on pandemic preparedness in the wake of a pandemic — it’s a great irony really.” 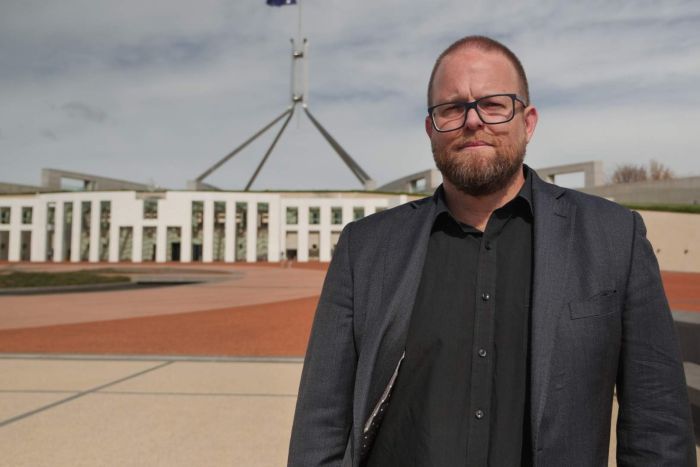 He also noted recent exercises could have meant new technologies could have been incorporated into the COVID-19 response much earlier.

“A good example of that is the WhatsApp messaging that the government has initiated. Singapore … launched their WhatsApp tool to communicate directly with the public at the end of January, whereas Australia only introduced it at the end of March,” he said.

“I think the technology and the changes in Australian society — if we were exercising more regularly, we would have seen perhaps a much better, more efficient response.”

He also said public discussion about the privacy implications of tracking apps should have occurred as a result of exercising, not during the middle of a crisis.

Deputy Chief Medical Officer Paul Kelly told the ABC that Australia is in a good position compared to other nations.

He pointed to Australia’s low rates of infection and death — about 6,600 infections and 71 deaths as of late Sunday.

By comparison, Sweden — a nation with a population less than half of Australia’s — has seen almost 13,000 infections and more than 1,500 deaths.

“I think where we are — and I’m sure most people would agree — is in a much better position than we thought we would be at this point,” he said. 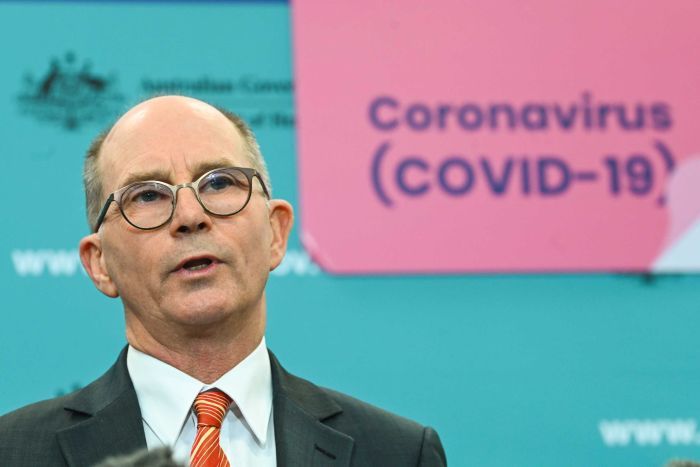 Professor Kelly said the work done in the 2000s left Australia in a position where it did not require more national exercises of the level of Cumpston and Sustain.

“Could we have done more exercising? Could that have been at a higher level of preparedness? Possibly. But … let’s look at what happened over the last few weeks,” he said.

The pandemic planners and former senior officials the ABC spoke to acknowledged that the Australian Government has performed well during the COVID-19 epidemic.

“At the end of the day, we’ve done well and the preparation we put in place [in the 2000s] is so important,” Ms Halton told the ABC.

“We have a fraction of the cases and the deaths, even if you take it on a per population basis, of the United States, of Britain, of Italy, of France.” 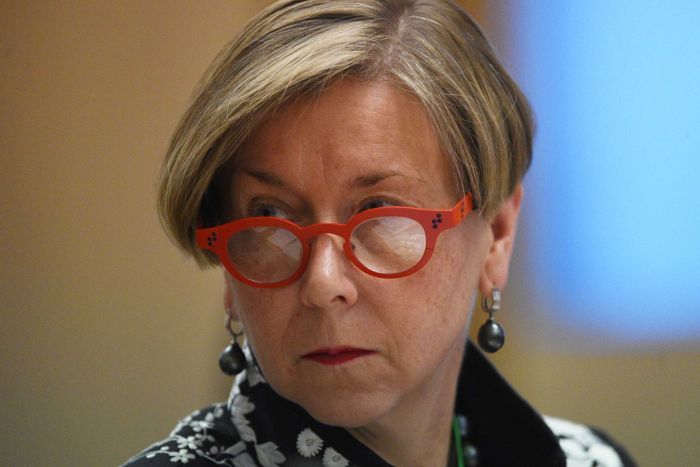 Photo:
Jane Halton ran the Department of Health for more than a decade. (AAP: Mick Tsikas)

She considers exercises Cumpston and Sustain to be the culmination of all of that work: “What you do on a day-by-day basis is, you actually make sure that you are doing as you would do in the real world, the actions that are necessary to deal with the situation.”

Associate professor Kamradt-Scott said while he agreed Australia had thus far done well in dealing with the COVID-19 pandemic, national exercises should have continued.

“One of the … strong recommendations of the World Health Organisation was that countries not only develop pandemic plans, but also exercise those plans to try and identify gaps and weaknesses in the event of an actual crisis,” he said.

He recommended that similar national exercises should be conducted every two years.

“If they’d actually had a couple of national exercises recently [they] would have been less, shall we say, hesitant,” said Mr Behm, who now runs the international and security affairs program at the Australia Institute.

“That’s really what the exercises are for.”

When the ABC contacted Mr Behm this month, he was surprised to discover that the Government had not held a similar national exercise.

“I am surprised because these exercises are less a test of professional competence, they’re much more of a rolling of the lolly around the mouth, so that the major national decisionmakers are prepared for the complexity of the problems they have to deal with.”

What the experts are saying about coronavirus:

Ask us your coronavirus questions

Inside Kissinger’s secret trip to China – podcasts of the week

The touch of a button that broke the internet | Brief letters