Despite 60FPS being the standard output on Xbox Series X, it looks like one major upcoming title may not hit that benchmark. According to a Ubisoft spokesperson speaking with Eurogamer’s Portugal branch, Assassin’s Creed Valhalla will run “at least 30FPS” on Xbox Series X.

Ubisoft has always been committed to exploring new technologies, taking advantage of the capabilities of new consoles to deliver the most immersive experience possible, which is why we are excited to be collaborating with Microsoft to bring Assassin’s Creed Valhalla to the Xbox Series X.

Bear in mind that this is a translation of the quote, but 30FPS seems pretty clear. Still, the door wasn’t shut on the possibility of 60FPS. Assassin’s Creed Valhalla is still several months from release, and Ubisoft could optimize it by that time to at least offer the option of favoring resolution or frame rate like some current-gen games do right now. It is also set to support 4K resolution and take advantage of the Xbox Series X’s SSD for faster loading times.

Everything we know about Assassin’s Creed Valhalla 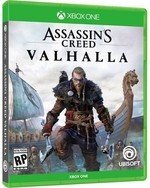 After endless wars ravage Norway and resources are scarce, you’ll lead your clan to the shores of England in the hopes of finding a new home. But not everyone is keen on having Vikings around, and King Alfred of Wessex will do all he can to keep you from settling.

Get lifetime privacy protection with BulletVPN today for less than $40

What exactly is the Sea of Thieves Plunder Pass?

When will Minecraft with ray tracing come to Xbox Series X|S?

Cyberpunk 2077 update 1.1 has arrived for all platforms