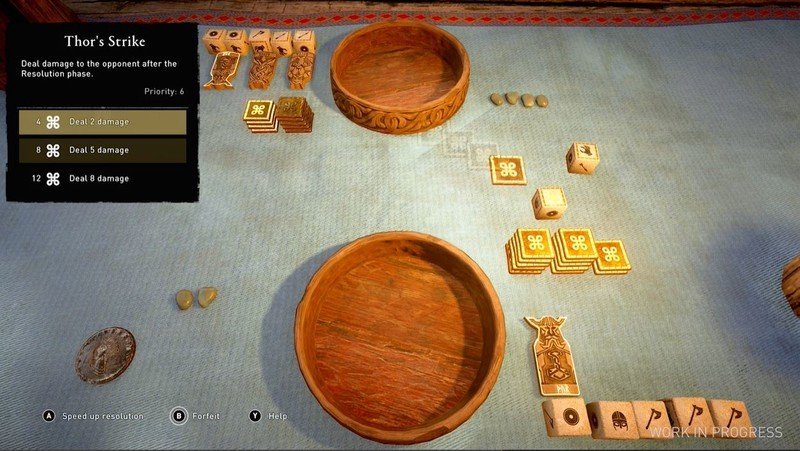 Spend too much time in Assassin’s Creed Valhalla and you may get tired of bludgeoning your enemies to death. No? Well bear with me. Should you do ever tire of this, Valhalla has several mini-games to partake in, one of which has captured a lot more attention than others: Orlog. The dice game has become so popular that a physical version is coming in 2021 (via Eurogamer).

Not many details are known at this point, but it appears that Ubisoft has partnered with PureArts to publish the physical version sometime next year. PureArts is known for making pop culture and gaming collectibles, so this is right up the company’s alley.

Orlog pits two players against one another, each with six dice. The faces on each denote attack, defense, blocking, and “stealing,” allowing you to swipe some of your opponents tokens to use a god favor and deplete their health further. It’s a lot simpler than it sounds in practice, and it’s actually really fun and addicting.

If you already have Valhalla and are looking to play some Orlog yourself, you can find opponents in most major cities along with your settlement. Don’t bet too much money going into it if you’re unfamiliar with the rules and such. Though Ubisoft does a great job at explaining the rules (which are mostly made up and not based on any historical text), it may take a few rounds of getting used to the game before you’re comfortable with it. 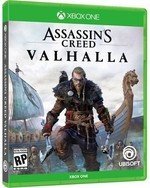 Yeah, it’s an Assassin’s Creed game about Vikings. It also has some great mini-games in it too. You could spend hours alone in Orlog, and soon you won’t even need the game to do so.

Review: Medal of Honor's VR debut is more like a rusted, forgotten medal

Apple AirPods Pro earbuds are on sale for less than $200...