The subjective, socially-constructed nature of definitions often leaves room for questions, and that’s no exception in the world of art. From traditional forms like sculptures and paintings, to more contemporary styles such as anime and video games, the debate of what constitutes an art form has been a long-standing and familiar one. Singapore’s ArtScience Museum is looking to explore it further with the Virtual Realms: Videogames Transformed exhibition, which will run from 12 June 2021 to 9 January 2022.

The list of names includes Kojima Productions (makers of Death Stranding), Enhance (Mizuguchi and team behind Rez Infinite and Tetris Effect), thatgamecompany (authors of Sky: Children of the Light and Journey), Tequila Works (developers of Deadlight and RiME), Media Molecule (creators of LittleBigPlanet and Dreams), and David OReilly (artist and creator of Everything and Mountain), alongside media artists and design studios Rhizomatiks, FIELD.IO, The Mill, Marshmallow Laser Feast, onedotzero, and The Workers.

“By creating these exciting new collaborations, Virtual Realms offers game developers a unique opportunity to break free from the constraints of consoles and formal game playing and really push the boundaries of how video games can be experienced together. This exhibition paves the way for a future where the world of games spills out beyond the screen,” said Mizuguchi in an official statement.

Each artwork in the exhibition is driven by a unique theme that focuses on a different part of the sensory experience. A total of six realms will be available for viewing: SYNESTHESIA, UNITY, CONNECTION, PLAY, NARRATIVE, and EVERYTHING.

The first installation, titled “Rezonance”, is a collaborative result between Enhance and Rhizomatiks that explores the potential of synesthesia – a neurological phenomenon in which the boundaries between the senses are blurred and where sounds can be ‘seen’ and visuals can be ‘heard’ or ‘felt’ – through light, sound, and technology.

“Together, the distance between (us)” in the second realm, meanwhile, sees thatgamecompany and FIELD.IO joining forces to investigate the relationship between the composition of the space, and movement, light and, sound.

Reimagining the key theme of connection in Death Stranding, “Wall” by Kojima Productions and The Mill will transport visitors into an unfamiliar environment where a wall serves as the only channel of connection. When approached, its cells and cosmic particles will respond by dividing and clustering in accordance to one’s movements.

The fourth, “Dream Shaping”, is the brainchild of Media Molecule and Marshmallow Laser Feast. It invites visitors to work together to create and manipulate their custom experience a la Media Molecule’s game creation video game system Dreams.

Where “Book of Sand” by Tequila Works and The Workers explores the notion of an infinite story through a choice-based narrative, David OReilly’s and onedotzero’s “Eye” looks to round off the exhibition with a meditative and reflective experience that conveys the Buddhist concept of inter-connctedness.

Tickets for Virtual Realms: Videogames Transformed will be available for purchase at all Marina Bay Sands Box Offices and the official website from 31 May 2021. Pricing details are as follows: 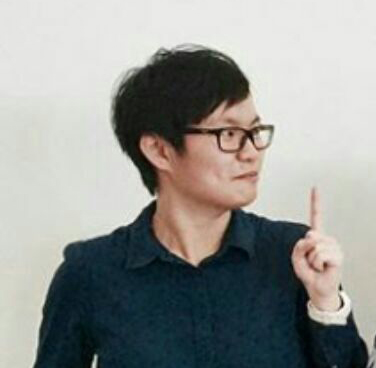 Si Jia is a casual geek at heart – or as casual as someone with Sephiroth’s theme on her Spotify playlist can get. A fan of movies, games, and Japanese culture, Si Jia’s greatest weakness is the Steam Summer Sale. Or any Steam sale, really.

Unplugged lets you play air guitar in VR this fall

E3 2021 day one recap: Ubisoft sets the stage for a sci-fi-heavy show

Tribes of Midgard is more than ‘Valheim: The isometric action-RPG’

Wizard with a Gun pulls on my smokepower sorcery-lovin’ heart