Home Transportation Argo closes $2.6 billion round from VW at a $7.25 billion valuation


Argo AI, the self-driving startup with close ties to automaker Ford, today announced the close of a $2.6 billion investment from Volkswagen (VW) first revealed in summer 2019. It values the company at $7.25 billion, up slightly from the roughly $7 billion at which Argo was valued last July, and it expands its staff to over 1,000 employees (up from 700 as of July 2019).

Argo’s multibillion-dollar round of fundraising, which follows a $500 million round in Didi Chuxing’s self-driving unit and a $750 million extension of Waymo’s first external round to $3 billion, supports the notion that autonomous vehicle development remains expensive. Waymo, for instance, reportedly yielded just hundreds of thousand dollars a year in revenue prior to a pandemic-motivated pause in operations, and its annual cost is estimated at around $1 billion. The race for runway has taken on greater urgency as the pandemic roils the economy; well-financed ventures like Cruise, Kodiak Robotics, and Ike have shed hundreds of employees collectively while others, like Zoox, are in talks about potential buyouts.

Argo claims regulatory approval of the VW deal makes it the only self-driving platform company with partnerships and commercial agreements for deployments across the U.S. and Europe. “Our self-driving system has the potential to be integrated into many vehicle types across multiple brands,” said Argo Ceo Bryan Salesky in a statement. “With Volkswagen and Ford integrating [Argo’s] self-driving system into their vehicles to support distinct initiatives for moving people and goods, we have a clear pathway to making a positive impact on the world.” 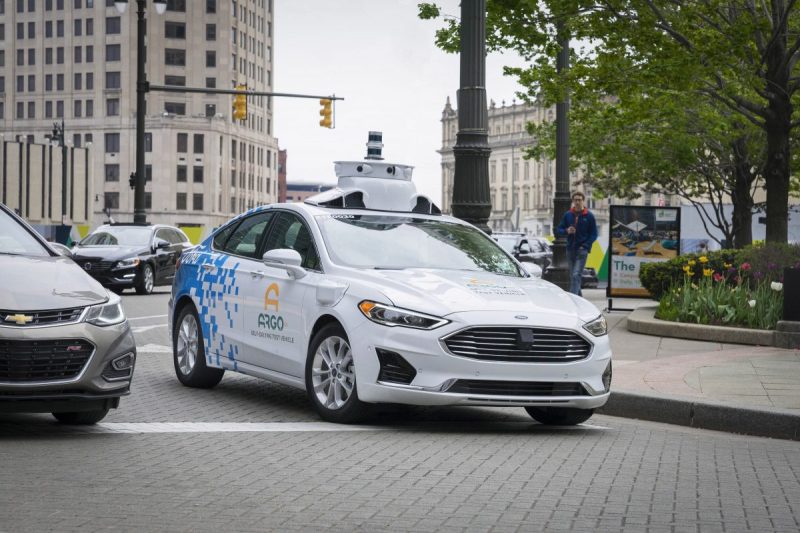 Analysts predict the pandemic and its effects, like testing delays, will result in consolidation, tabled or canceled launches, and shakeups across the autonomous transportation industry. Indeed, Ford itself pushed the unveiling of its driverless service from 2021 to 2022, and Waymo CEO John Krafcik told the New York Times the pandemic delayed work by at least two months.

But Argo bucked the trend by continuing to hire in the months leading up to the pandemic and committing to hiring in the foreseeable future. Elsewhere, after pausing testing in Miami, Washington, D.C., Austin, and the three other cities where it operates, the company’s driverless Ford Fusion Hybrids returned to the road in Pittsburgh.

Argo says it’s working with city and state officials and plans to mandate social distancing and limit interactions between employees, institute cleaning procedures in alignment with Centers for Disease Control and Prevention (CDC) guidelines, supply personal protective equipment, install physical barriers to separate the left and right seats in its test vehicles, and enhance vehicles’ in-air filtration with a HEPA-certified cabin filter plus two five-stage recirculation devices. It also says that many of its employees continue to work from home and that simulated cars within its virtual platform are driving more than a million autonomous miles every day, efforts that have accelerated the creation of the HD maps its cars use to help navigate public roadways, according to a spokesperson.

The $2.6 billion investment from VW is atop an earlier one from Ford, which in April 2017 pledged to invest $1 billion in Argo. (Last year, Ford said it would sell $500 million in Argo shares to VW over three years as it invests the remaining $600 million.) To date, Argo has raised $3.6 billion. That puts it ahead of rivals like Pony.ai, which recently raised $462 million, but behind Cruise, which has attracted $7 billion from investors including Honda and GM.

READ  The Navy Deploys 2 Hospital Ships as the Coronavirus Spreads

Byton suspending operations for six months due to financial trouble

Waymo to expand autonomous truck testing in the American Southwest