It was a bitter cold night in New England, which came as an unwelcome shock having flown in from warm and wonderful Mexico City. Still, I felt gratitude as the Uber rocked up to the baggage-claim area of the airport to get me home. The surprise was that he was driving an all-electric car, the first time I’ve seen an Uber driver with one.

On the plane however, I had read a surprising article by the ever insightful Allysia Finley of the Wall Street Journal. More on that in a bit but first the big takeaway: electric cars lose half their functionality in the cold weather. Knowing this now, I decided to make an inquiry.

I asked if the cold weather affects the car and hence his job. Whew, wow, did I touch a nerve. He exploded in rage against the machine. He had saved up a lot of money to get this car but he did so to save money on gas. It hasn’t happened because New England is very cold for some four months out of the year, during which time everything changes.

He says that on a day like today, his car has half the power as usual. It’s already a pain in the neck to stop driving to recharge in warm weather. But in cold weather, it becomes almost impossible. After a few hours of driving here and there, he has to stop accepting rides and find a recharging station.

The idea is that this would give you 30 or so minutes to stretch your legs but no one wants to do that in this cold. So you have to sit in the car, or find a convenience store that will let you hang out, or go to a restaurant and spend money on food. But of course you cannot drink because you are driving.

In the end, the real cost of this delay for this driver is that during this time, we might have two or three times in the course of a day that he is not earning money by doing his job. It is far worse in the winter months during which time he barely starts making money when he has to stop again and wait.

In short, he is furious that he owns this car. It is costing him thousands in earnings a month. and he would very happily give it up for a gas-powered car, even one that is not fancy. He would take a 20-year old Honda rather than this brand-new EV. In short, he is furious and looking for anyone who will take this glorified iPhone with wheels off his hands.

It’s one thing to grow anxious when your smartphone is almost out of power. It’s another thing when it is your car and you depend on it for making money.

All of this confirms my long-held intuition about EVs. They are wonderful as second cars for well-to-do urbanites who just need to go from here to there in a predictable way and no further. Not even New Yorkers can take them on long drives, and that durability falls to half in the cold weather. So if you own one, fine, but you need a gas car on hand just in case.

Here is what Allysia Finley wrote:

“Imagine if the 100 million Americans who took to the road over the holidays were driving electric cars. How many would have been stranded as temperatures plunged? There wouldn’t be enough tow trucks—or emergency medics—for people freezing in their cars.”

Yikes, what a vision! Maybe more charging stations is the answer?

“The Transportation Department is requiring states to build charging stations every 50 miles along interstate highways and within a mile of off-ramps to reduce the likelihood of these scenarios. But most state electrical grids aren’t built to handle this many charging stations and will thus require expensive upgrades. Illinois, for one, warns of ‘challenges related to sufficient electric grid capacity, particularly in rural areas of the state.’”

Then you have the problem of actually maintaining the charging stations. Apparently, drivers cannot be sure that the station actually works when they pull up.

“A study this spring led by University of California researchers found that more than a quarter of public direct-current fast-charging stations in the San Francisco Bay Area were unusable. Drivers will be playing roulette every time they head to a station. If all this weren’t disconcerting enough, Arizona warns cyber vulnerabilities could compromise customer financial transactions, charging infrastructure, electric vehicles and the grid.”

All of which makes one wonder. I really do wish Elon all the success in the world with Tesla and it is a fabulous car for specific purposes. So too golf carts are a great way to travel around country clubs. The question is whether and to what extent EVs in general are capable of becoming the norm. The answer seems to be: not without major changes in the technology and our lifestyles too.

In most places in this country, not just cold New England, using one for all driving is not really a viable option. Once you are outside the city with short commutes, they become unusable.

And part of me wonders whether and to what extent this is the whole point: to forcibly reduce our mobility. We know for certain that there are malevolent actors out there who despise our ability to hop in the car and drive coast-to-coast as if we are free actors with choice. They would rather contain us in small areas so that we can be better monitored and surveilled.

The other issue concerns the environmental impact. We are forever being told that we must give up the gas so as to contribute to the goal of zero carbon and hence achieve something or other with the climate.

It used to be that we were supposedly stopping the warming of the planet but ever since “global warming” mutated into “climate change,” I’m no longer able to keep up with the end goal. And, by the way, I don’t know anyone in the Northeast who would not welcome a warmer climate.

The trouble with EVs, however, is that it is not really clear whether and to what extent they really do contribute to reducing the carbon footprint. Electricity, after all, is still mostly a production of fossil fuels. Again, temperature matters: coal burns when the wind turbines freeze. And manufacturing and disposal too require vast energy use, which some calculations suggest exceed that of gasoline-powered cars.

One might hope that after our disastrous experience with controlling a virus, all of us would be more skeptical of government experts wielding models, credentials, and big plans for our lives with elusive goals that do not plausibly connect intentions with results. There is a strange parallel, you have surely noticed, between the virus lockdowns and the central plan to get rid of fossil fuels.

We have also surely learned that there are some very bad actors out there who like playing games with our lives. Among them there are people who will not be happy until the only cars we drive look like those in “The Flintstones” and, otherwise, we will have to pedal everywhere we go. Forget going back to horses and buggies because these same people hate horses too! They are true primitivists who will not be satisfied until we are living pre-modern lives: nasty, brutish, and short.

Views expressed in this article are the opinions of the author and do not necessarily reflect the views of The Epoch Times. 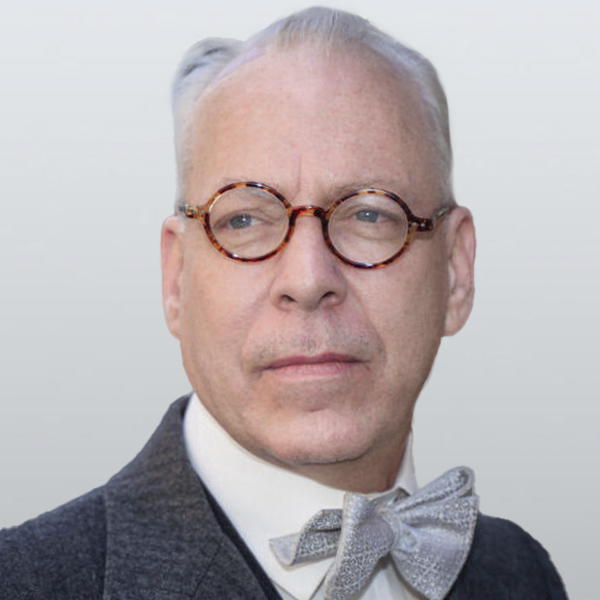 Jeffrey A. Tucker is the founder and president of the Brownstone Institute, and the author of many thousands of articles in the scholarly and popular press, as well as 10 books in five languages, most recently “Liberty or Lockdown.” He is also the editor of The Best of Mises. He writes a daily column on economics for The Epoch Times and speaks widely on the topics of economics, technology, social philosophy, and culture.