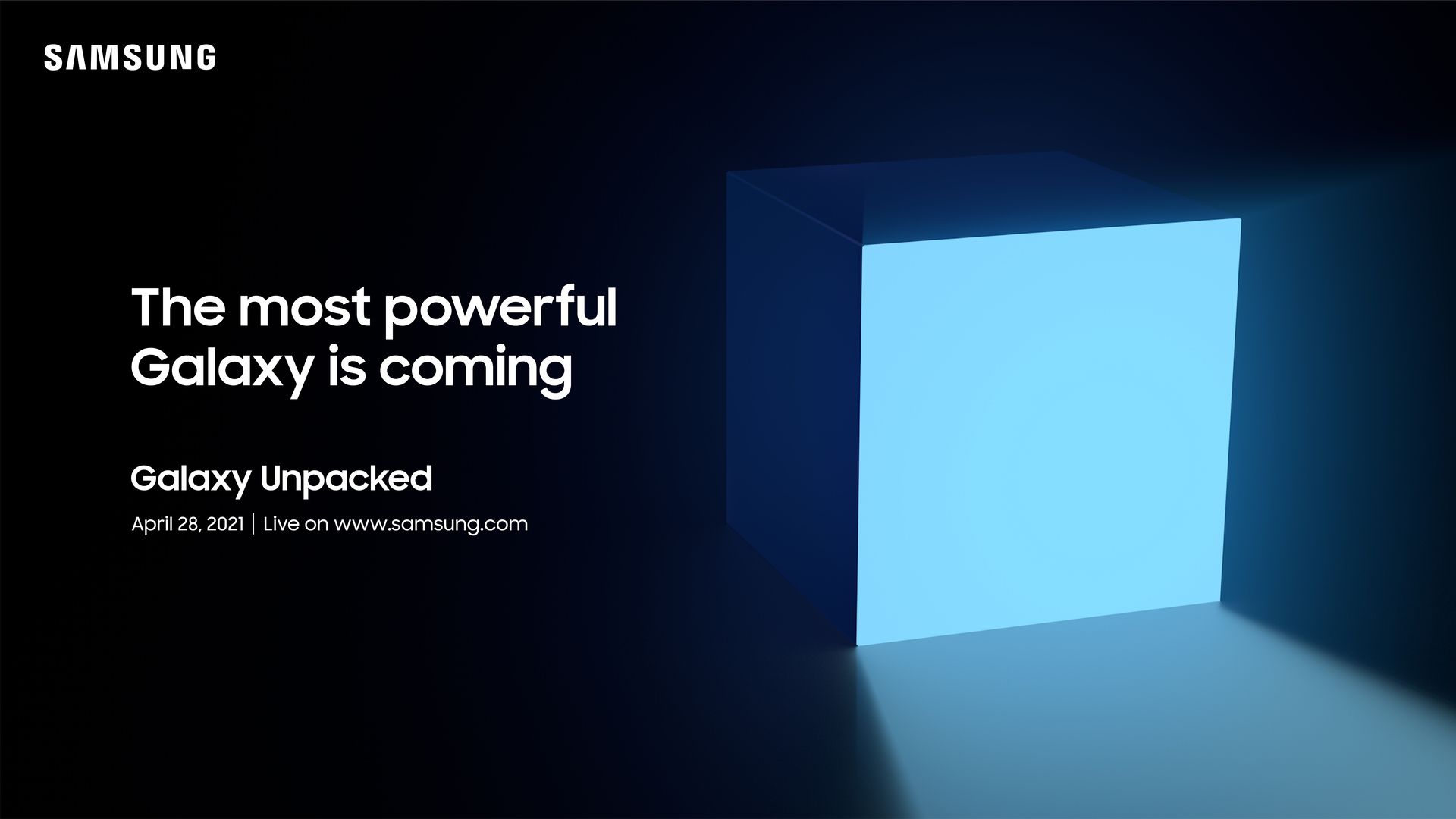 It’s been a while since we last had an Unpacked event from Samsung. Today, Sammy revealed that we’ll have a new Samsung Galaxy Unpacked hardware launch later this month.

The event is scheduled for April 28, 2021, at 10:00 AM ET. The event will once again be an all-virtual affair live-streamed on the internet for free.

Related: Samsung phones buyer’s guide: Everything you need to know

In the official invitation you see above, Samsung touts that it will bring “the most powerful Galaxy” to this launch. Although we can’t say for certain what that means, the invite’s design strongly alludes to clamshell laptops. According to reliable leaker Evan Blass, Samsung could launch 11th-gen Intel laptops under the Galaxy Book Pro line.

Unfortunately, we do not expect Samsung to launch any phones at this event.

The Samsung Galaxy Unpacked for April 2021 will have a YouTube live stream. We’ll have all the details of how you can tune in to watch for yourself when we get closer to that date. In the meantime, check out our roundup of the best laptops available right now.

READ  Google Play Music is finally shutting down for some users

Mobvoi's New Smartwatch Has Some Cool Tricks For Under $100

Improvements to Chromebook Media Controls Will Be Ubiquitous

Spring Savings: Save big on gadgets, gear, and more