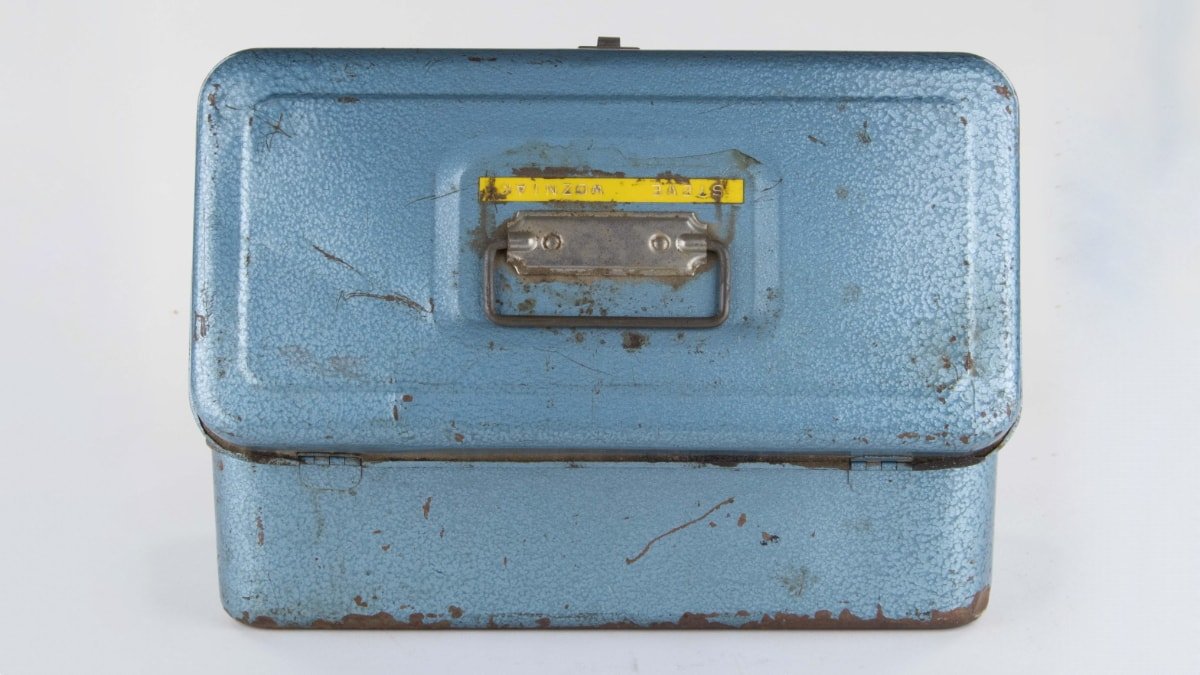 An auction site in Maryland has Apple’s first trade sign and a toolbox from Steve Wozniak up for auction — and for a hefty price, you can own them both.

Apple displayed it at the first trade shows it attended in 1976 and has used it for years outside its headquarters in California. It features the company’s iconic rainbow logo and has the original, weathered wood frame.

The second item for auction is Wozniak’s earliest Apple Computer toolbox, with a starting bid of $10,000. It bears his name on the top and was used during Apple’s formative years around the time of the Apple I computer.

Both items were previously in possession of M. Thomas Liggett, Jr. who was hired by Apple as a Facilities Engineer ‘B’ in 1978, Apple Computer employee #114. Regarding the toolbox, he said that before he was hired, all engineers were given a toolbox with their name on the lid.

He noticed Wozniak’s toolbox lying around for some time and took it after permission from the Apple cofounder.

For the sign, Liggett he discovered a “fluorescent lightbox” in the building and learned it was from the first industry trade show that Jobs and Wozniak attended. Liggett says he was told to throw it away but asked and received permission to take it home.

AppleInsider will be covering the 2023 Consumer Electronics Show in person on January 2 through January 8 where we’re expecting Wi-Fi 6e devices, HomeKit, Apple accessories, 8K monitors and more. Keep up with our coverage by downloading the AppleInsider app, and follow us on YouTube, Twitter @appleinsider and Facebook for live, late-breaking coverage. You can also check out our official Instagram account for exclusive photos throughout the event.