Apple has notified its Apple Authorized Service Providers of an issue in iOS 13 and iPadOS 13’s Personal Hotspot, one that may cause some users to bring their iPhones and iPads in for repair due to connection failures. 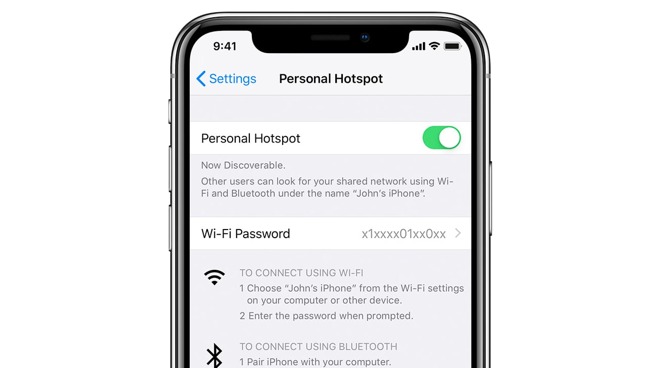 The Personal Hotspot feature allows users to enable tethering on their iPhone so that their other network-connected devices can access the internet. In an internal note to members of its Apple Authorized Service Providers network, Apple has admitted to the possibility that some customers may be having more problems than others over the feature.

The note tells its partners that some iPhones and iPads running iOS 13 or iPadOS 13 may have issues with the feature, reports MacRumors. The problems include an inability to connect to an enabled Personal Hotspot, repeated disconnection from a hotspot, and experiencing slow connections, among other problems.

Apple recommends the service providers to turn Personal Hotspot off then back on for the customer. Customers also need to keep updating their devices’ operating systems over time, with Apple also confirming it is not a hardware problem.

While the assurance it is not related to hardware indicates it is related to software, it is unclear if a fix to the issue is on the way. Though iOS 13.4 may be a suitable venue for a bug fix to be included, there is no indication to whether it has been included as part of the recent GM release.

Watch a US Navy battleship take down a drone with a...