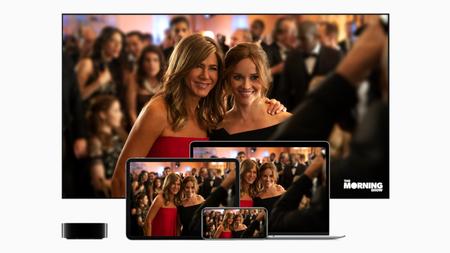 Yesterday we reported the news that Apple TV+ had won its first Daytime Emmy Awards, for Ghostwriter and Peanuts in Space: Secrets of Apollo 10.

This was good news for a service apparently struggling to increase subscriber numbers, but the company will probably be more pleased by today’s news: TV+ has received 18 nominations for the more prestigious Primetime Emmy Awards, which will be awarded on 20 September.

The documentary The Beastie Boys Story, meanwhile, gets five nominations, while the acclaimed miniseries Defending Jacob gets two. Finally, The Elephant Queen, Central Park and Home have each received a single nomination.

These are nominations rather than wins, of course, and there remains plenty of competition for the gongs. To put Apple’s achievement in perspective, Netflix has received a phenomenal 160 nominations – it has as many for Ozark (18) as Apple TV+ has in total. HBO is a little behind Netflix with 107 nominations, but its lavish series Watchmen beats Ozark with 26, Deadline reports.

READ  How Far Have Apple's Earnings Estimates Fallen During the Coronavirus? - Yahoo Finance

How to clean a microwave

The best Google Nest Speaker 2020: Which Google Home Should You Buy?

Apple target price gets a boost at Jefferies – MarketWatch

How to watch EastEnders abroad

Now’s the best time to buy an Apple Watch Series 5...