Werner Herzog’s newest documentary, “Fireball,” is set to premiere on Apple TV+ after Apple acquired the rights to the film, Apple announced today. 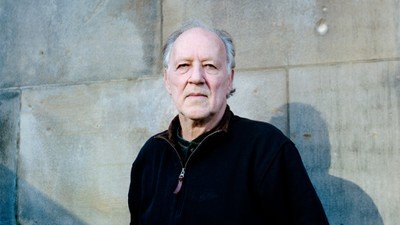 “Fireball” explores the cultural and physical influence that meteors, comets, and deep impacts have had on Earth in regard to mythology, religion, and human imagination.

Following their Academy Award-nominated work on “Encounters at the End of the World” and Emmy-nominated “Into the Inferno,” Herzog and Oppenheimer’s new film “Fireball” takes viewers on an extraordinary journey to discover how shooting stars, meteorites and deep impacts have focused the human imagination on other realms and worlds, and on our past and our future.

The documentary is the third collaboration between Herzog and director and geoscientist Clive Oppenheimer, who have previously teamed up for “Encounters at the End of the World” in Antarctica and “Into the Inferno” exploring active volcanoes.

While the documentary will see a premiere on ‌Apple TV‌+, no specific date has been set. Apple has also picked up other documentaries that include “The Elephant Queen,” “Boys State,” and “Beastie Boys Story.”

How to force clear RAM on your iPhone/iPad – MobiGyaan

Why Apple’s Rumored Mini iPhone Could Be a Masterstroke – Nasdaq