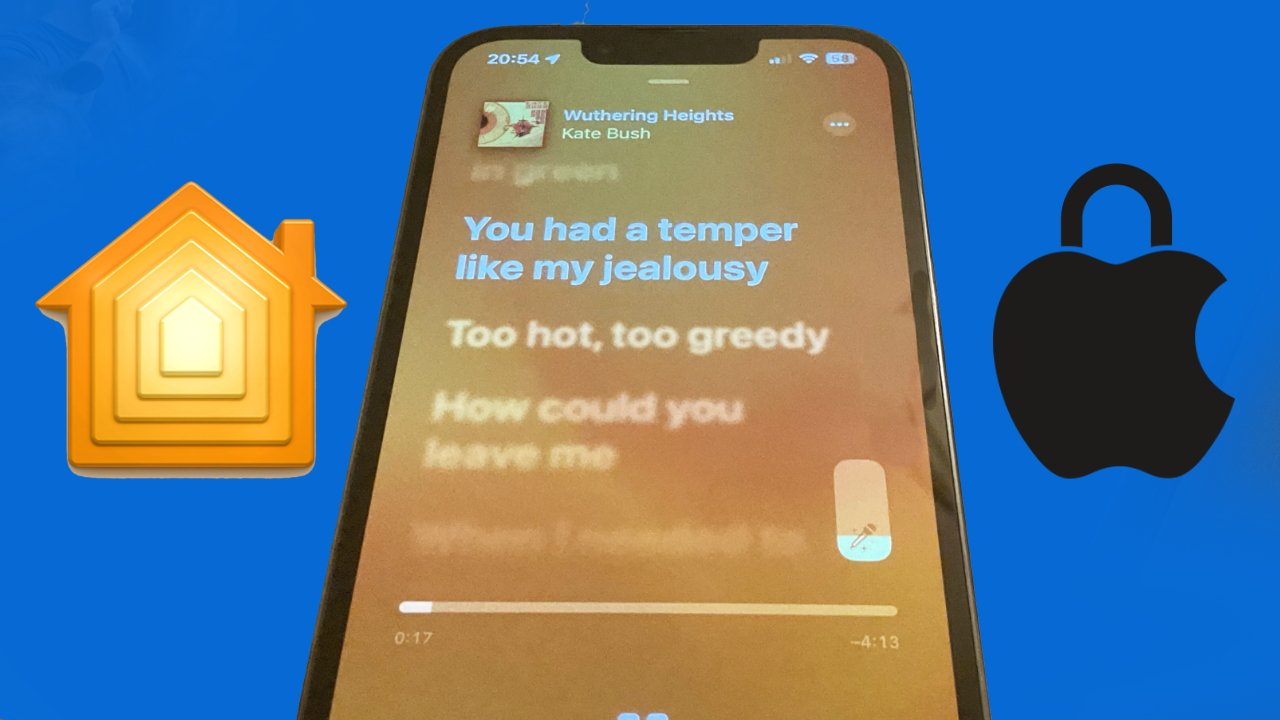 By its own self-imposed two-year schedule, Apple should have launched an Apple Silicon version of the Mac Pro by June 2022. If you wanted to be generous, you could get away with saying 2022 is the second year, so slipping it out by December is okay.

Only, Apple did not slip out the New Mac Pro by the end of December, and it doesn’t look like it’s going to come out soon. Nor did Apple deliver on its express commitment to releasing a classical version of Apple Music.

Yet despite these two big misses, Apple’s December 2022 did see a slew of releases and improvements. And Apple Music Sing, too.

Definitely released to appease all of those karaoke-loving classical music fans, Apple brought out the ability for Apple Music subscribers to irritate everyone in a five-block radius by replacing artists’ singing voices with their own.

And incidentally, no. You can’t remove the artist’s voice and, by just not making a sound yourself, get an instrumental track to use for your ringtone.

But Apple did take dozens of clips from forthcoming Apple TV+ shows and cut them together into the kind of sizzle reel video that regular TV networks show advertisers. Apple is a TV network now, there’s no ignoring it.

On the smaller scale of Apple releases this month, there was the addition of a chime to Find My on the Mac. From the latest macOS release, you can get Find My to make your AirTags play a sound.

No one has any clue why it wasn’t always able to do this.

Whereas quite a lot of people have very good clues about why the release of Matter, well, matters. Previously, Homekit was its own little island, while Alexa and Google were more successful but equally problematic.

Now read on. With the release of Matter and all smart home firms you’ve ever heard of agreeing to support it, everything is going to work better. And there will ultimately be an end to this business of having to double-check that a device works with HomeKit or not.

So we’ll have to wait a while until the transition to Matter makes HomeKit better, and as it happens, we’ll also have to wait until well into 2023 to see the benefit of something else huge.

Apple’s Advanced Data Protection increases what data of ours gets stored in an encrypted form. It’s one of Apple’s several new security enhancements that will be rolling out in the next months.

Not everyone is happy with Apple security

A consequence of the way that the new security encryption works is that Apple has formally abandoned its previously controversial plan to scan users’ images for CSAM. Child Sexual Abuse Material is already scanned for by other firms, but Apple got into hot water for proposing it — and now also for abandoning it.

They’re also curious, though. It’s easy to see why the new security enhancements make the CSAM scanning at least difficult, but it’s much harder to see why Apple didn’t know its own security update was coming.

Another month, another union problem

It’s true that Apple ended the year having about as much of a problem with its retail staff as it has throughout 2022. Workers in Australia went on strike for Christmas Eve, for instance.

Retail staff aren’t the only ones unhappy with Apple, though. There’s also the peculiar case of former Apple engineer Paris Campbell alleging that she has been wrongfully terminated.

Campbell posted a video on TikTok to help people learn about activation lock on iPhones, and how scammers try to get you to remove it. She later said that Apple had subsequently ordered her to remove the video and threatened disciplinary action “up to and including termination.”

It’s complicated. But at least Campbell definitely has the right to talk about it, because Apple commissioned a study that said it is very good at not stifling employee speech.

It would say that, though.

More unexpectedly, news continued to leak out about conditions at Foxconn’s (alleged) hellhole of a manufacturing facility in Zhengzhou. Reportedly, sick workers are being forced to continue working on the iPhone production line.

If the staff or union issues show absolutely zero sign of ever being sorted out, at least December showed us that Apple can make a deal. Specifically, Apple and Ericcson can make one, and it only took months of international lawsuits and counterlawsuits.

What happened is that Apple licensed some patents from Ericsson for a specific number of years, and then the licence ran out. Rather than just extending it, both sides armed their lawyers with every defence you can think of that proved other party was wrong about everything.

Then after a while, they settled everything and now Apple has a new licence.