Home Apple Apple might have one final hardware surprise in store for 2020 –...


Apple just wrapped up one of its biggest hardware release seasons in years, hosting three virtual events over the last three months to unveil new Apple Watch, iPhone, iPad, and Mac models. The slogan of Apple’s most recent event — “One more thing” — seemed to suggest that Apple had made all of the announcements it was going to make in 2020, but an internal memo obtained by MacRumors this week might hint at one last thing coming this month.

According to MacRumors, Apple recently sent a memo to service providers to let them know that AppleCare changes were being planned for Tuesday, December 8th at around 5:30 a.m. PT. The memo told the technicians to prepare for “new product SKUs, new/updated product descriptions, and new/updated product pricing.”

BGR’s Top Deal of the Day 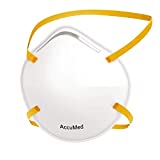 Available from Amazon, BGR may receive a commission Buy Now

As the site explains, Apple issued similar memos in the past ahead of product announcements. Just days before the iPhone 12 was unveiled, Apple told technicians that they should be prepared for AppleCare-related changes which were set to occur at around 10 a.m. PT on October 13th, which was when the event started.

It seems unlikely that Apple has another virtual event planned, especially considering that the week is over and the company failed to send out any invitations, but 5:30 a.m. PT / 8:30 a.m. ET has been the time that Apple has chosen to share press releases on its online newsroom announcing new products, including second-generation AirPods last March, the 16-inch MacBook Pro last November, and the new 13-inch MacBook Pro this past May.

This isn’t a guarantee that Apple will reveal a new product on Tuesday, but it does line up with a recent tweet from Twitter user @L0vetodream, who has accurately spoiled multiple Apple announcements before. On November 14th, the leaker said that Apple was preparing “a Christmas surprise,” and suggested that it would be “good for winter.” It’s unclear what Apple would be planning that would be geared towards use in the cold months of the year, but we know that several devices are rather far along in development, including the AirTags trackers and the AirPods Studio over-ear headphones, which have potentially had their design uncovered in iOS beta code.

Apple may not be as skilled at keeping secrets as it once was, but if a new product is being announced next week, it has been fairly well concealed. We’ll just have to wait until December 8th at 5:30 a.m. PT to find out.

Jacob started covering video games and technology in college as a hobby, but it quickly became clear to him that this was what he wanted to do for a living. He currently resides in New York writing for BGR. His previously published work can be found on TechHive, VentureBeat and Game Rant.

How to watch Four Weddings and a Funeral online for free

How to set up and use a ring light

How to record your screen and webcam in Windows 10

How to measure blood oxygen level with Apple Watch

Can Electric Car Charging Be A Business? – Forbes