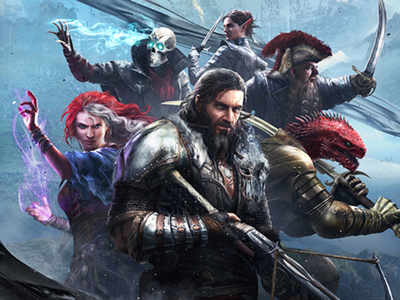 Tech giant Apple has confirmed that it will launch Divinity: Original Sin on the iPad, as per a report by TouchArcade. Apple has been holding developer sessions in the week following the WWDC 2020 event that was held virtually. The reveal was made during a developer session about Xcode 12 and Metal apps. The Definitive Edition of the game would be launched on the iPad but the launch date has not been revealed yet.
Divinity: Original Sin II is a quite expansive game and it would be a challenge, not just to port the game on the iPad, but to try and retain most of the features of the PC and console game on the tablet. The game may also get controller support, but we are hoping for a lot with that wish.
For those not in the know, Divinity: Original Sin II is a turn-based fantasy RPG developed by Larian Studios and published by Japanese game company Bandai Namco Entertainment. The game can be played both in single and multiplayer. Players can team up with upto three others and go explore the fantasy world of Rivellon. You can either go with a default character in the game with a backstory or create your own. The game is there on Microsoft WIndows, Xbox One, PlayStation4, Nintendo Switch and macOS also. It is the successor to Divinity: Original Sin that came out in 2014. The game was a critical and commercial success after its launch, with some reviews calling it one of the best role playing games to have come out in recent years.

How to cancel a Peacock subscription

Dyson to cut 15% of its UK workforce

AKG’s new Y400 headphones are made for fashion-forward consumers

How to remove write protection from USB drives and SD cards

Older PCs are getting the Windows 10 May 2020 Update automatically