When the iPhone X arrived in 2017, it was the first Face ID iPhone. Fast, effective and secure though this was, and though it gave an undoubted sense of intimacy—glance and your phone unlocks when it recognizes you—there was a consequence. This was the cut-out that housed the camera system, commonly called the notch. A new report says that an upcoming iPhone may ditch the notch altogether—a development which would be welcomed by pretty much everybody, I’d say.

According to The Elec, Apple is working on an under-panel placement for Face ID technology, something which had been predicted previously to appear on the iPhone 15 Pro but which won’t be coming with iPhone 15, the report claims.

This would likely mean that Apple will try and include it in the following year’s iPhones, almost certainly restricting it to the Pro models initially. In other words, the iPhone 16 Pro and iPhone 16 Pro Max will probably be the recipients of this tech.

The Elec says (in Google Translate translation, though a shorter, English-language version of the post is also available), “Apple is expected to make a big change to the lower lineup OLED in the iPhone 15 series this year, and to apply the ‘Under Panel Face ID’ function that hides Face ID under the screen from the Pro lineup next year in the iPhone 16 series. Underpanel Face ID refers to a technology in which Face ID, which is required for user recognition, looks like a normal display when this function is not used.”

In other words, the notch would go, to be replaced by a peephole camera area which would be hard to spot when it wasn’t in use.

It’s still not quite full-screen, however, because, as the article continues: “In this case, in the iPhone 16 Pro lineup, when the display screen is turned on, the hole for the underpanel Face ID is not visible, and only the lens hole for the front camera is visible, increasing the sense of immersion.”

Yes, the front-facing camera lens would still be visible. While some phones, notably the Samsung Galaxy Fold4, have managed to put the regular camera under the display and camouflage it successfully, it’s thought that some companies, like Apple, have held back from this process because the camera quality has dropped as a result.

It’s very unlikely that Apple would reduce camera capabilities in order to head to the nirvana of a phone front that had no interruptions at all to the display.

That’s expected to follow, according to The Elec: “Apple is expected to adopt an underpanel camera (UPC) sequentially after applying underpanel Face ID to the front of the iPhone. UPC also has a front camera module mounted under the display, and when the camera function is not in use, the camera lens hole is not visible and the display function is supported. The application principle of underpanel face ID and UPC is the same.”

In other words, if all goes swimmingly, the notch could be replaced with a visible camera circle, perhaps in the iPhone 16 Pro. And, who knows, a year or two later, even that could vanish from sight when not in use, leaving us with a truly full-screen iPhone. Finally. 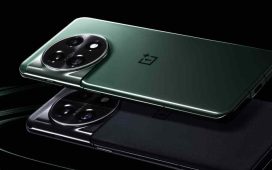