Apple misleads consumers by not including a charger with the purchase of a new iPhone, a new class action lawsuit alleges.

Plaintiff Elizabeth Steines claims Apple began selling iPhones without the charger last year. Apple’s failure to include a charger with a new iPhone sale is not adequately disclosed to consumers, who are left unaware they purchased “an incomplete Product, devoid of essential functionality,” according to the Apple class action.

Apple only discloses in small print on the back of the iPhone product’s box that the iPhone Lighting Cable, power adapter and headphones are sold separately, the Apple class action states.

Steines argues that, by selling the iPhone without a charger, the product is “not adequate for its intended use, which was to function as a phone and mini-computer, because it requires power or energy to operate.”

Steines claims further that consumers who buy a new iPhone and don’t already own a charger are forced to spend more money to purchase one, ultimately increasing the price of the product, according to the lawsuit.

“When Defendant removed the charger, not only was the price of the Product not correspondingly reduced by the amount of the power adapter, the price increased, unrelated to other added functionality which could justify this increase,” the Apple class action states.

Apple claims its decision not to include a charger with an iPhone purchase is environmental, according to the Apple class action.

Steines argues, however, that Apple “could have taken other measures to promote environmental sustainability” instead of allegedly “rendering the Product non-functional unless an additional purchase was made.”

Steines demands a jury trial and requests declaratory and injunctive relief along with an award of monetary, statutory and/or punitive damages for herself and all class members.

She wants to represent an Illinois class and multistate consumer fraud class of individuals who have purchased a new iPhone during the statute of limitations for each alleged cause of action.

Consumers filed a separate class action lawsuit against Apple earlier this month, arguing the company ignored privacy advocates by releasing AirTag devices that can be used by stalkers and abusers to track their victims.

Have you purchased a new iPhone from Apple that did not come with a charger? Let us know in the comments!

The plaintiff is represented by Spencer Sheehan of Sheehan & Associates, P.C.

We tell you about cash you can claim EVERY WEEK! Sign up for our free newsletter. 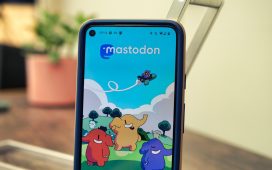