Apple chief executive Tim Cook has voluntarily taken a 40 percent pay cut for 2023, an unusual move that comes “in response to shareholder feedback,” according to the company’s annual proxy statement.

The decision puts Cook’s target compensation at $49 million, down from $84 million in 2022. But his pay will probably exceed that target after bonuses and stock awards.

Apple declined to comment further on the decision to The Washington Post. But in the proxy statement, it acknowledged that the decision balanced “shareholder feedback, a desire to continue to create meaningful performance and retention incentives, and Mr. Cook’s support for changes to his compensation.”

It’s unusual for executives to slash their pay, but CEO compensation has increasingly become a source of public pushback amid growing conversations around income inequality. Executive pay has ballooned 1,460 percent since 1978, according to an analysis by the Economic Policy Institute. CEOs were paid 399 times as much as a typical worker in 2021, an all-time high.

At the company’s annual shareholder meeting in 2022, 64 percent voted to approve Cook’s compensation package, compared with 94 percent the previous year. Advisory firm Institutional Shareholder Services had recommended that voters oppose the package “due to concerns around equity award design and pay magnitude,” according to its proxy research report.

Jan Koors, senior managing director of Pearl Meyer, an executive compensation consulting firm, said that if companies don’t pass the annual shareholder vote on compensation — which is called “Say on Pay” — with a number in the mid- to high 90s, “then you are out of step with expectations.”

“Passing by 60 percent or passing by 70 percent is almost like failing,” Koors said.

As companies and shareholders navigate decisions on executive pay, they’re confronting “competing forces” at the moment, according to Koors. Labor shortage concerns have deeply impacted retention in C-suites, but worries about income inequality are also an issue, particularly in the face of inflation that has outpaced wage gains for many workers.

“How do you explain a merit budget pool that’s 4.5 or 5 percent compared to 8 percent inflation,” Koors said, “when the named executive officers in proxy statements are making a lot of money and companies are reporting their highest-in-history profitability?”

Since Cook replaced Apple founder Steve Jobs in 2011, the tech juggernaut’s market capitalization has exploded by $2 trillion, vastly outpacing gains in the S&P 500 over the same period. The company said Cook’s pay package for 2023 is around the 80th or 90th percentile “relative to our primary peer group for future years.”

The bulk of Cook’s pay is tethered to Apple’s share-price performance. Cook’s base salary is unchanged at $3 million, as is his $6 million bonus, according to the proxy statement.

“The equity awards he has received over time align with Apple’s growth and success and the tremendous value delivered to our shareholders under his leadership,” the company said in its annual proxy statement.

Last January, Apple became the first publicly traded company to hit a market capitalization of $3 trillion. But the challenging economic environment has wiped nearly $1 billion off that value. Apple, like other tech companies, has grappled with fears of a global slowdown, inflation and the continued impacts of the coronavirus pandemic in China, where its products are manufactured.

Cook is worth about $1.7 billion, according to Forbes, which puts him far lower than many of the world’s top earners, despite helming the world’s largest tech company. Cook has previously said he plans to give away his fortune. 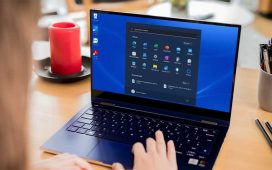 When will Windows 11 support end?