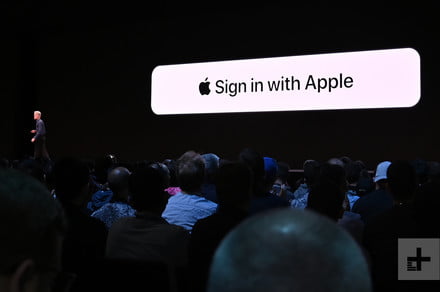 A vulnerability inside Sign In With Apple could have potentially allowed hackers to take over your linked, third-party accounts. Discovered by India-based security researcher Bhavuk Jain in April, Apple has since patched the loophole, and in recognition of the discovery, awarded Jain a bug bounty of $100,000.

Sign-in platforms, including the one by Apple, protect user identity by exchanging a token with the third-party service instead of providing a set of private credentials. This token is produced every time you click, in Apple’s case, the Sign-In With Apple button, and lets the third party authenticate you by running it through Apple’s database.

The bug that Bhavuk came across affected how Apple’s authentication service confirmed who was requesting that token in a session. While Sign-In With Apple needed a valid Apple account to work, it wasn’t verifying whether that same account was the one requesting a token. Therefore, irrespective of the device’s linked Apple account, Bhavuk was able to retrieve a token for any Apple ID and use that to illicitly take over its connected, third-party account.

Even though the victim’s Apple account wasn’t compromised, since that’s never directly revealed in the process, this loophole could have enabled intruders to log into any of the account’s Sign-In With Apple apps. It’s also worth noting that the bug would have proved detrimental only when the third-party service itself didn’t have any additional privacy protections of its own.

“The impact of this vulnerability was quite critical as it could have allowed full account takeover. A lot of developers have integrated Sign in with Apple since it is mandatory for applications that support other social logins. To name a few that use Sign in with Apple – Dropbox, Spotify, Airbnb, Giphy (Now acquired by Facebook). These applications were not tested but could have been vulnerable to a full account takeover if there weren’t any other security measures in place while verifying a user,” wrote Bhavuk in a blog post.

Apple told Bhavuk, after investigating its internal logs, that “there was no misuse or account compromise due to this vulnerability.”

Launched about a year ago, Apple has centered its sign-in service around the idea of a more private and secure login experience. It has been adopted by a number of developers and companies including Airbnb, Dropbox, Adobe, TikTok, and more. It’s unclear for how long this vulnerability was left in the open and how far-reaching its effects would be on early adopters’ trust in the sign-in service. We’ve reached out to Apple regarding the same and we’ll update the story when we hear back.

Apple iPhone 13: Everything we know so far

Good Lock and a handful of modules are now getting One UI 3.0 updates – SamMobile

Samsung Galaxy S21 Plus vs. Galaxy S20 Plus: What did Samsung add to the Plus?

LG says it might quit the smartphone market – Ars Technica