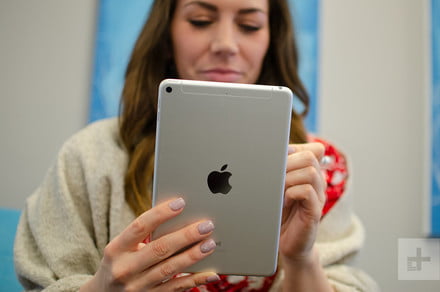 Apple’s iPad Pro refresh might just be around the corner. Spotted by Canadian blog, iPhone in Canada, the manufacturer accidentally listed four new iPad Pro in a Chinese support document on its website. The listings since then have been taken down and match two of Apple’s filings in the Eurasian Economic Commission database.

The listings don’t share any specifics other than they’re cellular and Wi-Fi versions of Apple’s long-rumored 11-inch and 12.9-inch iPad Pro upgrades. Shortly after these additions were spotted, CoinX, an anonymous Apple tipster with a reputable track record, hinted at the imminent launch of new iPad Pro tablets in a cryptic tweet.

Apple’s iPad Pro revamp has been rumored for a while now. Their headlining feature, as revealed by analyst Ming Chi-Kuo, is expected to be an advanced triple-camera system that will be capable of 3D sensing for Augmented Reality functions — similar to the iPhone 11 Pro smartphones. Last month, The Information reported Apple is developing a new keyboard accessory for the iPad that will come equipped with a built-in trackpad.

Earlier reports have suggested these new tablets could arrive in the first half of 2020. However, it’s unclear whether the coronavirus outbreak has pushed those plans back.

A couple of days ago, MacRumors claimed Apple could introduce its MacBook Air refresh with a scissor-switch keyboard this week. So it’s likely the company may take the wraps off the new pair of iPad Pro tablets alongside too. Apple is reportedly gearing up to launch a bunch of new products including the mid-range iPhone 9 and a Bluetooth tracking accessory called AirTags.

Could leasing be the next big thing in phones? Raylo thinks so – here’s how it works – Pocket-lint

Microsoft’s Jeff Teper: Teams ‘will be even bigger than Windows’

Here’s how to listen to podcasts on Android and iOS