Following the well-received UAD plug-in emulation, the AMS Neve RMX16 is now available as a 500 Series hardware unit. Launched in 1982, Advanced Music Systems’ RMX16 was the first-ever microprocessor-controlled digital reverberation unit. Back in the days when the singles charts were dominated by synth-pop bands such as Depeche Mode, OMD and Soft Cell, the RMX16 was a revelation for studios without the space to accommodate an EMT plate let alone a real acoustic echo chamber; even studios with chambers and plates embraced the unit’s multitude of effects and flexibility.

This new reverb module features the nine standard programs offered by the original units along with the nine after-market programs once available only via a separate remote control. All of these basic settings can be modified in various ways and stored as user presets, with a maximum of 100 presets available within the unit’s memory.

The factory presets include various Room, Hall and Plate reverbs as you would expect, along with Echo, Delay and Chorus effect settings. Aficionados of big 1980s snare drum sounds will immediately recognise the sound of the Nonlin setting, which gives a short blast of reverb with an abrupt cut-off, rather like a gated reverb effect. Reverse reverb is also available, as is a special Freeze setting, which would sound a lot more complicated than it is if I attempted an explanation here. One of the great things about this unit is its intuitive style of operation. Selecting basic presets is incredibly simple and tailoring them to suit specific needs takes next to no time to master.

While this new RMX16 faithfully replicates the algorithms of the original design to produce the correct sounds, digital technology has come a long way since the early ’80s. Now we have 32-bit DSP processing along with 24-bit, 48kHz sampling while the high-quality A/D and D/A converters offer in excess of 100dB dynamic range with +22dBu of headroom – impressive stuff.

Looking at the front panel, a 2.4” organic LED (OLED) display window produces an easy-on-the-eye red glow, showing currently selected settings and parameters. Each parameter – such as Decay and Pre-delay – can be selected via its own key, while the value is adjusted by using either the numerical keypad, nudge keys or the new endless rotary encoder; this replaces the simple rotary pot found on original units.

What will they think of next?

Another new addition to this new model is a wet/dry mix control, allowing a blend of the original signal and reverb to be performed within the unit. This control would have been redundant back in the pre-DAW ’80s as the unit would have been patched into an auxiliary send/return, enabling the effect to be dialled into any given channel on the mixing console. Many old-school engineers will want this unit to do just that – indeed, that’s exactly what I do to put the RMX16 through its paces for this review.

Now, I must admit that when I first learnt the new AMS Neve unit I’d agreed to test was a re-creation of the RMX16, I raised an eyebrow. What next, I thought – will Sony reissue their CDP-101?, the world’s first commercially released CD player, launched the same year as the RMX16? In the (almost) ten years I’ve been writing for this esteemed publication, I’ve reviewed hundreds of hardware units and they’ve all had one basic thing in common; they were analogue. Could there really be a market for digital outboard gear? Will retro digital be the new thing for the roaring ’20s? I mean, I get why engineers who work exclusively ‘in the box’ would want software emulations of classic compressors and equalisers, but is anyone really going to shell out north of a grand for sounds originally created with digital technology that’s almost forty years old?

The answer to all the above questions is a resounding yes! You see, I’m one of those old-school engineers who dislikes mixing with a mouse. When I see our UAD Fairchild 670 limiter up on the screen, I still instinctively want to reach into the screen and turn the Threshold dial. And for all the fantastic advances in digital technology over the past four decades, it has to be said, AMS got it right first time with the RMX16. 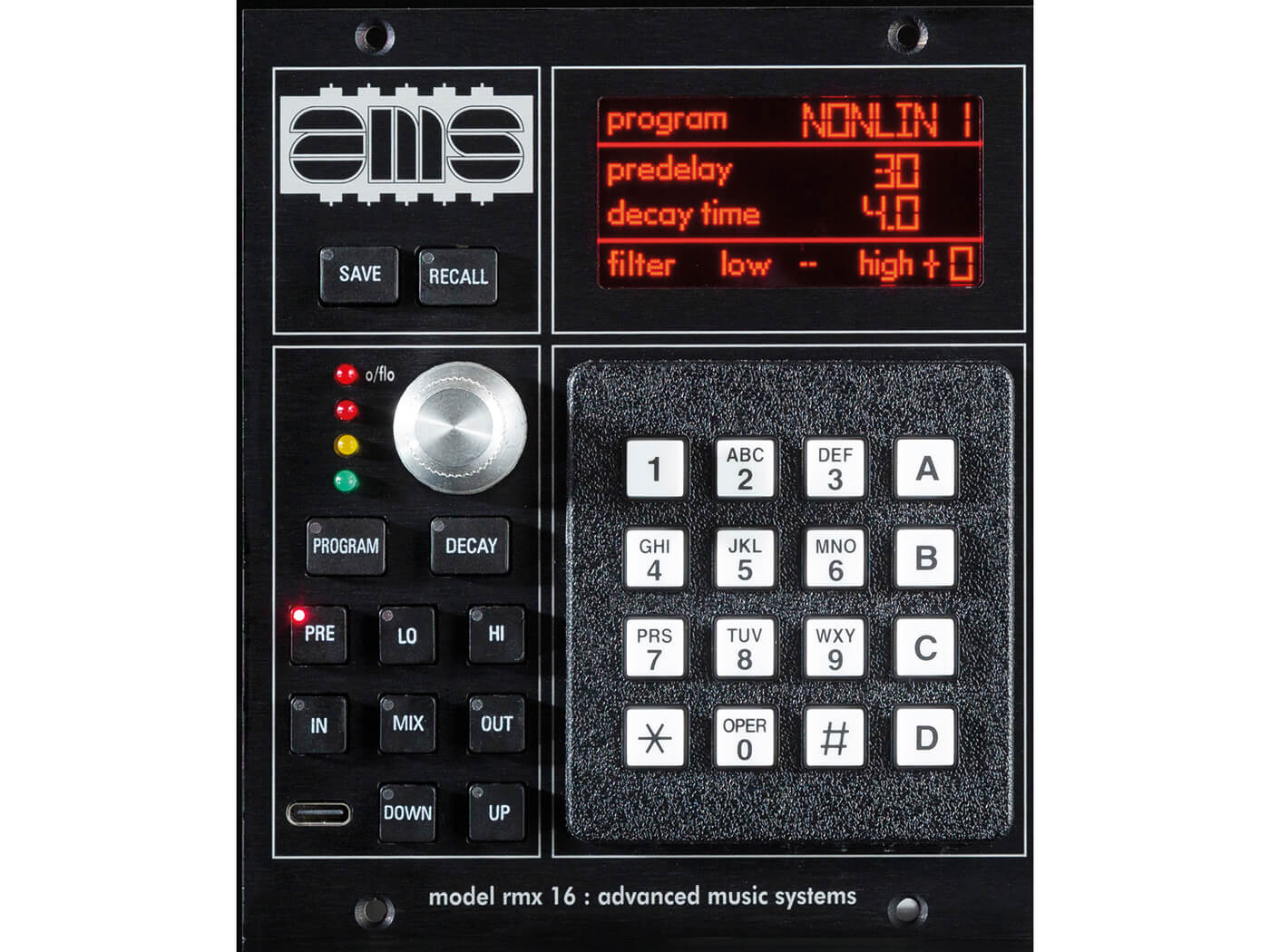 Regular readers may know I’m a dyed-in-the-wool vintage analogue aficionado. Although I love our huge EMT plate and Great British Spring reverb units, I still regularly reach out for our original (1983) Yamaha REV 1. I’ve even been known to fire up the old SPX 990 on occasion if I want some subtle ambience on percussion.

With this in mind, I switch on the RMX16 and, with a previously recorded vocal track, I add some Ambience, which is the first of the original nine factory presets. You would be forgiven for thinking this is a short ‘early reflections’ type of room ambience, however it’s a gorgeous reverb that’s as smooth as it is lush. This has always been one of the most popular settings on the RMX16 and it’s easy to hear why; it adds a lovely ethereal sheen to anything it coats.

The various room, hall and plate settings all sound as you would hope them to, not like the cheap and nasty approximations delivered by the budget multi-effects units that plagued the market before quality software became available. That’s the thing about the RMX16, it sounds rich, believable and expensive; this is first-class quality digital reverb.

Of course, with its early ’80s heritage, I can’t resist trying to recreate some of the pop production effects these units originally inspired. Applying a liberal dose of the Nonlin setting to snare drum and tom-tom spot-mics, produces the familiar blast of gated reverb that made drums sound so huge in the post-punk era. Phil Collins eat your heart out!

Aside from the various reverb settings, the RMX16 also features a Chorus effect as well as a couple of Echo/Delay effects, and can, therefore, be used as a clean delay line for external effects. Using these effects will necessitate use of the Pre, Decay and filter parameters to set delay times, number of repeats and the tone of the echo. These parameters also effectively tailor the sound and impact of the reverberations so, for example, if you choose to use a plate setting on a vocal it’s well worth dialling in a bit of pre-delay so as not to swamp the dry signal. This can also be used to create explosive drum sounds, though best stick to plates, rooms and halls as it sounds quite odd adding a pre-delay to the Nonlin setting.

Although our review studio doesn’t have an original RMX16 for comparison purposes, I A/B check the new AMS Neve hardware with the UAD plug-in version and can’t hear any difference whatsoever with identical settings.

For all us engineers who will always prefer the hands-on approach of hardware to mouse-operated facsimiles, the modern yet authentic AMS Neve RMX16 500 Series is the only serious choice for top-notch, classy digital reverb.

Do I really need this?

Most of us use digital reverb regularly and we all have our favourites, whether it’s simulations of old plates and springs, modelings of echo chambers used in long-standing professional studios, or pure digital creations not claiming to emulate anything else.
Although the digital technology of the 1980s might seem crude and antiquated by modern standards, the truth is much effort went into making the high-end digital gear of the era sound superb. It was in the years following that low-cost, rough-sounding digital do-it-all boxes did much to tarnish the reputation of digital reverb.

While the market for classic analogue microphone preamplifiers, equalisers and dynamics controllers has been thriving for years, it’s only now that engineers are embracing the hands-on approach of using first-rate, pioneering digital gear. If you’re happy manipulating your mouse, the plug-in version has all the sounds. However, if – like me – you are happier pushing faders, flicking switches, turning dials and pressing buttons, the RMX16 500 Series should be high on your audition list. 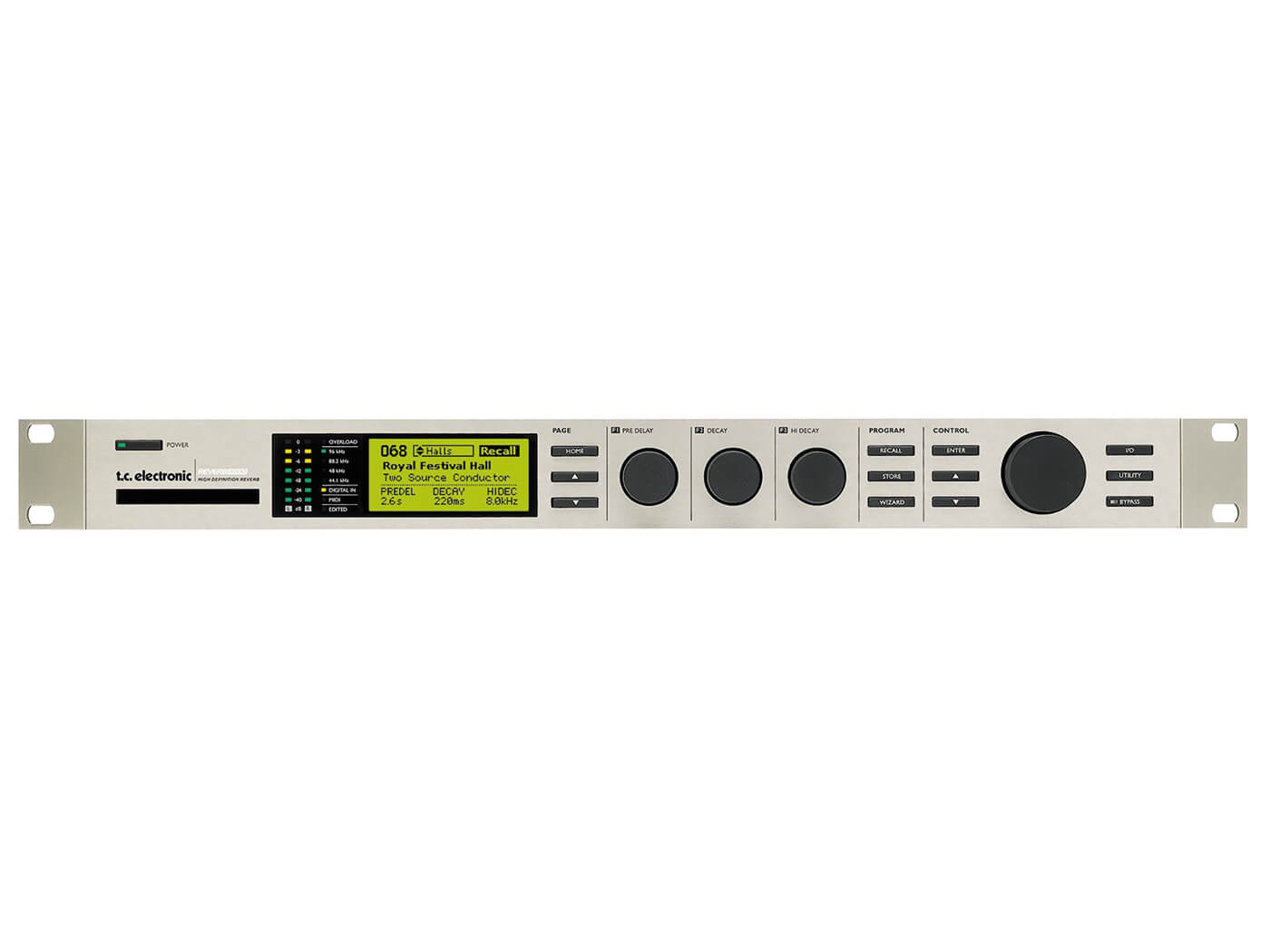 Offering many of the features from the flagship Reverb 6000, this is a 19’’ rack-mount stereo reverb processor featuring 24-bit AD/DA converters and 44.1 to 96kHz sample rates. It has 134 factory presets and allows for 100 user presets. 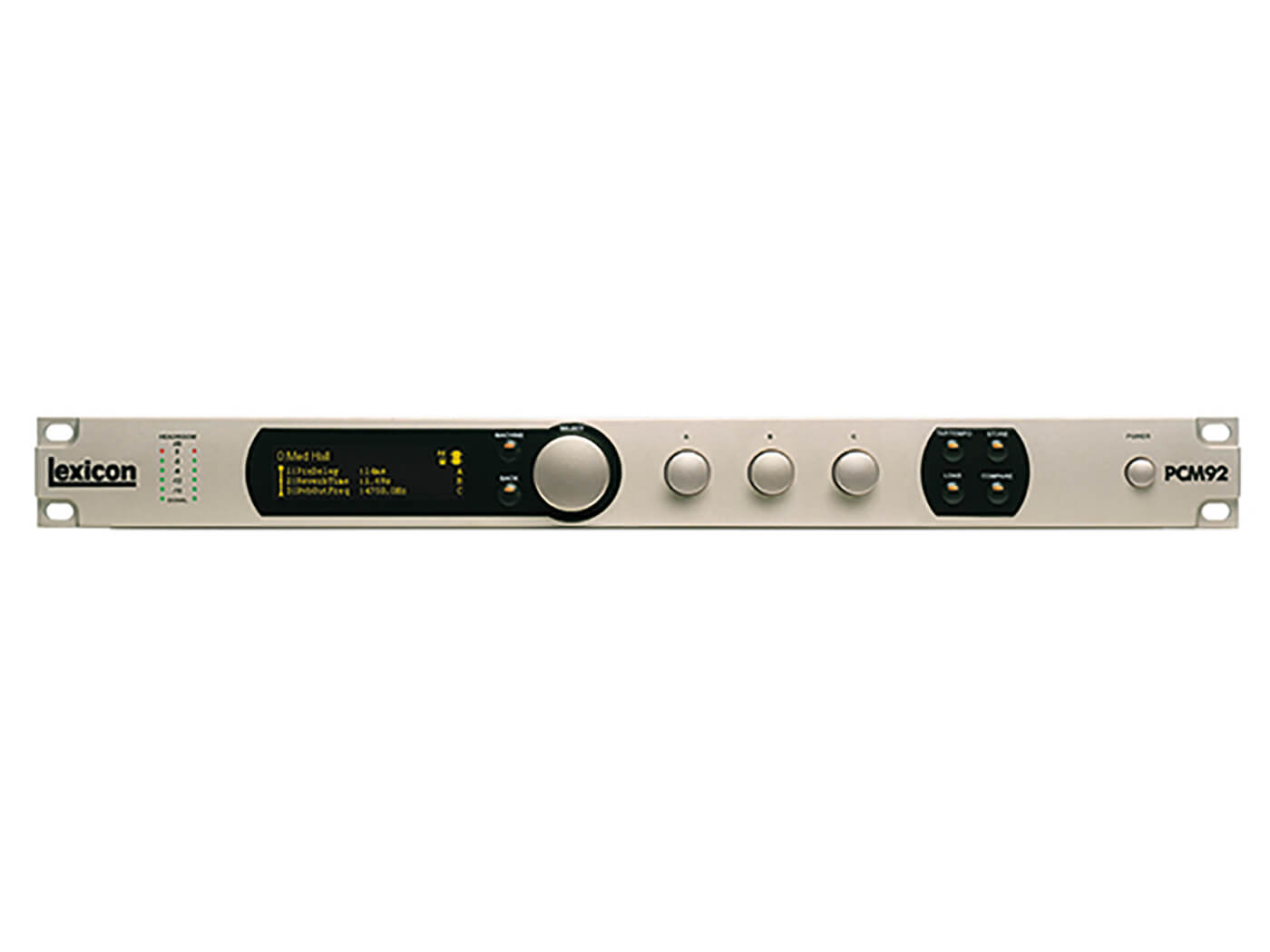 A 1U 19’’ rack-mount unit, the PMC92 features 28 Lexicon studio-standard reverbs, delays and modulation effects. The unit also offers over 1200 factory presets, including room-related effects and multi-voice pitch-shift to enhance vocals.

Penance review – bored of toyboy thrillers? How about some ‘incest’! – The Guardian