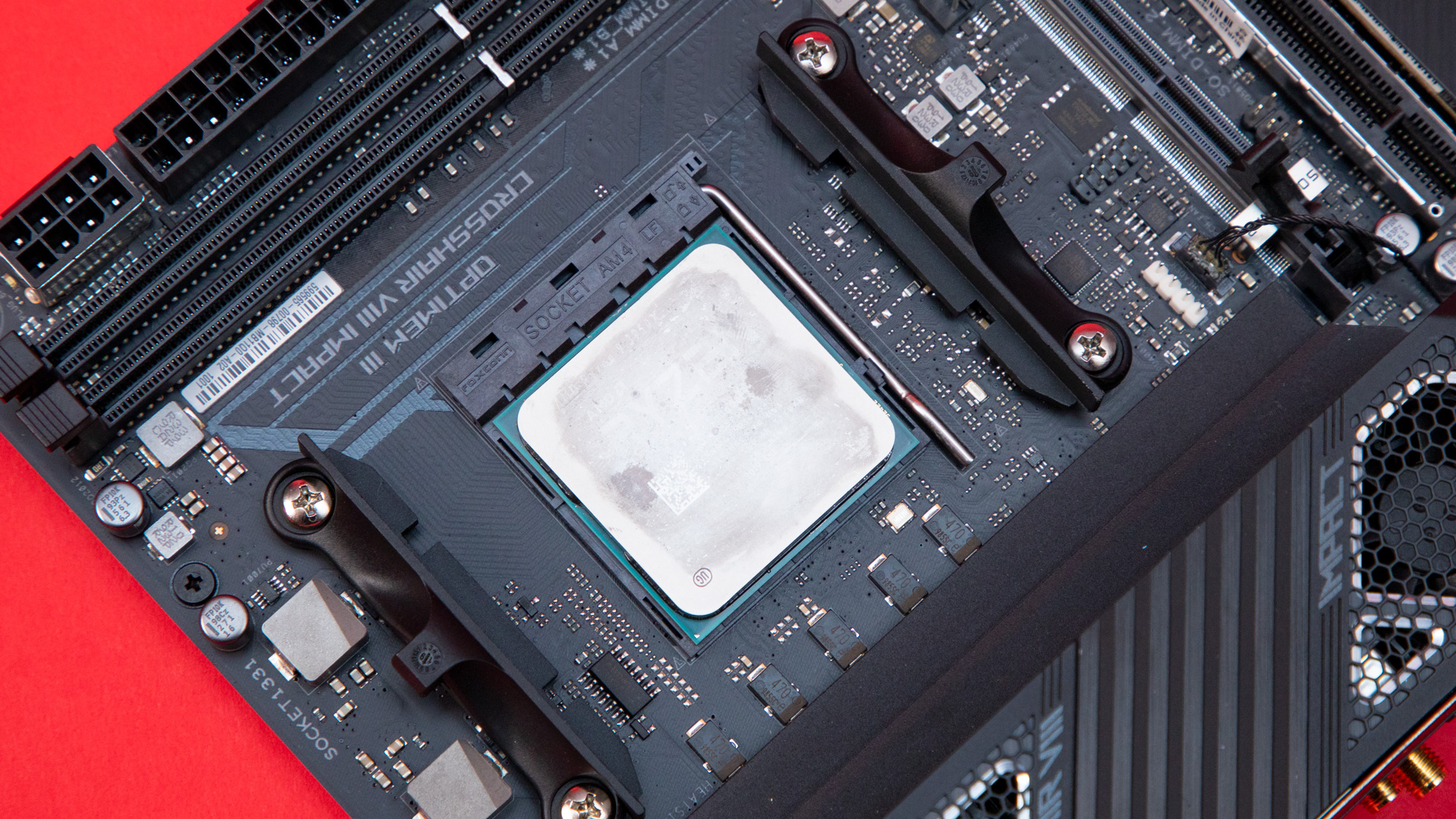 A leaked benchmark for AMD’s Ryzen 9 5950X shows it setting a new record in PassMark for mainstream processors, and by quite some way.

The chart-topping feat for the 16-core CPU needs to be taken with a hefty dose of salt, though, as the benchmark isn’t present in the PassMark database any longer – but as Tom’s Hardware reports, German tech site ComputerBase managed to capture a screenshot before the result vanished.

Assuming it’s genuine, the 5950X benchmark shows the chip hitting a single-thread score of 3,693, a huge total which outdoes the (also pre-release) 5600X which is currently in pole position with 3,495. Intel’s Comet Lake flagship Core i9-10900K is some way behind both of these AMD processors on 3,176.

As for multi-threaded, the 16-core (32-thread) Ryzen 9 5950X puts in a predictably strong performance achieving a purported result of 45,563.

Compared to the outgoing Ryzen 9 3950X, that’s around a 16% performance increase, and in single-threaded, the 5950X is a staggering 34% better, showing just how hard AMD is pushing to get that single-thread performance up – traditionally its big weakness versus Intel’s rival chips.

The caveats are, of course, that it’s worth mentioning again that we shouldn’t get carried away with just a rumored result, and if this is genuine, it’s not clear how the 3950X was being run and if any overclocking had been applied (and indeed what else might have been done to the system, including overclocking other components like the RAM).

The 5950X can certainly be expected to be quite a bit faster than the 3950X, though, given that it’s capable of 200MHz more boost, and that’s before the architectural gains from Zen 3, which are very substantial as we’ve heard AMD boast.

READ  iOS 13.4 update is landing on March 24, and it may fix an annoying iPhone issue

This isn’t the only glimpse of the power of Zen 3 we’ve seen recently either – the aforementioned Ryzen 5 5600X PassMark result is another, and a further leak showed the 5600X overpowering Intel’s Core i5-10600K in SiSoftware Sandra.

While AMD’s new Ryzen 5000 processors go on sale very shortly, on November 5, Intel’s answer – Rocket Lake – won’t turn up until early 2021, and the chip giant better make sure that no Comet Lake-style delays are going to interfere with the delivery timeframe.

The good news for those who want a competitive desktop CPU arena is that despite remaining on a 14nm process, Rocket Lake chips are expected to be a major leap forward in terms of the architectural gains for gamers – and they could push boost speeds up to 5.4GHz or even 5.5GHz according to the rumor mill. If what we’ve been hearing is on or near the mark, Intel isn’t down and out yet, by any means.

Want to know what a supercomputer feels like? Then try this 224-core monster server

US vaccine expert predicts life could be back to normal around...